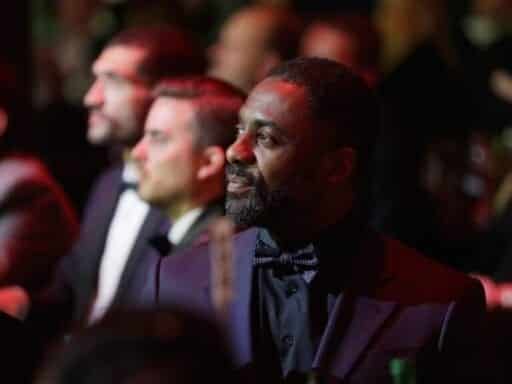 A new round of rumors has us excited once more. But we’ve been here before — and more often than you might realize.

If you’re familiar with Idris Elba, the dreamboat 45-year-old British actor, there’s a good chance you know him as one of two things: 1) hunky Stringer Bell, one of The Wire’s most standout characters in an ensemble full of them, or 2) the perennial rumored frontrunner to play James Bond on the big screen.

Few pop culture rituals are more time-honored and universal than speculating who the next James Bond will be. Ordinarily this only happens once a decade or so, but the current Bond, Daniel Craig (who’s held the title since 2005), has been hinting for years that he might be out of the franchise soon. (He also recently said he’d be returning for the franchise’s 25th outing, which is still in development with no confirmed director — but we all know talk is cheap.)

Buzz about Craig’s replacement has been building for years, and that buzz has returned again and again to Elba — whose position as a bridesmaid to the Bond franchise might actually be his longest-running role to date.

Despite being lauded as the posh black actor the world needs more of, Elba hasn’t quite reached superstardom. His largest studio role to date was the lead in last year’s disastrous flop Dark Tower; his prestige films (Mandela: Long Walk to Freedom, Beasts of No Nation) were seen by few people; and his most acclaimed post-Wire role, on the BBC’s Luther, was an under-the-radar TV series. (He also had a notable recurring role on the American version of The Office.)

Yet Elba has kept his star polished — in part thanks to supporting roles in geek franchises (Pacific Rim and Thor), and in part thanks to his dapper style perpetually landing him on seemingly every “sexiest” and “best-dressed” list of the past two decades. But above all else, the thing keeping Elba in the spotlight is the eternal rumor that he might be the next James Bond.

The latest whispers that Elba is on the brink of being confirmed as the next 007 started this week with a viral Esquire headline — and this time they’re unusually electrifying, because the “news” appears to have come straight from the producer’s mouth. But the details are lost in “a game of telephone” of news reports, and confirmation is as ephemeral as ever.

That hasn’t stopped the jubilation from those who think it’s high time for Elba to step into the role — but not so fast. We’ve been here before, and more often than you might realize.

Don’t believe us? Settle in for a trip through time, folks. Idris Elba has been in the running to play Bond for a full decade — and the conversation around his casting says a lot about how far the pursuit of Hollywood diversity has, and hasn’t, come.

Before Idris, there was … Colin Salmon?

Before Craig was cast in 2005, one of the frontrunners to replace Pierce Brosnan (who played Bond from 1995 to 2002) was British actor Colin Salmon. Salmon, who’s probably best known to US audiences for roles in Resident Evil and The CW’s Arrow, had already spent years in the Bond franchise, playing an MI6 staffer named Charlie.

Though the campaign to have Salmon replace Brosnan is completely forgotten today, in 2004, British media was so sure Salmon would be promoted to the franchise’s lead role that multiple UK outlets reported it as a certainty.

The conviction that Salmon was taking over as Bond was part of what made it such a startling surprise when producers turned to the blond, blue-eyed Craig — then a relative unknown — to carry the series forward.

But while Craig’s casting seems to have completely snuffed out the popular conversation around Salmon, it ultimately gave rise to the mythos of Elba as James Bond.

If Obama hadn’t won the presidency, we might not be here today

The story of how long Elba has been a candidate to play James Bond is also the story of how long Daniel Craig has been sick of playing him. Craig has famously been over the gig almost from the moment his casting was announced in 2005 — and it’s no wonder, given how much physical hardship the now-50-year-old actor had to endure in the grueling role.

By 2008, Craig seemed eager to pass on the reins. Swept up in celebrating Barack Obama’s ascension to the US presidency the day after the election, he told Italian media while promoting Quantum of Solace that the time was right for a black actor to take on the role.

Depending on the source, Craig’s remarks read very differently. Some outlets reported him offering the breezy sentiment, “I think it’s the right moment for a black James Bond,” while others said he used much iffier and far more cynical phrasing:

After Barack Obama’s victory I think we might have reached the moment for a colored 007. I think the role is well suited to a colored actor, because the character created by Ian Fleming in the ’50s has undergone a great deal of evolution and continues to be updated. … However, I think this eventually would probably make Fleming turn in his grave.

This wry, under-the-radar commentary feels prescient now, as if Craig was predicting the decade of controversy over Elba that would follow. His remarks set off a media and cultural frenzy. A bevy of black actors and entertainers came under scrutiny: Who among them boasted the perfect blend of glamour, panache, and badassery required of the fabled 007?

Will Smith and Jamie Foxx both volunteered for the job; names like Djimon Hounsou and Chiwetel Ejiofor were bandied about. P. Diddy spent half a million pounds making an audition tape. Here it is, just for the record:

But from the beginning, Idris Elba dominated the conversation. And the social media buzz started early and kept growing:

Idris Elba as James Bond is an excellent choice. He is sexy and dangerous – and British to boot. re: https://ff.im/2MUf

@wordwill As much as I liked Casino Royale, I vote Idris Elba for the next James Bond

And now it’s time for the obligatory racism section

Unfortunately, Craig’s comments also opened the floodgates for racist outrage. At the top of the garbage pile? This 2008 blog post arguing against casting a black James Bond because “maybe it would also actually be a smart move for Coca-Cola to change the color of their top selling product to yellow, with a dark blue logo… NOT!” But the random blogger who wrote this post was not alone in his opinion. The mere idea of a black James Bond immediately led to plenty of hand-wringing and media gatekeeping.

In the decade since, the naysayers against casting Elba as Bond have included Rush Limbaugh (“We had 50 years of white Bonds because Bond is white”); Bond novelist Anthony Horowitz (Elba is “too street” to play Bond — Horowitz quickly had to apologize for that one); lots of angry Daily Mail readers (here’s but a small sampling); and former Bond Sir Roger Moore, who reportedly told a French reporter that Elba, who was born and raised in London, wasn’t “English” enough to play Bond, and then defensively claimed his remarks had been lost in translation.

Then there’s Mediaite writer Joe Concha, who in 2015 dug up a drawing of Bond from 1958 to prove that Bond is white, arguing that to call “anyone a racist for insisting Bond is white is just more cheap racial dialogue somehow disguised as a moral high ground.”

Just so we’re clear, this is what Bond looked like to Ian Fleming in 1958:

Yes, there are plenty of people who are quick to cite this example as the tried-and-true reason that James Bond should never look any other way. But these days, after many different actors have played the role, lots of fans tend to view 007 as more of an archetype than a single character. And so, in an increasingly multicultural world, this is what James Bond looks like to many fans of the franchise in 2018:

What’s especially striking about the persistence of the Elba-as-Bond rumor is that Elba has done very little, personally, to drive it. Though he’s been responding to it for years and years by this point, he’s always seemed somewhat ambivalent about the idea.

This sort of thing is probably why A-lister after A-lister has come out in support of casting Elba for the role. It’s also probably why the 2014 Sony hack revealed that Sony executives considered him a shoo-in at the time, and why the franchise’s producers have reportedly been meeting with him about the part since at least 2012.

The real mystery isn’t really why the Idris Elba rumor has become a larger-than-life cultural myth. It’s why it’s the myth hasn’t yet become reality. It’s clearly wearying for Elba himself. “I’m probably the most famous Bond actor in the world,” he opined in 2015, “and I’ve not even played the role.” In other words, it’s high time to either cast Elba already or move on.

Alas, at this point, Elba might be too old for the part. Craig was cast at age 37 and immediately began experiencing the pains of aging out of an action-intense role; if Elba is cast, he’ll be 46 just starting the production.

The idea that Elba might be too old to play James Bond is very sad, because clearly no one deserves the role more than a slow-jamming, race-car-driving, Best Ass winner who’s posher than the queen and dresses like he knows it. But there are still alternatives if Bond doesn’t happen for Elba — though they may rely on a rosier view of Hollywood than we’ve yet arrived at.

After all, if Hollywood had more diverse casting, more diverse storytellers, and more diverse kinds of stories, there’d probably already be a new breakout mega-role available to Elba that would be fresh, elegant, and charming. Hell, it might even make James Bond — with his shitty shaken cocktails, his rapeiness, and his horsey midcentury songwriter face, sorry — feel like the dated patriarchal colonial fantasy he’s always been.

Then again, in a world where diverse casting is still an uphill battle, that alternate Elba franchise might be one step too far even for a new generation of fans who seem more than ready for Elba to climb into the Aston Martin.

So dream on, Bond fans. Someday your prince will come.

Elizabeth Warren leads Joe Biden in ranked choice poll
Trump’s Super Bowl interview was 8 minutes of pettiness and empty braggadocio
Mail, groceries, and takeout: How to sanitize the stuff you’re bringing into your home
Why veterans groups want Trump’s VA secretary to resign
“We must end this uncivil war”: Biden calls for unity in inaugural address
Australia is trying to figure out who’s sticking needles in strawberries