CEOs may promise to be ethical, but most of them do the bare minimum, says The Enlightened Capitalists author James O’Toole 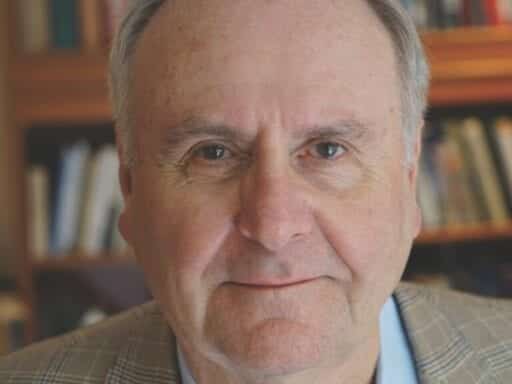 Share
Loading...
James O’Toole, the author of The Enlightened Capitalists: Cautionary Tales of Business Pioneers Who Tried to Do Well by Doing Good, says most business leaders can’t and won’t fulfill their ethical promises. | Christine Burrill

A recent pledge by 181 American CEOs to care about more than their shareholders “had all the moral weight of a New Year’s resolution and about the same odds of being fulfilled,” O’Toole says.

In August, a group of 181 American CEOs — including Walmart’s Doug McMillon, Oracle’s Safra Catz, and AT&T’s Randall Stephenson — publicly pledged to “redefine the purpose of a corporation,” caring about more than just their share price and investing in “all Americans.”

James O’Toole, an expert in leadership and ethics whose most recent book is The Enlightened Capitalists, isn’t holding his breath.

“I felt that that pledge had all the moral weight of a New Year’s resolution and about the same odds of being fulfilled,” O’Toole said on the latest episode of Recode Decode with Kara Swisher. “It’s pretty easy to declare that you’re going to be good, moving forward … I actually believe that some of those CEOs really believed what they said and would really want to do it. But what my research shows is that they won’t and that they can’t.”

You can listen to Recode Decode wherever you get your podcasts, including Apple Podcasts, Spotify, Google Podcasts, and TuneIn.

O’Toole’s book traces the history of capitalist leaders who “tried to do well by doing good,” starting with British industrialist Robert Owen, who offered his workers above-average wages, better living conditions, and educational services for both children and adults; he was forced out of his own company three times by shareholders hungry for higher profits to match its competitors. He said the 181 signatories to the pledge, members of the Business Roundtable chaired by JPMorgan Chase CEO Jamie Dimon, are talking the talk but not yet walking the walk.

“Almost every company in the Business Roundtable, the CEOs in their annual reports for the last dozen years have talked about, ‘Our people are our most important asset,’” O’Toole said. “‘Our customers are so important, all of our shareholders, we care about the environment, we’re doing everything we can.’ But what they do, in fact, is they do just enough to keep activists at bay and they do just enough to keep themselves from getting a bad reputation.”

And the large tech companies who increasingly have Ethics and Compliance Officers, he added, have all but ensured that that position is ineffectual by filling it with lawyers.

“What happens is that compliance becomes the most important thing and the ethics get forgotten here,” O’Toole said. “They know what the law is. Ethics is a gray area, we’re not trained as ethicists. So, what we do is we just make sure that we’re obeying the law.”

The fight for Trump’s tax returns just escalated
The Minnesota primary elections, one of 2018’s fiercest battlegrounds, explained
Members of Congress are richer than ever before, but plenty downplay their wealth
A Catholic cardinal has weathered sex abuse allegations for years. Now they’re finally public
The chaotic Trump-Kim summit aftermath, explained
The good, bad, and weird of Kristen Stewart’s queer Christmas rom-com