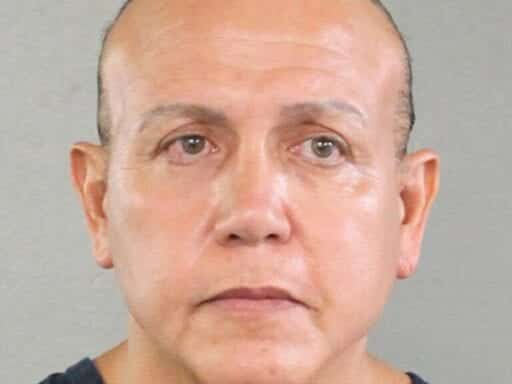 The judge determined he really didn’t aim to kill anyone.

Cesar Sayoc, the man who sent pipe bombs to prominent Democrats and critics of President Donald Trump back in October, will now spend two decades behind bars.

Sayoc admitted in March to sending 16 crude bombs around the country to 13 political and media figures ahead of the 2018 midterm elections. Targets included current 2020 presidential candidate Joe Biden and former Secretary of State Hillary Clinton, Trump’s rival in the 2016 presidential election. No one was injured, but the potentially deadly packages certainly sparked fear throughout the country.

A federal judge on Monday concluded that Sayoc, a 57-year-old former pizza delivery driver and strip club worker, “hated his victims” but “did not wish them dead.” That may help explain why Sayoc received only a 20-year sentence as opposed to the life sentence prosecutors sought. However, US District Judge Jed Rakoff did “conclude in the end that Mr. Sayoc, though no firearms expert, was fully capable” of making functional bombs “if he really wanted.”

Sayoc had previously told the judge that he never intended for the bombs to go off. Even so, he showed plenty of remorse for his actions. “I am beyond so very sorry for what I did,” he told the judge. “Now that I am a sober man, I know that I was a sick man. I should have listened to my mother, the love of my life.”

Sayoc sent his first packages in October 2018, with the first arriving at the home of billionaire George Soros. He quickly became identified for driving a white van covered in pro-Trump and anti-liberal stickers. As Vox’s Jane Coaston noted in October, “[t]he focus of Sayoc’s van was railing against Trump’s purported enemies in support of the man Sayoc described as ‘A man of his word over 40 years.’”

The Florida man’s lawyers pointed to the van as a symbol of how far he had gone down the conspiracy theory hole.

“He truly believed wild conspiracy theories he read on the Internet, many of which vilified Democrats and spread rumors that Trump supporters were in danger because of them,” Sayoc’s lawyers wrote to the judge before the sentencing hearing. “He heard it from the President of the United States, a man with whom he felt he had a deep personal connection.”

Sayoc will now have a chance to think about his actions for many more years to come.

How the LGBTQ rights cases before the Supreme Court affect all Americans
The secret history of Area 51, explained by an expert
The conversation about diversity in tech is getting hijacked by bad research
Joe Biden gets his first primary win in South Carolina
In praise of polarization
China may double its nuclear arsenal in just 10 years. Don’t panic.