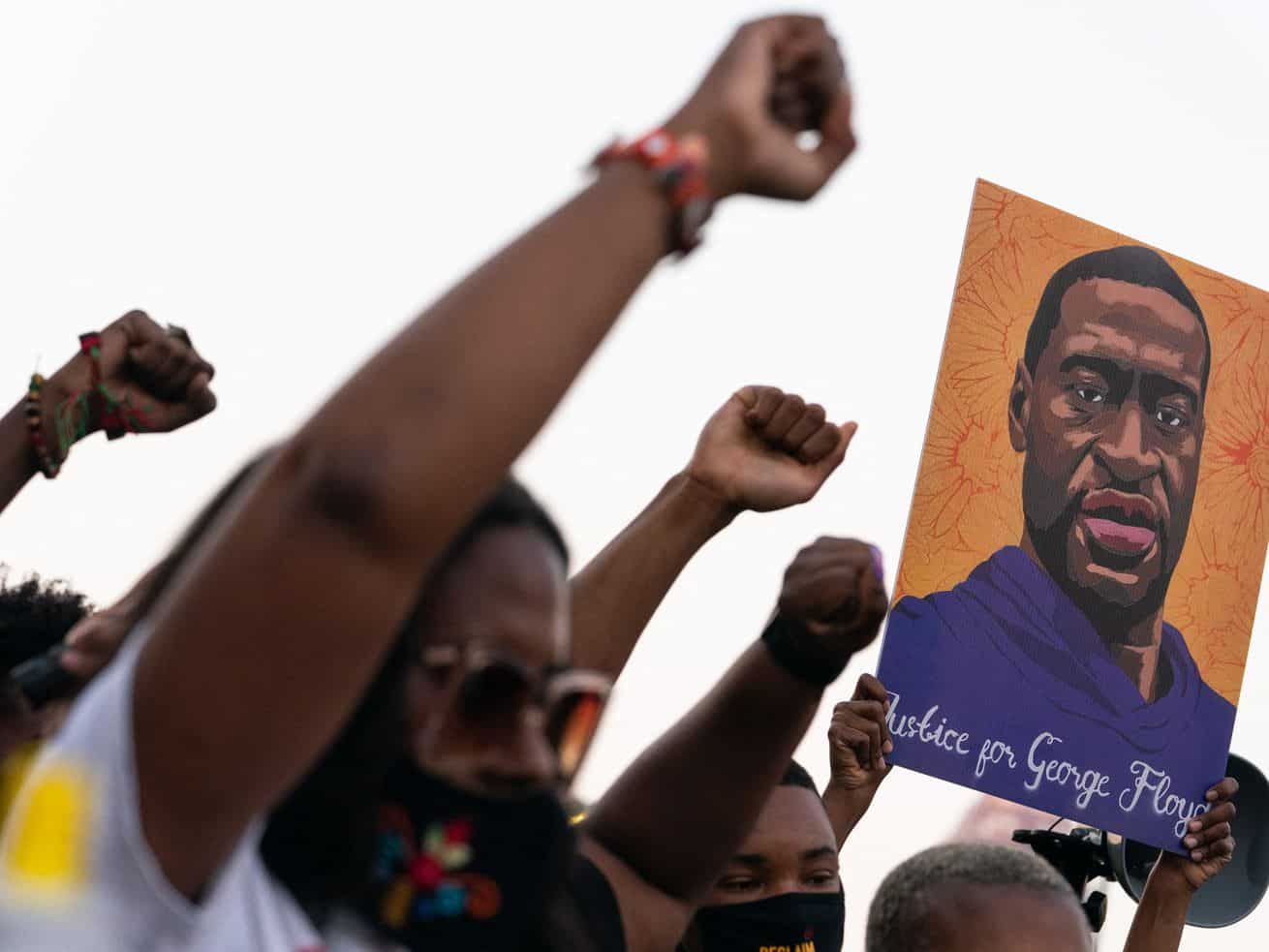 Though Chauvin will be behind bars, police violence continues to plague America.

In April, people around the country awaited the verdict in the murder trial of former Minneapolis police officer Derek Chauvin. The video of George Floyd, pinned to the ground by Chauvin’s knee for nine minutes and pleading to breathe, had gone viral the summer prior, setting off a wave of protests around the world. After just 10 hours of deliberation, jurors returned, with a conviction of second-degree unintentional murder, third-degree murder, and second-degree manslaughter. People took the streets to cry, hug, and gather, the verdict bringing both a sense of relief that an officer was going to face consequences for enacting violence — a rarity in the criminal justice system — and anger, since any outcome wouldn’t bring Floyd back.

On Friday, Chauvin will be sentenced based on the most serious offense, second-degree murder, which carries a maximum charge of 40 years. Judge Peter Cahill has wide discretion to determine the sentencing, with prosecutors calling for 30 years and Chauvin’s defense team seeking just probation.

This being one of the highest-profile trials of police violence that America has ever known, there is great pressure wrapped up in this moment. “This is a unique case with an enormous amount of visibility and attention from the entire globe, and if we are honest, it has an impact,” said Christopher Brown, principal attorney at the Brown Firm, which has sued police officers in excessive force cases.

According to Brown, Chauvin’s sentence should ultimately send a message to the criminal justice system about fairness, justice, and the need for change when it comes to police use of force. “We can hope the sentence is one that jump-starts further positive dialogue on the issue of excessive force,” he said, adding it is important for it ”to serve as a means of promoting discussion about improving police policies and procedures across the country.”

But while Chauvin’s punishment will likely send ripples through police departments across the country, Chauvin’s time behind bars still won’t exactly represent justice, activists say. Just hours before the Chauvin verdict was announced on April 20, a police officer shot and killed 16-year-old Ma’Khia Bryant in Ohio. This was after an officer shot and killed Daunte Wright in Brooklyn Center, Minnesota, just 10 miles from the courthouse where the Chauvin trial was underway on April 13. At least 181 Black people were killed at the hands of police between the time of Floyd’s murder on May 25, 2020, and the end of the trial, according to the Mapping Police Violence database.

Activists say that the fight for justice will continue long after Chauvin’s sentencing, until police stop killing Black people indiscriminately.

“The length of a prison sentence has never been the definition of ‘justice’ for us. Justice would have meant that George Floyd would still be alive today. Justice would mean that our systems seek to address the issues of violence systemically, not be showcasing a bad apple here or there to take the fall,” said Amara Enyia, the policy research coordinator for the Movement for Black Lives. “Justice requires true commitment to changing the systems that have harmed so many communities. We cannot lose sight of that vision — even in the face of a long prison sentence for Chauvin.”

On June 3, 44 days after the Chauvin verdict was announced, members of the US Marshals Service task force shot and killed Winston Boogie Smith Jr., a 32-year-old Black man living in Minneapolis. For weeks, Smith’s family’s demanded answers after officials said that there was no video evidence of how law enforcement killed him. His death set off protests in the city; during one of them, Deona Knajdek, a 31-year-old mother of two, was killed when someone drove a vehicle into the crowd of protesters.

The deaths kept national attention on Minneapolis ahead of Chauvin’s sentencing, strengthening distrust in law enforcement and demonstrating how one conviction does not solve police violence. In the past 10 years, Minneapolis has tried many police reforms, including adopting body cameras, rolling out racial bias training, and changing use of force guidelines, with little success in eliminating police violence, as Vox’s Sean Collins reported. After Floyd’s death, the city’s officers had new protocols to follow, like having to explain why they drew their weapons, banning chokeholds, limiting no-knock warrants, and barring firing at moving vehicles. But activists say the reforms didn’t address the root causes of police violence.

Instead, activists continue to work to inform the community about police violence and are taking steps to amend the city charter to cut the police budget and redirect funds to mental health services, violence prevention, and education, after the city council failed to do so after Floyd’s death. A poll conducted in August 2020, two months after the height of the protests, found that the majority of Minneapolis residents (73 percent) were in support of defunding the police.

But the permanence of police violence is not just present in Minneapolis. It continues in North Carolina, where police shot and killed Andrew Brown Jr. in late April; and in Hawaii, where police shot and killed Lindani Myeni in early June. And while voters passed police reforms in cities and states across the country in November — from redirecting police funding to housing and other services in Los Angeles to an expansion of a police oversight board in San Francisco — there’s more work to be done to create meaningful legislation and a lasting shift in public opinion, activists say. Polls have shown that support for Black Lives Matter, which reached a record high during protests after Floyd’s death, had dropped from 67 percent last June to 55 percent in September.

Lasting change will mean more Americans remaining engaged in anti-racism efforts, in the work of fighting to reimagine an America that lifts all communities, activists say.

“This will be George Floyd’s indelible mark on the country’s longstanding need to address police violence against African Americans: promoting important and necessary dialogue on the issue of excessive force by officers who are tasked with protecting and serving,” Brown said.

If there is one sign that there has been a significant cultural shift in how Americans think about the racist practices embedded in the county’s institutions, it’s that there’s been pushback to any semblance of a reckoning. This has manifested in bills to ban anti-racist education and limit voting rights in communities of color. “The escalated attacks on Black people have spread not just through police killings, but in the increased attempts to criminalize protest through anti-protest legislation sweeping the country, the voter suppression laws that have been sweeping the country, and even the latest hysteria over critical race theory,” Enyia said. “Those increased attacks only show that we are being effective in our organizing and that we must keep persisting.”