China has censored the Archive of Our Own, one of the internet’s largest fanfiction websites 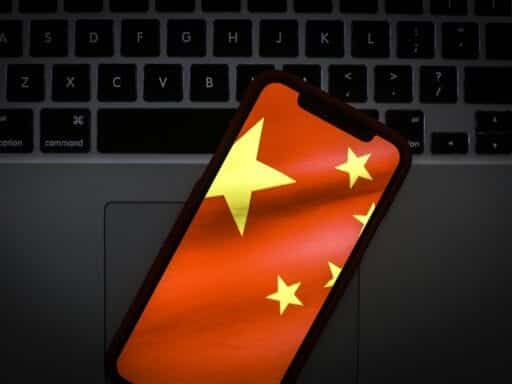 The Archive of Our Own (AO3), the Hugo-winning fanfiction website, is the latest casualty of Chinese censorship, amid a continued crackdown in the country on queer content, sexually explicit content, and websites based abroad.

Reports surfaced on February 29 that AO3 was no longer accessible through the national Chinese web, and the site appears to be blocked from view within the country, according to Comparitech, a service that allows users to check whether China has blocked a website. In a tweet confirming the ban, the Organization for Transformative Works, the non-profit group that runs AO3, seemed surprised. It’s unclear whether the OTW was contacted by Chinese authorities before the site was blocked. (Vox has reached out to the OTW for comment.)

Unfortunately, the Archive of Our Own is currently inaccessible in China. We’ve investigated, and it is not due to anything on our end. We’re keeping Chinese users updated on our Weibo: https://t.co/B4r3IEj0fU

The news immediately spawned unverified rumors that one of China’s biggest recent fandoms had inspired the ban. The Untamed is an internationally popular 2019 Chinese web series based on a queer romance novel originally published online. And there are more than 14,000 fanfics related to The Untamed on AO3. The rumors, which surfaced from within the Chinese internet, involved the large adjacent fandom for The Untamed’s main actor, Xiao Zhan, and focused on unsubstantiated reports of a harassment campaign launched by critics of Xiao Zhan against AO3 fanfic writers who wrote fic about him.

The Untamed premiered on Netflix in October and has only grown its following since then, while Xiao Zhan has become a huge celebrity since the show’s release. So the idea that fanfiction about the actor had led to the reported censorship of AO3 within China led to widespread alarm, finger-pointing, and outcry, with fans issuing calls to “protect Xiao Zhan” from further harassment. On March 1, after a day of online outrage, Xiao’s studio reportedly issued a public apology for “occupying public resources.”

But although the rumors wreaked havoc within the The Untamed’s fandom (amid simultaneous attempts to halt the spread of misinformation) it seems very likely that the timing was purely coincidental. It’s more likely that AO3 became a target of China’s ongoing attempts to suppress queer and explicit media content, as a part of its larger dedicated pattern of internet censorship.

Chinese censors have been preparing for new, tighter restrictions on the type of content considered acceptable to post online

In January, the Chinese government announced that beginning on March 1 it would be enacting new regulations against content on Chinese websites. The new rules include restrictions on “negative” content. This is likely part of China’s ongoing effort to curtail internet discussion about the months-long Hong Kong protests (which call for a return to the region’s former democratic government) and many other aspects of its restrictive government. The regulations also aim to hold specific websites accountable for the content posted on them.

According to Variety, the new laws place the onus on individual websites to ensure that the content posted on them is primarily positive, uplifting, and devoid of misinformation. A nebulous list of unacceptable content includes content that “harms the nation’s honor and interests,” and any type of “sexual innuendo … sex, gore or horror,” and anything that could potentially “violate social mores.”

These are extremely broad terms which appear to push websites that operate in China toward more zealous self-censorship. It’s possible that the Archive of Our Own, which has always been strident about not censoring content, became one of the first casualties under the new law.

Then again, it’s likely that AO3 would have been censored with or without the new law taking effect, because China has in recent years been cracking down on queer and sexually explicit online content — both of which AO3 has in abundance.

This level of censorship has been occurring in China for some time; in 2011, a censor agency, the Beijing Cultural Law Enforcement Agency, removed 43 online novels deemed pornographic amid a crackdown on dozens of websites. In 2014, a man from Hunan Province was sentenced to a year in prison for the crime of writing pornography.

In 2015, the publishing website Quidian became a target of censorship, with authors reporting that they were unable to publish any type of queer content, explicit or not, without the website removing it due to fear of violating China’s “internet cleansing” laws.

In China, the website Jinjiang is a major publishing platform, comparable to AO3 or Wattpad (another fanfiction site). Thousands of novels, including queer romance and explicit romance novels, have been published on Jinjiang, which has been around for nearly two decades, avoiding censorship largely by self-censoring authors first. But even though it’s an enormous platform with millions of readers, authors frequently publish under pseudonyms to protect their identities because of the complex issue of queer censorship and Chinese laws against profiting from pornography. (Jinjiang, incidentally, is also the website where the novel The Untamed is based on, Mo Dao Zu Shi, was first published in 2015.)

In 2018, an author who published on Jinjiang was arrested and sentenced to 10 years in prison for illegally profiting from sales of her explicitly queer writing. In 2019, another Jinjiang author was sentenced to 4 years in prison for illegally selling her work independently, outside of an official publishing house. Though homosexuality was legalized in China in 1997, and the creation of queer subject matter is technically legal, the harsh sentences issued over minor associated crimes like these effectively oppress queer content by establishing a high risk for anyone creating it. Meanwhile, alongside the arrests, Jinjiang itself was removing and self-censoring much of its queer content in an attempt to placate the government. The popular China-based social media platform Lofter, which is similar to Tumblr and hosts fanart and other online art, likewise came under fire for hosting explicit content, as did other publishing websites.

It’s worth noting that outside the domain of fiction, it is legal to share information and news about queer issues on sites like the enormous social media platform Weibo (which is essentially China’s equivalent to Twitter). But that’s because in 2018, after Weibo attempted its own cleanup of queer content, Weibo users launched a major sitewide protest, which caused the site to backtrack. Though the government tolerates queer news on social media platforms, the oppressive atmosphere surrounding the topic, and the pressure on websites like Weibo to self-censure their users, encourage tension and fear rather than freedom of expression.

It’s unclear how long social media platforms like Weibo will be able to maintain any sort of permissive stance in the face of China’s ever-increasing restrictions on internet content. But it’s unsurprising that a website like the Archive of Our Own, designed to promote freedom of expression in the form of fanfiction, would be in the line of fire.

It might not be an obvious observation that fanfiction can be an act of subversion. But in a repressive society where everything from expression of queer identity to jokes about Winnie the Pooh can draw the ire of the government, even fans can become an enemy of the state.