China’s genocide against the Uyghurs, in 4 disturbing charts 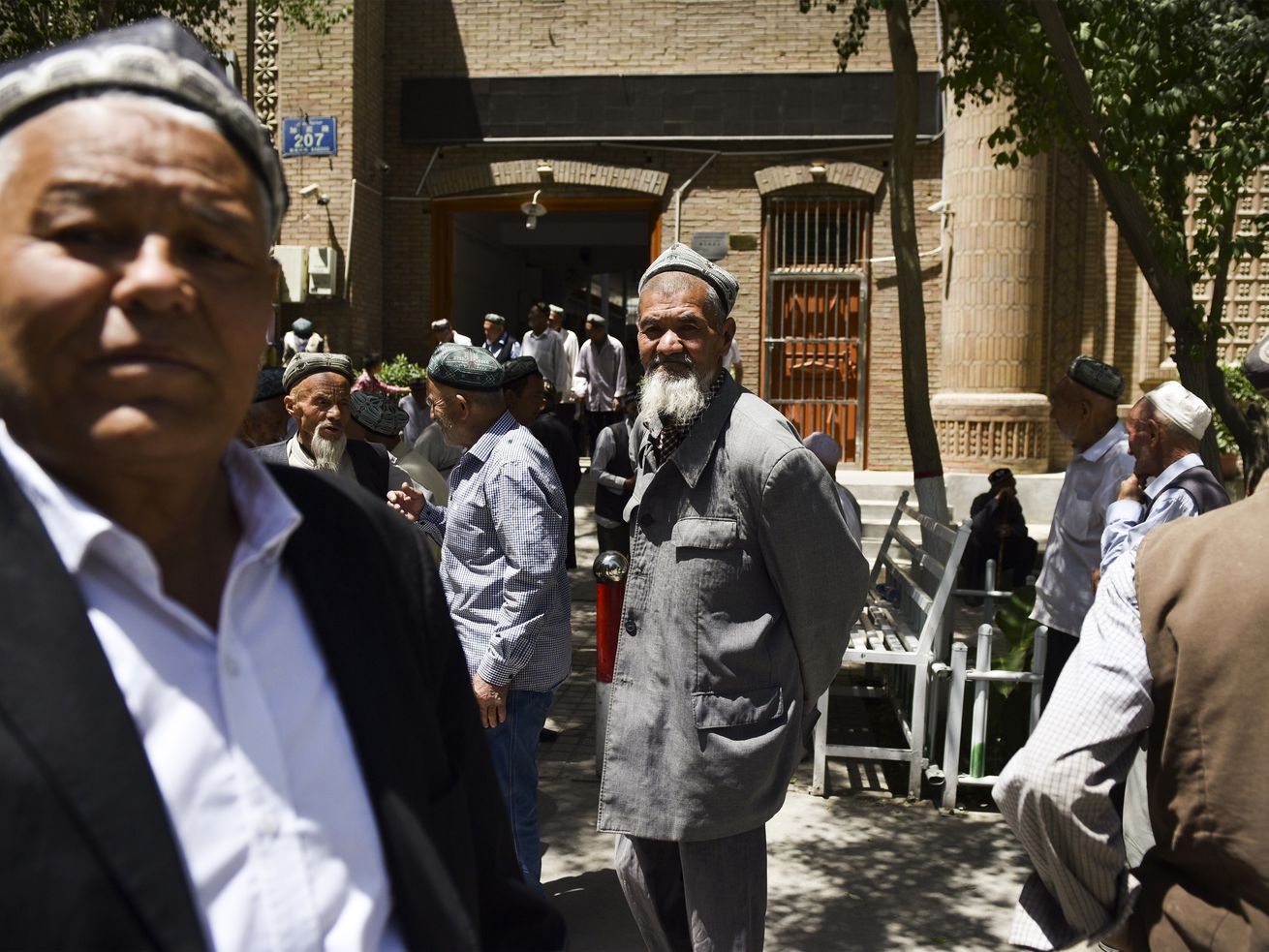 From internment camps to mass sterilization, here’s why the ethnic minority’s birthrate is plunging.

China is responsible for an “ongoing genocide” against its Uyghur ethnic minority, according to the first independent legal analysis of the situation undertaken by a nongovernmental organization. The report, published Tuesday by the Newlines Institute for Strategy and Policy think tank in Washington, DC, brought together the findings of 50 experts in human rights and international law.

Governments around the world are also increasingly declaring that China’s persecution of Uyghurs constitutes genocide. The United States applied that label in January, and the Canadian and Dutch parliaments followed suit in February.

It’s taken three years to get to this point. In 2018, when journalists like myself started reporting that China was putting Uyghurs and other ethnic minorities in internment camps, experts said we shouldn’t call it genocide — yet.

Though they said the camp system’s forced indoctrination and family separation may amount to cultural genocide, there wasn’t enough evidence to show that China’s actions met the UN definition of demographic genocide. Besides, advocates were having a hard enough time convincing the world that China was detaining a million people in camps without trial.

That’s changed. China’s persecution of the Uyghurs — a mostly Muslim ethnic minority that Beijing paints as a separatist and terrorist threat — is now well established. Several survivors have reported enduring torture in the camps. We’ve also learned that China transfers many of the detainees to factories across China to perform forced labor. There’s evidence that this forced labor has leached into the global supply chain for products we all use, from companies like Apple, Microsoft, and Amazon.

The new report says that the Chinese government’s actions have violated “each and every act” prohibited by the UN Genocide Convention, namely: killing members of the group, causing serious bodily or mental harm, deliberately inflicting conditions of life calculated to bring about the group’s physical destruction, forcibly transferring children to another group, and imposing measures intended to prevent births within the group.

Evidence that China is breaching that last prohibition has come in recent months from Uyghur testimonies as well as the Chinese government’s own statistics about Xinjiang, the northwestern region where Uyghurs are concentrated.

Take a look at this chart compiled using data from the China Statistical Yearbook (and originally tweeted by an Australian data analyst in slightly different form). The x-axis shows the year and the y-axis shows the number of births per 1,000 people. We can see that in Xinjiang, the birth rate has halved in two years.

Adrian Zenz, a leading China scholar and senior fellow at the Victims of Communism Memorial Foundation in Washington, DC, added that the “natural population growth decline, which started in 2016/17, is even more shocking when you differentiate minority counties in Xinjiang from counties with a predominantly Han population.”

In a report released last summer, Zenz showed — using data from the Xinjiang Statistical Yearbooks — that between 2015 and 2018, population growth in the largely Uyghur areas of Kashgar and Hotan fell by a whopping 84 percent.

This wasn’t only because China was splitting up Uyghur couples by sending some individuals to the camps. China was also slashing the Uyghur birth rate with the use of policies like mass sterilization and forced IUD implantation.

Meanwhile, the rates of IUD use elsewhere in China dropped, as you can see in this chart compiled using data from China’s official Annual Health and Hygiene Statistical Yearbooks. The y-axis shows the number of IUD placements per 100,000 people.

Zenz’s report explained how the government arranged to subject women to this abusive treatment in their home communities: “Documents from 2019 reveal plans for a campaign of mass female sterilization … Xinjiang planned to subject at least 80 percent of women of childbearing age in the rural southern four minority prefectures to intrusive birth prevention surgeries (IUDs or sterilizations), with actual shares likely being much higher.”

He also pointed out that “budget figures indicate that this project had sufficient funding for performing hundreds of thousands of tubal ligation sterilization procedures in 2019 and 2020, with at least one region receiving additional central government funding.”

After Zenz published the report, the Xinjiang government denied that forced sterilization or genocide was taking place. Instead, it told CNN that the plunging birth rate was due to “comprehensive implementation of the family planning policy.” As CNN explained:

Up until 2015, the Chinese government enforced a “one-child” family planning policy countrywide, which allowed most urban couples no more than one baby. Ethnic minorities, such as the Uyghur people, were typically allowed to have up to three but Xinjiang expert Zenz said that families from these groups often had many more children.

When China officially began the two-child policy in January 2016, Uyghur citizens living in cities were limited to two children for the first time as well — their rural counterparts could still have up to three.

The Xinjiang government attributed the sudden drop in population to Beijing’s family planning policies finally being properly implemented in the region after 2017.

Although the government denied the role of forced sterilization and claimed that compliance with family planning policies is voluntary, Zenz responded that it was not very likely that “17 times more women spontaneously wanted to be sterilized.”

Take a look at this chart, compiled using data from China’s Health and Hygiene Statistical Yearbooks. The y-axis shows the number of sterilizations per 100,000 people.

China’s own documents seem to rebut its official denials. They show that as the network of camps grew, women were threatened with internment if they violated the birth control policies for rural Uyghurs (maximum three kids per family). One government document from May 2018, cited in Zenz’s report, said that women with too many kids must “both adopt birth control measures with long-term effectiveness and be subjected to vocational skills education and training.”

In other words, they’d get sterilizations or IUDs, plus time in an internment camp.

And in fact, in Xinjiang’s “Karakax List” — a leaked government document that details the reasons why hundreds of people were interned — childbearing violations were the most commonly cited reason for internment.

Uyghur survivors speak out on reproductive and sexual violence

In recent months, several Uyghur survivors have testified that the camps themselves have become sites of sterilization by injection, forced IUD implantation, and forced abortion.

Tursunay Ziyawudun, who spent nine months inside the camp system, told the Associated Press that she was given injections and kicked repeatedly in the stomach. Now, she no longer gets her period and can’t have children. (The AP obtained Xinjiang hospital slides revealing that pregnancy prevention injections, including with Depo-Provera, are a commonly used measure for family planning.) Ziyawudun also said a “teacher” at the camp told the women that if they were found to be pregnant, they would have to get abortions.

Survivors are also coming forward with accounts of sexual abuse and torture in the camps. In new interviews obtained by the BBC, they talk about public gang rapes, about electrified sticks that are inserted into women, about male officials picking the prettiest young women and taking them to a “black room” where there are no surveillance cameras.

Ziyawudun told the BBC that in May 2018, she and a cellmate in her 20s were taken at night to separate rooms. “The woman took me to the room next to where the other girl had been taken in. They had an electric stick, I didn’t know what it was, and it was pushed inside my genital tract, torturing me with an electric shock.”

She was brought back to her cell, and later, her cellmate returned too. “The girl became completely different after that, she wouldn’t speak to anyone, she sat quietly staring as if in a trance,” Ziyawudun said. “There were many people in those cells who lost their minds.”

The interviews are hard to read. And the charts above — which show a people whose numbers are in stark decline — are hard to look at. But it’s important to witness what China is doing to its Uyghur population. It has been largely neglected by the public, yet it looms as one of the most horrifying humanitarian crises in the world today.

Perhaps one of the reasons people have turned away from this crisis is because it’s hard to know what to do about it, given China’s economic might and political power. However, there are promising US bills to keep an eye on, including a new one seeking to expedite refugee applications from Uyghurs, as well as worthy advocacy groups and schools helping Uyghurs keep their culture alive.

Thursday evening update: where the presidential race stands
The first Democratic debate shows how far the party has moved to the left
The Pentagon doesn’t know if US-made bombs killed kids in Yemen
For Black Americans, the middle class has always been a mirage
Border arrests dropped in August. That doesn’t mean the crisis is over.
Juneteenth should remind America what it owes black citizens