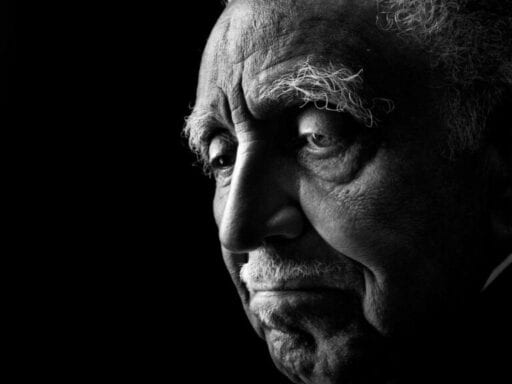 He remained committed to social justice — from fighting racism to speaking out against income inequality — throughout his life.

Reverend Joseph Lowery, a cofounder of the the Southern Christian Leadership Conference and a social justice icon often hailed as “the dean” of the American civil rights movement, died on Friday night. He was 98 years old.

During a lifetime devoted to civil right activism, Lowery worked alongside leaders like Revs. Martin Luther King Jr. and Jesse Jackson, and played a prominent role in organizing the protests, civil disobedience and political pressure campaigns that helped combat institutionalized racial segregation in American life in the 20th century.

Lowery was born in Huntsville, Alabama in 1921, and was the son of a shopkeeper and a teacher. He told the Atlanta Tribune magazine in 2004 that his journey toward becoming a civil rights activist likely began around the age of 12 or 13 when a white policeman hit him in the stomach with his nightstick and said, “Get back ni**er. Don’t you see a white man coming in the door?”

Lowery became an ordained Methodist minister after attending college, and served as a pastor for close to fifty years.

He organized protests in the early 1950s aimed at desegregating buses in Mobile, Alabama, and was involved in coordinating the 1955 Montgomery bus boycott, a watershed moment in the civil rights movement which ended segregation of the city’s public transportation.

In 1957 he and a number of other black ministers co-founded the Southern Christian Leadership Conference, a group originally was headed by King and later led by Lowrey that coordinated protests across the South.

Famously, Lowrey personally delivered protestors’ demands to the state’s segregationist governor, George Wallace after the 1965 march for voting rights from Selma to Montgomery, Alabama surrounded by the National Guardmen who protected him from Wallace supporters and state troopers barring his way.

Lowery accepted an apology from Wallace in 1995. ”Thirty years ago he beat us,” Lowery said to NPR at the time. “Thirty years later he came to greet us. I think that’s significant.”

Lowery remained an activist until his death

The reverend continued his activism long beyond the 1960s, and devoted himself to a wide range of causes including ending apartheid in South Africa, Palestinian liberation, and criticizing US foreign policy, and working towards criminal justice reform, calling the US justice system “the last facet here of racial oppression.”

At the 2006 funeral for Coretta Scott King, civil rights activist and widow of Martin Luther King, Lowery made a splash by bluntly criticizing President George W. Bush over the Iraq war and other policies — as Bush sat front row.

“We know now there were no weapons of mass destruction over there, but Coretta knew, and we know that there are weapons of misdirection right down here,” Lowery said. “Millions without health insurance. Poverty abounds. For war, billions more, but no more for the poor.”

And Lowery was one of the first civil rights era veterans to advocate for gay rights, summing up his position to MSNBC in 2012: “I don’t think you can say we believe in equal rights for some people but not for others. I think that’s what we call an oxymoron. I think if you believe in equal rights, you have to grant them to all the people.”

President Barack Obama asked Lowery to deliver the benediction at his inauguration in 2009. During the inauguration, Lowery offered a prayer as part of his blessing: “In the joy of a new beginning, we ask you to help us work for that day when black will not be asked to get in back; when brown can stick around; when yellow will be mellow; when the red man can get ahead, man; and when white will embrace what is right. That all those who do justice and love mercy say Amen.”

“[Lowery] remained an activist long after lots of other people decided that the civil rights movement was over,” Stanford University history professor Clayborne Carson told NPR. “There are long distance runners in this struggle and he was certainly one of those.”