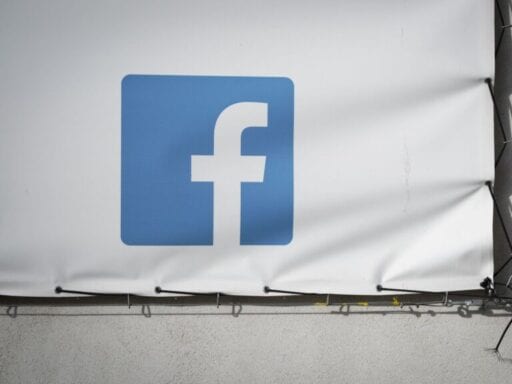 The NAACP, the Anti-Defamation League, and others say they are sick of waiting for changes.

Amid ongoing protests against police brutality and racism, a new campaign from organizations including the NAACP and the Anti-Defamation League is urging advertisers to pull their spending on Facebook ads for July, emphasizing the platform’s repeated failure to curb hateful and false content. The campaign, which is called “Stop Hate for Profit,” is just the latest effort to hold Facebook accountable for how its platform enables and even benefits from racism and misinformation.

The organizations, which also include Color of Change, Common Sense, Sleeping Giants, and Free Press, point to several examples where they say Facebook has failed. They specifically point to the social network enabling “incitement to violence against protesters” amid recent anti-police brutality demonstrations; its decision to make Breitbart a news source on its platform and to enlist the Daily Caller as a fact-checking partner; its failure to remove Holocaust denial from the platform as a form of hate; and allowing voting disinformation to target black voters.

The campaign, which was announced in a full-page ad in the Los Angeles Times on Wednesday, adopts a similar approach as previous advertiser-focused efforts that have targeted specific shows and websites. The advertising watchdog Sleeping Giants, which has helped launch similar campaigns against Fox News’s Tucker Carlson and Breitbart, is also supporting the Stop Hate for Profit effort. For civil rights groups — some of which have tried to work alongside Facebook in the past — the approach marks a clear shift in focusing on the core of Facebook’s business.

“We have been continually disappointed and stunned by Mark Zuckerberg’s commitment to protecting white supremacy, voter suppression and outright lies on Facebook,” said Color of Change president Rashad Robinson in a published statement. “A key way for major corporations to demand racial justice is to withhold their dollars until Facebook becomes more responsible and accountable to Black communities on the platform.”

The campaign follows news that Facebook will now allow users to turn off political ads as part of the platform’s larger effort to expand its voter outreach and information efforts. That change followed intense internal debate among the social media platform’s employees over the company’s decision not to act against a post by President Donald Trump in which he wrote “when the looting starts, the shooting starts” about the protests in Minneapolis. That message appeared to threaten violence against protesters and also echoed racist language used during the civil rights movement.

After Twitter labeled a tweet with the same statement as glorifying violence, Trump did attempt to walk back the phrasing, but Facebook’s refusal to take action against the content stirred internal dissent, including resignations and a virtual employee walkout. Facebook’s decision also prompted a call between civil rights groups and Zuckerberg, after which leaders of those organizations said that the Facebook CEO’s explanation for permitting Trump’s posts to remain left them frustrated. “He did not demonstrate understanding of historic or modern-day voter suppression and he refuses to acknowledge how Facebook is facilitating Trump’s call for violence against protesters,” they wrote.

Now the organizations behind Stop Hate for Profit are calling for specific changes to Facebook’s products. These include establishing a “threshold of harm on the platform,” in which someone suffering harassment or hate can interact with an actual human who works at Facebook, as well as creating a specified content moderation pipeline for people who say they’re experiencing hate based on religion or race.

The organizations also want Facebook to make changes to how it generates revenue, including creating “internal mechanisms” that automatically remove ads on content that’s labeled as hateful or misleading and providing refunds to advertisers whose content ends up tagged to such violative content.

The Stop Hate for Profit campaign also calls for moderators affiliated with Facebook to be involved in any online group including more than 150 people and for the company to provide “an internal mechanism to automatically flag content in private groups associated with extremist ideologies for human review.” That comes following extensive reporting documenting how misinformation, including fake news about the coronavirus, can especially thrive in private groups.

In response to the campaign, a Facebook spokesperson seemed to emphasize its view that the company was in a difficult spot, though it’s yet to generate widespread sympathy.

“There are competing pressures every day when managing a platform,” the spokesperson said in an emailed statement. “Our focus is to act on what is most important: removing hate speech and content that harms communities, while using our platform for efforts like providing authoritative information about registering to vote.”

Of course, how the Stop Hate for Profit campaign will spur change at Facebook is yet to be seen. But since the cornerstone of Facebook’s business model is advertising, this new effort does aim to hit the company where it hurts.

The charges in the Harvey Weinstein verdict, explained
Vandalism and theft aren’t helping
First cake, now flowers: Supreme Court gives florist who refused to serve gay wedding a new hearing
Trump was asked to denounce white supremacy. He wouldn’t.
Trump won’t host the G7 at his Miami resort after all
How to watch the last Trump-Biden debate