Climate change lawsuits are not going away 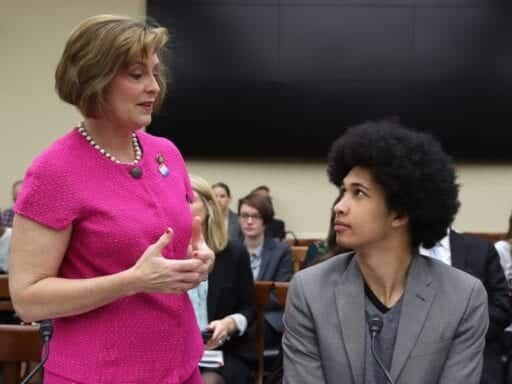 Share
Loading...
Aji Piper (right), is one of the plaintiffs in the Juliana v. US lawsuit where a group of young people are suing the federal government for pursuing policies that contribute to climate change. | Mark Wilson/Getty Images

More cities and children are demanding their day in court while key decisions are pending in other cases.

Several climate change lawsuits against fossil fuel companies and governments are now getting their day in court. Major cases are proceeding to trial and one suit may yield a verdict soon.

Last week, attorneys delivered closing statements in People of the State of New York v. Exxon Mobil Corp. over allegations that the world’s largest publicly-traded oil company misled investors about the impact of climate regulations on its future business.

Last month, the US Supreme Court declined to stay a lawsuit filed by Baltimore against oil companies, bringing the case closer to the discovery phase where plaintiffs can request internal documents from the defendants.

And in Canada, a group of 15 youth recently filed a new suit against the government. The case, La Rose v. Her Majesty the Queen, alleges that the Canadian government violated their rights and the rights of future children to a stable climate by enacting policies that led to greenhouse gas emissions. A similar new case is also underway that targets the government of Alaska.

Meet the La Rose v. Her Majesty the Queen plaintiffs. These 15 plaintiffs are filing their lawsuit against the federal Canadian government today. pic.twitter.com/P4D69enHJQ

These cases are part of a rising tide of litigation instigated by young people, local governments, cities, and states seeking to hold private companies and governments accountable for contributing to climate change, misleading the public about it, and profiting from it.

Once viewed as a longshot tactic for spurring action on climate change, several of these lawsuits have overcome attempts to dismiss them. However, many remain in uncharted legal territory that are applying existing laws in new ways. And some courts, including the Supreme Court, have voiced their skepticism about the merits of these cases.

At stake is billions of dollars in liabilities for fossil fuel companies and legal precedents that could burst the dam and pave the way for even more lawsuits. So it’s worth paying attention to how these climate lawsuits are proceeding. Here are some of the bigger recent developments.

Children are suing the government of Alaska for promoting fossil fuels

A new variation on climate litigation is gaining momentum in Alaska, where a group of 16 young climate change activists is suing the state for violating their rights under the state constitution. The plaintiffs in Sinnok v. Alaska, several of whom are members of indigenous groups, allege that Alaska’s government promoted fossil fuel development despite knowing the consequences of climate change.

Last month, the Alaska Supreme Court held an appeal hearing for whether the case will proceed to trial in state court, and parties are waiting for a ruling one way or the other.

The Alaska lawsuit echoes Juliana v. United States, also backed by Our Children’s Trust, and underway in a federal court in Oregon. But there are some key differences.

For one, the Alaska suit is aimed at the state government rather than the federal government. Also, plaintiffs say that climate change is already leading to problems like coastal erosion that is forcing communities to relocate, and exacerbated wildfires as temperatures rise twice as fast in Alaska compared to the lower 48.

“A lot of this is not about the future damages,” Wylie said. “A lot of it is about harms that are happening now.”

While the Sinnok suit is narrower in scope than Juliana, it could serve as a model for similar litigation in other states.

New York sued Exxon in 2018, alleging that the company misled investors by exaggerating how well it was planning for a future where greenhouse gases could be regulated. Essentially, this case was not about holding Exxon liable for climate damages, but securities fraud.

The high-profile case involved testimony from Exxon CEO and former Secretary of State Rex Tillerson, who said the company took climate change seriously and conveyed those risks accurately to their shareholders. The New York attorney general’s office revealed in 2017 that Tillerson used the alias Wayne Tracker to internally discuss matters, including climate change, during his time as CEO.

But during closing arguments last week, New York Assistant Attorney General Jonathan Zweig said the state was dropping its claims of common law fraud. Instead, it was narrowing its allegations to violations of the Martin Act, which does not require proof of intent to deceive, or proof that an investor made a decision based on allegedly misleading information.

Analysts said the walkback highlights the weakness of New York’s argument. “They never had much of a case,” James Fanto, a professor at Brooklyn Law School who specializes in securities law told Bloomberg. “They are falling back on the weak case of investor confusion.”

It shows just how tricky it is to establish malfeasance, even at a company that has long studied climate change internally while publicly playing up uncertainties and doubt about the connection between burning fossil fuels and rising temperatures.

However, Exxon is not in the clear. Numerous cities and local governments are still suing the company for contributing to climate change, many invoking public nuisance statutes. Some of those claims have already been dismissed while others, like the suit filed by Baltimore, are working their way through state and federal courts.

Last year, Exxon announced that it would back a carbon tax initiative from the Climate Leadership Council, a Republican-led lobbying effort, with the provision that the company receive immunity from climate liability lawsuits. But in September, the group said it would drop the legal immunity language from its proposal, which means the current iteration would allow climate lawsuits against fossil fuel producers.

Among the Democrats running for president in 2020, litigation is no longer the last resort tactic for action on climate change — instead, it’s emerging as a key tool in the chest.

Almost every contender has called for holding fossil fuel companies accountable for their contributions to climate change,

California Sen. Kamala Harris, for example, has campaigned on her bona fides of investigating Exxon during her time as the state’s attorney general, as well as suing fossil fuel producers for causing environmental damages. As president, she would bolster the Environmental Protection Agency and the Justice Department’s legal efforts to hold greenhouse gas emitters liable. Vermont Sen. Bernie Sanders’s plan to fight climate change goes as far as calling for criminal prosecution of companies that contribute to climate change, similar to the prosecutions of tobacco companies in the late ‘90s.

However, the wheels of justice grind slowly. Some of these lawsuits have been underway for years and may have years to go. And many of these climate cases are playing out in state courts where a president wouldn’t have much influence. But for those that enter the federal courts, a president could shape the outcomes with judicial appointments, and also show how the government defends itself when it’s named as a defendant.

In the meantime, several important decisions will likely emerge in the coming months in cases including Juliana, Sinnok, and the New York complaint against Exxon.