College students needed spring break for their mental health. Covid-19 took that away. 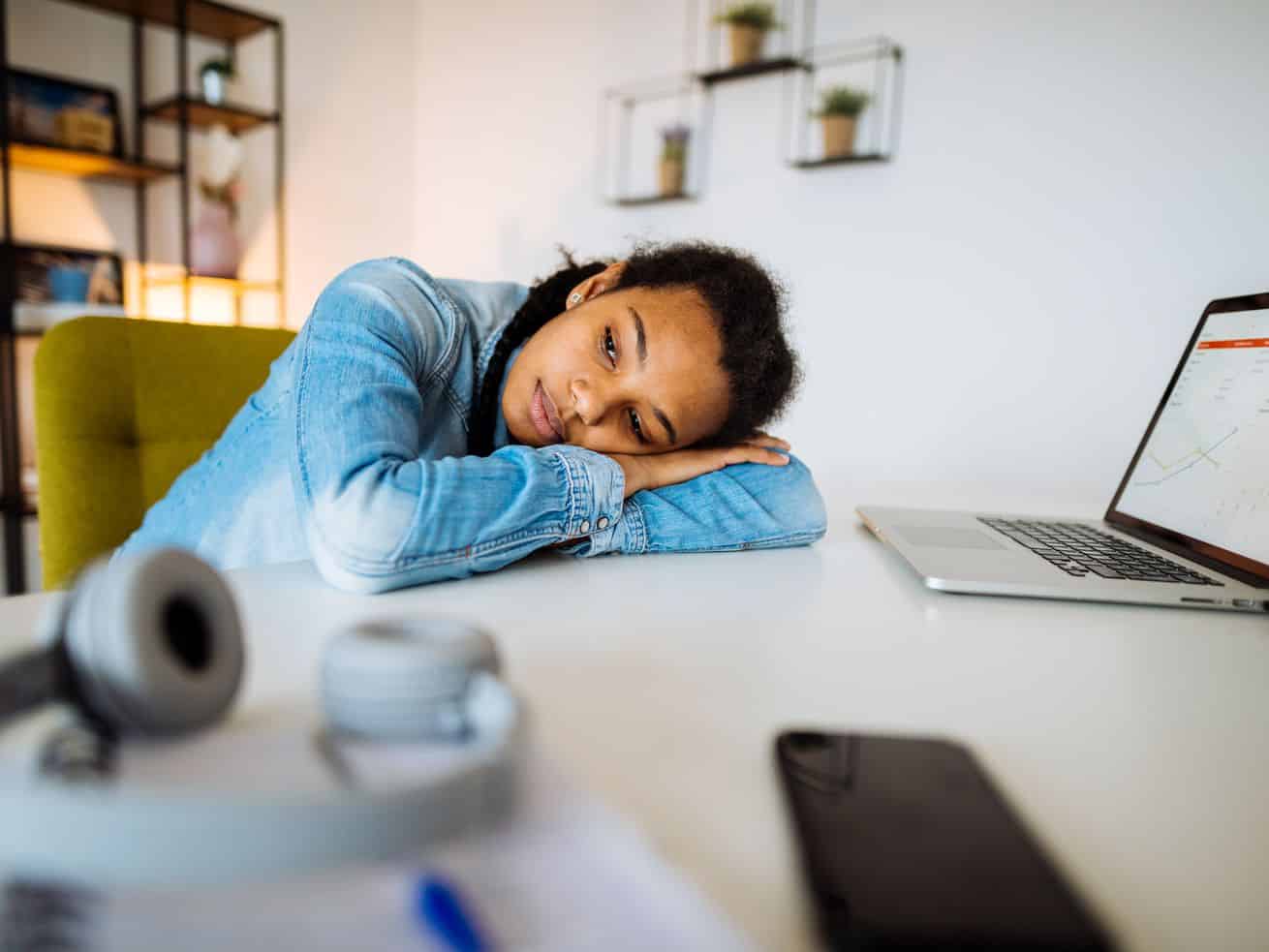 3 college students on why spring break is more than just a time to party.

When videos of college students on spring break in Miami went viral soon after much of the country went on lockdown last March, many Americans raised their eyebrows. Students were recorded beachside saying things like, “I’m not going to let [Covid-19] stop me,” and, “I think they’re blowing it way out of proportion.” Footage showed bars crowded with sunburnt college students blasting music from portable speakers and leaning over tables to share drinks. Those watching and reading who were already feeling the effects of the virus were furious at the disregard for public safety. Others secretly agreed with the spring-breakers and were sure that Covid-19 would blow over within a few weeks.

Well, it didn’t. And this year, spring break is looking a little different for college students.

From an administrative perspective, taking away spring break seems like the most straightforward way to stop the spread, but this decision has presented new problems. Many students are not currently on campus, and due to the flexibility of online classes, they can travel whenever they want regardless of spring break’s nonexistence. This means the negative effects of losing spring break are most heavily felt by students who were following the school’s Covid-19 restrictions — like weekly mandatory Covid-19 testing — to begin with.

Canceling spring break also raises the question: What is its main benefit in the first place? While in popular culture spring break may look like a week of EDM music and reckless abandon, the reality is that many college students use the time off to decompress after midterms and gear up for the second half of the semester. It has been a year since colleges resorted to online learning, and one of the most consistently discussed challenges has been maintaining mental health. Zoom fatigue and too much screen time have made taking a break even more important. According to a multi-school survey by the University of Michigan, 83 percent of students said their mental health had negatively impacted their academic performance, and half of the students surveyed said they now struggle with depression, anxiety, or both.

“The more intensity and pressure a student is feeling, the more their performance will decrease,” Elizabeth Aranda, a psychologist who works at UC Berkeley, told Vox. Aranda said that during recent workshops with students, the most consistent theme has been “burnout,” and what they really need after a year of isolation and stress is a break.

This spring, the sudden transition from a full week off to intermittent wellness days, combined with a year of unconventional learning, has proven difficult for many students.

“A lot of people are struggling more than usual this semester,” said Joe Bjorkman, a first-year student at Michigan State University. “My mental health has been depreciating at an extended rate.”

Here are three stories, edited and condensed, from college students who are spending their spring breaks (or lack thereof) trying to find a balance between being Covid-safe and taking a mental break. For the sake of privacy, the students have requested that their last names not be used.

Last year around this time, I was playing football in the middle of our spring season. After four practices, I never played football again.

Once we went on spring break and Covid restrictions hit, our coaches told us, “No practice next week.” And if you know anything about collegiate athletics, they never cancel practice. Ever. So I was like, okay, this is a pretty big deal. And then they canceled practice the week after that, and soon spring sports were canceled altogether.

This year, things are a bit different. I’ve kind of just taken the spring break mentality out because I know I’m not going to have one. Washburn canceled spring break and replaced it with two mental health days throughout the semester to keep students from traveling.

I’m not on campus anyway, all of my classes are online, but I’d rather be able to take a week off. I don’t think that the two days they gave us equate to the 10-day spring break we normally get. But maybe that’s me being selfish.

I didn’t really have anything too crazy planned over spring break last year, which is part of the reason why it was so disheartening to see we’re not having one this year. Mainly it was just a lot of downtime, which as college kids we need. Football’s tough, so that week was crucial to rest my body and reset the palate mentally, especially during that time period where everything was hitting the fan.

This year I think it’s been important to just keep myself busy and not allow myself to get idle. Downtime for me isn’t necessarily the best thing for my mental health. The easiest way for me to cope is knowing that I’m about to graduate. So after I push through these last couple of months, I’m done.

It’s weird also with graduation being announced. They’re planning to do that in person now at the football stadium. So we’ll see if that goes through or not, but I’ve learned with Covid to not really bank on anything. They told me last summer, leading up to my senior year, to be ready to play football. I was getting in shape all summer, working out with the team, getting ready for a season that never happened.

Last year during spring break, I got to go on a last hurrah before I realized how severe the situation was going to be. In November, my cousin and I had planned a trip to Mexico City for spring break. We started hearing Covid stirrings mid-February, but it was still a very distant thing. Then two days before we left for Mexico City, the school started canceling school-sponsored trips, but none of my friends were canceling except people who were going to China and Italy.

My cousin and I had about 48 hours to decide if we should go or not, so we looked at case numbers in Mexico — at that point there were zero recorded cases — and we decided to go with it.

On the way there, I was like, “Oh, maybe I’ll wash my hands a little bit more often; it is flu season, after all.” And then on the way back, I was like, “Don’t touch anything,” and I wiped down my seat on the airplane. And it was in the airport on the way home that I found out the rest of my semester was canceled.

In American media in particular, it was that one week in March where Covid blew up — and that was the week I was in Mexico City.

I remember continuously refreshing the case numbers on my phone, and every time, it would go up. This year, in my iPhone photo album, I’m getting all these Mexico City memories of me hanging out in public, in bars, without a mask, and it all feels so distant.

This semester, Yale is giving us break days throughout the semester instead of a full break in order to alleviate some of the pressure of going straight through. In my opinion, it’s a very fair solution because they don’t want people leaving campus, getting sick, and bringing it back to campus.

But from the standpoint of a student who actually has to sit through this, it’s pretty brutal. It’s a lot of class and a pretty relentless schedule. But the professors are also really tired. They also don’t want to teach straight through a semester. The administration doesn’t take any joy in doing any of this. It’s just a terrible situation, and there’s no really good solution. I think everyone is just trying to do their best.

On January 30, Michigan State University announced that they were enforcing an extended lockdown on campus because Covid cases were rising again. We could only leave our room to go to the cafeteria to get our food — and if we had anyone over and the RAs found out, we would be put on probation. They also announced that they would be replacing spring break with two wellness days to deter people from traveling.

For me, spring break is a week that gives you the chance to relax, but also to catch up on all the things that you’re lagging behind on, and the wellness days didn’t provide us that opportunity.

I completely understand the validity of trying to prevent travel for Covid safety, but when you reduce a whole week to two days in the middle of the week, it takes away from the chance to relax. The day before our wellness day, one of my professors sent an article about Zoom fatigue with tips on how to combat it.

He told us to “just relax, and enjoy your next few days.” But it’s ironic because then we had an assignment due on Wednesday and a quiz on Friday, so I ended up working on those during my days off.

I can’t say that I have the solution to end all solutions, but I think the one that MSU came up with was much too costly on students’ mental health. And it makes me mad that I’m sacrificing my mental well-being because there are students out there who, despite everything, would put themselves and others in danger for a fun week in Florida. And it’s even worse because it didn’t matter if we had a spring break or not. The students who wanted to go were going to go regardless. We don’t have in-person classes, so no one is restricted to stay in Michigan, and during one week recently, when I opened my Snapchat, every other story was someone in Fort Lauderdale.

Last year, a lot of my friends still went on their spring break trips and were really happy about the two extra weeks because Covid wasn’t as big of a deal as it is now. But even though we know now that this pandemic is serious, I guess not much has changed, because people are still traveling.

It’s definitely frustrating knowing that strict restrictions like canceling spring break this year have to be implemented because of people like that — but then people like me end up struggling the most.

K-pop star Goo Hara has died at age 28
This week in TikTok: When “fashionable” really means “skinny”
The mind-bendy weirdness of the number zero, explained
Google transformed the political advertising world with its reversal on targeting
Trump’s conflict with Iran exposed the real difference between Biden and Sanders
A progressive vision to make America great