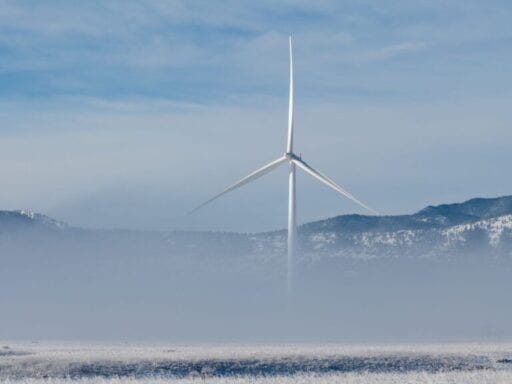 New modeling shows the state can decarbonize — at a savings.

Of all the states in the US, Colorado may be the best prepared for a genuine, large-scale energy transition.

For one thing, thanks to its bountiful sunlight and wind, Colorado has enormous potential for renewable energy, most of which is untapped. The state currently generates only 3 percent of its electricity from solar and just under 18 percent from wind.

The political climate is favorable as well. As of earlier this year, Democrats have a “trifecta” in the state, with control over the governorship and both houses of the legislature. Gov. Jared Polis campaigned on a promise to target 100 percent clean electricity by 2040. In their last session, he and the legislature passed a broad suite of bills meant to boost renewable energy, reform utilities, expand EV markets, and decarbonize the state economy.

Colorado has the three main ingredients it needs to get going on clean energy: a healthy economy, plentiful sunlight and wind, and Democrats firmly in charge of state government.

Over the last year or so, energy systems modeler and analyst Christopher Clack, with his team at the energy research outfit Vibrant Clean Energy (VCE), has been taking a close look at what Colorado is capable of in terms of clean energy, and what it might cost. VCE has built a model called WIS:dom (ahem, “Weather-Informed energy Systems: for design, operations, and markets”). It can simulate the Colorado electricity system with incredibly granular accuracy, down to a 3-kilometer, 5-minute range, year-round. Using that tool, they have simulated various clean-energy initiatives the state might take, and their impact.

I’ve been tracking their progress. In January, I wrote about their initial finding, that Colorado could save $2.5 billion through 2040 by shutting down all its coal plants. In August, I wrote about the second paper, which found that electrifying the state’s transportation fleet is the single biggest decarbonization step it could take and would save consumers money.

(This kind of modeling tells us nothing about the political challenges of achieving these goals, of course. But it can tell us what is possible.)

Now the third report is out, and it takes on the big question: Can Colorado decarbonize its entire state economy in line with its ambitious goals? (The state’s newly passed climate law sets targets of 50 percent decarbonization by 2030 and 90 percent by 2050.) Can it achieve deep decarbonization and still provide reliable, affordable power?

Spoiler: Yes, it can.

The world may be a raging dumpster fire, but Colorado has the potential to be an island of sanity, moving toward a cleaner, cheaper, healthier energy system in a way that benefits all state residents. Let’s take a look at the paper.

Three scenarios for Colorado, and the cleanest is the cheapest

VCE modeled three scenarios through 2040, using conservative technology cost assumptions and minimizing the import of energy from other states and the need for new transmission infrastructure:

The first and perhaps most important thing to note is that in all scenarios, Coloradans receive a stable, reliable supply of electricity. There is no technical barrier to a mostly decarbonized power sector; the state’s grid is perfectly capable of handling it.

The second thing to note is that in all scenarios, average retail electricity rates decline over time, but they decline most and fastest through deep decarbonization. Cleaner energy benefits all Colorado ratepayers, not just those who have an EV or solar panels.

The most expensive option for Colorado consumers is to keep the coal plants running:

Relative to BAU, deep decarbonization saves Coloradans $4.8 billion in electricity costs through 2040. Of that, $1.5 billion is invested in renewable energy, electrification, and storage technologies, so the savings net out to $3.3 billion.

All told, that averages out to annual savings of $97 per electricity customer, $528 per heating customer, and $611 per vehicle through 2040. Not a bad deal for Coloradans.

When all the costs are tallied up — electricity, transportation, and heating system costs — the deep decarbonization scenario comes in the cheapest.

And the cheapest method is also the cleanest

As the name indicates, the deep decarbonization scenario reduces the most greenhouse gas emissions — about twice again what is reduced by the retire-coal scenario.

The key is that retiring coal only reduces emissions in the electricity sector. Electrifying transportation and heating also radically reduce emissions in those sectors.

Overall reductions in greenhouse gas emissions in the deep decarbonization scenario, VCE writes, “are more than 36% by 2025, 56% by 2030 and 69% by 2040 compared with 2005 levels.” Cumulatively through 2040, 1 billion metric tons of carbon dioxide emissions would be avoided. That would put Colorado in line with its legislative goals.

By transitioning transportation, heating, and other sectors over to the power grid, the deep decarbonization scenario increases electricity demand relative to the other scenarios by about 25 percent.

The increase in electricity demand gives grid operators more options. Energy storage, in the form of batteries and EVs, allows much of this demand to be “shifted” to times of day when renewables are more plentiful. A grid with more controllable electricity demand can integrate more renewable energy.

Here’s the kind of power that would be dispatched in the three scenarios:

Electric vehicles are inherently superior to internal combustion engines in several ways. More of the energy they generate goes to motion, and less to waste heat, so less energy is required to move the same distance (thus the decline in demand). They deliver more torque, for better acceleration. There are fewer moving parts, so they break down less often and are easier to service.

All told, they are cheaper to own and require less energy. Switching to electric vehicles will reduce both total energy costs and per-unit energy costs.

The “business as usual” model would create almost no additional jobs in the electricity sector. Retire-coal would create some in the early years, as coal plants are shuttered and capacity is built to replace them, but then it would level off.

This only stands to reason: if Colorado takes on the much more ambitious task of deep decarbonization, it will take more work to get there.

Obviously, in the real world, Colorado can’t just turn a dial and switch its vehicle fleet to EVs, its residential furnaces to heat pumps, and its natural gas power plants to solar and wind. All of those things will require additional legislation and years of work. There will be political costs, opportunity costs, and transition costs along the way; it won’t be as smooth or efficient in practice as it looks in these graphs.

But if the core story — that Colorado’s cleanest choice is also its cheapest — seems too good to be true, it’s only because most people have failed to fully grasp how cheap clean energy has gotten, and how fast it’s getting cheaper.

And given the falling costs of energy storage, it’s increasingly possible to envision phasing out natural gas as well, which is why the biggest power utility operating in Colorado, Xcel Energy, recently committed to going 100 percent carbon-free by 2050.

Low-cost renewable energy has endless knock-on effects. Among other things, it means that it’s much, much cheaper to fuel a vehicle with electricity than it is to fuel it with gasoline or diesel. And it’s much cheaper over the long run to heat a building with an electric heat pump than it is to burn natural gas. A large-scale transition to electricity in those and other sectors will save consumers enormous amounts of money.

What Clack’s modeling shows is that it is possible to engineer such a transition while still providing reliable, low-cost electricity to everyone in the state. There is no technical barrier, no need for an entirely new grid, no need to wait on new technologies. The main barriers now, in Colorado as in so many other places across the globe, are social and political. The tools are at hand. All that’s needed are will and courage.

Virginia’s state legislature elections are Democrats’ first big enthusiasm test before 2020
3 key Virginia primary races to watch on Tuesday
US military chiefs warn troops against “sedition and insurrection” before Biden inauguration
Elizabeth Warren’s oldest brother has died of coronavirus
Second stimulus bill: News and updates
The NYPD unit that snatched a protester off the street has been accosting people for years