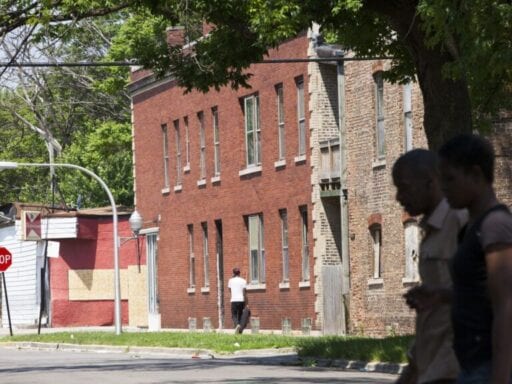 After public outcry, Norfolk Southern apologizes for placing a trailer with Nike sneakers and Christian Louboutin shoes in Englewood.

A “bait truck” filled with Nike sneakers and Christian Louboutin shoes was placed in a poor Chicago neighborhood earlier this month, leading to public backlash. Now the transportation company responsible, Norfolk Southern, has apologized and said it will end the practice of using bait devices in the future.

The idea behind bait devices is to lure thieves and arrest them in the process of stealing. Although police use bait devices to reduce crime, detractors argue that they tempt people in high-needs areas to steal.

The Englewood bait truck illustrates how contentious the practice is. Charles Mckenzie and Martin G. Johnson filmed the bait truck in the neighborhood last week. Their footage also showed residents facing off with police officers about the trailer’s presence in the mostly black community. Bait devices are vehicles, merchandise, or other goods — rigged with surveillance equipment and GPS monitors — that authorities place in areas where they’re likely to be stolen.

Since Vox reported on the bait truck controversy Tuesday, Chicago politicians and the Illinois American Civil Liberties Union have criticized Norfolk Southern’s sting, which received assistance from the Chicago Police Department. In light of the criticism that bait devices hurt police-community relations, Norfolk Southern announced Friday that it will not conduct another such operation.

“Norfolk Southern recognizes that, despite the need to safeguard freight in the area, this operation eroded trust between law enforcement and the community,” spokesperson Susan Terpay said in a statement. “We sincerely regret that our actions caused further unease, and we don’t plan to use this method in the future.”

Terpay also stated that the Virginia-based railway company only conducted the operation because community members and officials complained about cargo theft in the area. She said there has been ongoing theft from parked and locked containers and trailers in the neighborhood.

“It must be noted that these break-ins included thefts of guns and ammunition that found their way into the local community,” Terpay said.

The FBI estimates that cargo theft is a $27 million problem and the offenders involved often have ties to terrorist groups and organized crime rings.

Terpay said that cargo theft hurts consumers by driving up the price of goods and pointed out that Norfolk Southern uses a wide range of measures, including surveillance methods, to deter crime. Recent efforts to reduce theft haven’t been successful in the Englewood area, she said.

“We welcome a dialogue with the community,” Terpay said, “and we already have reached out to local officials to discuss how best to prevent freight theft, improve community relations, and rebuild mutual trust.”

The year reality collapsed into pixels
Rep. Jamie Raskin’s emotional closing arguments got at the heart of the case for impeachment
Toward a better theory of identity politics
Why SoFi would be interested in buying naming rights to the LA football stadium
Russia reportedly offered the Taliban bounties for American soldiers. Trump denies knowing about it.
Jupiter at opposition: Monday is the best night of the year to look at the gas giant