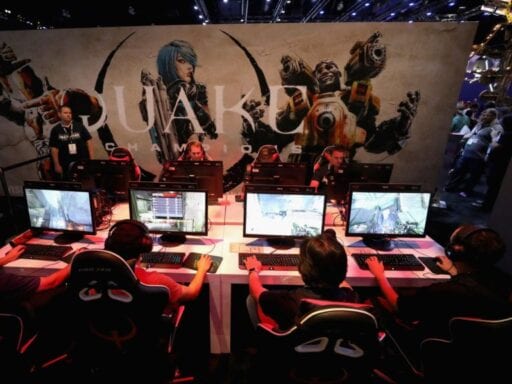 But is it a sport? The latest episode of our Netflix show Explained walks you through the history and the debate.

Sixty million people tuned in during 2016 to watch the League of Legends World Championship finals, where teams of professional video gamers battled for the glory of being the best on the planet — and $1 million in prize money.

To put that in perspective, an estimated 65 million people worldwide watched the Oscars in 2015.

Online professional gaming or esports tournaments have become a global phenomenon. Competitors can win as much as $25 million in prize packages in some tournaments. The Luxor Casino in Las Vegas has even dedicated an entire arena — complete with a competition stage, a 50-foot LED video wall, and telescopic seating — to competitions and daily gaming.

How did esports become such a thing? And does it even count as a sport?

Vox tackled this question in the latest episode of our new Netflix show, Explained. We have new episodes every Wednesday on topics such as cryptocurrency, the racial wealth gap, and cricket. If you like our videos, then you’ll love this show; it’s our most ambitious video project to date.

How Marcus ‘djWheat’ Graham became one of the voices of e-sports (Jeff Grubb speaks with Marcus Graham, whom we interviewed for this episode, for VentureBeat)

How to become a professional esports shoutcaster: 7 tips from the experts (Adam Starkey, Metro)