Congress couldn’t agree on what exactly was wrong with Mark Zuckerberg. But they all wanted a piece of him. 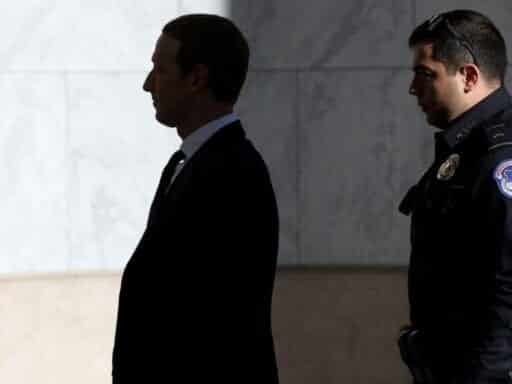 Sixty members of Congress got their five minutes of fame.

Wednesday was open season on Mark Zuckerberg and Facebook — this time in the halls of the US Congress.

Sixty different politicians had five minutes each to grill Zuckerberg about whatever they wanted, and they jumped at the opportunity to try and test him at yet another politically delicate moment in his company’s history. With some notable exceptions, Congress came across as prepared, serious, and thoughtful — especially compared to prior outings, when technological illiteracy reigned supreme.

While the hearing was supposed to be about Facebook’s push to create a new digital currency called Libra, about half of the back and forth centered on other topics, from its controversial political ads policy to Facebook’s record on diversity to particular congresspeople’s pet issues. Facebook is balancing multiple overlapping crises simultaneously, and each individual congressperson chose their own line of attack, giving the whole hearing a scattershot feeling that lacked a clear partisan or even thematic bent.

“You have accomplished something that nobody thought was possible,” said Rep. Bill Huizenga as he noted that both Democrats and Republicans were using public comments from Trump to make their points. “You have taken the puzzle pieces of politics, shaken up the box, thrown them out on the table, and everyone’s trying to figure out where they fit when it comes to Facebook.”

But almost all of the questions — no matter the issue area — centered on the overwhelming question of trust. One member suggested that Facebook had lied. Another said Facebook was often found at the “scene of the crime.” The big idea: Why should anyone trust Facebook to responsibly do something new, particularly something related to its users’ money, when it can’t even execute on its existing projects?

That theme appeared again and again at Facebook’s session before the House Financial Services Committee, which stretched on for over six hours. Here are four of the big areas of scrutiny that had Zuckerberg playing defense.

Zuckerberg told lawmakers several times that Facebook would not support launching the cryptocurrency unless it received approval from all US regulators, even saying that Facebook and its subsidiary, Calibra, would be willing to leave the Libra Association if they could not receive regulatory approval. Facebook is the brains behind the whole idea, but they’ve tried to argue that it is just one of 21 partners in the broader association.

Other congress members questioned how promising Libra could be considering seven of the 28 members of the Libra project recently said they would depart the association. Zuckerberg at one point conceded that he was pitching a “risky project.”

Others remained deeply skeptical of anything having to do with Facebook, a credibility comment that Zuckerberg conceded in his opening remarks. Many questioned his honesty and motives behind Libra.

Zuckerberg also repeatedly tried to stress that Facebook had limited control over the cryptocurrency, painting it as a decentralized push in which Facebook is just one of 21 members. (During questions, he often responded that he could not speak for the entire association, just for Facebook and Calibra.) Lawmakers didn’t always buy that messaging.

Zuckerberg also frequently referenced the threat China poses if the US does not innovate in digital payments. This did resonate with many lawmakers, who frequently prefaced their remarks by going out of their way to praise Zuckerberg’s success as an American businessman.

“What I don’t think is the right frame is, ‘If Mark Zuckerberg and Facebook don’t do it, Xi Jinping will do it.’ This isn’t Mark Zuckerberg versus Xi Jinping,” said Anthony Gonzalez, an Ohio congressman who describes himself as a hawk on China. “I think that’s totally different. Framing that way, in my opinion, is somewhat misleading to me.”

That patriotism had another edge: Zuckerberg also faced an unusually large number of questions about why the Libra Association chose to incorporate in Switzerland rather than in the US, including attempts to convince Zuckerberg to move it back to the states.

Some of the fieriest moments during the hearing involved attempts by Democratic members of Congress to hold Facebook’s feet to the coals for its record on diversity and civil rights.

Perhaps the most combative back and forth unfolded between Joyce Beatty and Zuckerberg, with Beatty asking Zuckerberg questions about Facebook’s record on civil rights but offering him little time to answer before interrupting and moving onto her next line of attack.

“You have ruined the lives of many people and discriminated against many of them,” she told Zuckerberg, moments after ridiculing Zuckerberg for naming Sheryl Sandberg as Facebook’s leader on civil rights initiatives.

Al Green pressed Zuckerberg on the diversity of the 21 people who make up the leaders of the Libra Association, with the Facebook CEO conceding that he didn’t know immediately about the breakdown.

And Rashida Tlaib asked why Facebook was not doing more to police hate speech and white supremacist content on its platform, at one point showing a slide of something posted on Facebook that showed someone standing outside a mosque with a rifle.

Tlaib then tied that to the “hate speech” that comes from some politicians, saying that Zuckerberg was holding public officials to a lower standard than regular people.

Tlaib wasn’t the only one to offer Zuckerberg a grilling on the topic du jour: Facebook’s policies regarding false content and ads posted by politicians, along with the broader tension Facebook faces when it comes to allowing for essentially uninhibited free speech on its platform.

Facebook’s decision to allow elected officials and aspiring ones to lie with impunity in ads was seen as either a gutsy call or a dangerous precedent to set.

Zuckerberg did receive some rare gushing praise from one Republican congressman, Andy Barr.

“Politicians are trying to bully you into being a fact-checker,” Barr said, trying to then get Zuckerberg to commit to not censoring Donald Trump. “Don’t be bullied by politicians who want to censor politically incorrect speech.”

But others were less sanguine about Facebook’s commitment to free expression. One congressman, Jim Himes, said he had read Zuckerberg’s speech at Georgetown University multiple times — a speech meant to be his landmark address on the topic — and found it unsatisfying and somewhat naive.

“Freedom of expression is really hard — at least really hard if it means anything,” Himes said, bringing up catastrophes like Facebook’s role in facilitating the massacre of the Rohingya people in Myanmar. “Tell us what investment you’re making so that this freedom of expression which you enable is a good thing rather than a bad thing.

But most of the reason why the hearing felt so scattershot was that there was little overlap in the topics that people wanted to ask the Facebook CEO about. And with only five minutes for each person to speak, legislators could barely get a convincing answer on one topic area, never mind two or three.

So the hearing jumped around and down various rabbit holes. One congressman wanted to know whether Twitter should let terrorist groups like Hamas and Hezbollah on its platform. Another spent his time questioning why Facebook doesn’t let anti-vaccination advocates speak their mind on Facebook. Another focused on Facebook’s responsibility for the child exploitation that thrives on its platform.

Theatrics often emerged as politicians competed for camera time and virality. Speechifying was at its height, with some legislators barely offering a question in favor of an extended “comment” that could veer into yelling. Pounding the table seemed a priority for others, as did easy points to score on a hard-to-defend CEO. One congresswoman criticized Zuckerberg’s haircut.

A congressman even stretched so far as to draw an analogy between Zuckerberg and Trump, saying that the two billionaires had a lot in common. A few minutes later, a colleague tried to let Zuckerberg evade that analogy but nodded to this precarious political moment that the Facebook founder finds himself in.

“I’m almost tempted to ask you, since you can’t lie to Congress, when you were compared to Mr. Trump, did you take that as a compliment? Don’t answer that,” Rep. Juan Vargas said, as Zuckerberg sat there awkwardly and with the beginnings of a grin. “Not even with a smile.”

Ex-Trump staffers should not get plum jobs at elite universities
The EU will bar American travelers because of US coronavirus spread
The US is getting an official women’s history museum
Vox Sentences: Another Trump veto
Judge sends Paul Manafort to jail, pending trial
Twitter is finally addressing fake accounts. Trump wants it to go after two specific real ones.