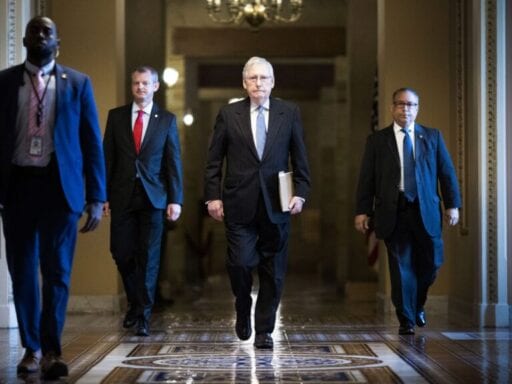 It also expands paid sick days and paid leave for a subset of workers.

Congress has officially passed a major package guaranteeing free coronavirus testing for all Americans as well as an expansion of paid sick days for a subset of workers. The legislation now heads to President Donald Trump’s desk, where he’s expected to sign it.

The wide-ranging legislation is the second of at least three proposals lawmakers are working on to address the economic fallout that’s resulted from the coronavirus pandemic. This latest bill is focused on providing more paid sick days to certain workers — and giving states a funding boost for unemployment insurance and food assistance. In total, it’s set to cost roughly $104 billion.

The bill is the byproduct of a compromise between House Democrats, the administration, and House Republicans — which has led to the bill’s original provisions being scaled back and some pretty significant omissions in coverage.

As Vox’s Anna North reports, millions of workers will not be covered by the paid sick day and paid leave provisions in the legislation, which do not apply to companies with more than 500 employees. Companies with fewer than 50 employees can also request exemptions from the bill’s paid and sick leave regulations, as can institutions that employ health care workers — including hospitals and nursing homes — regardless of size.

Despite these limitations, the legislation will provide some economic relief for workers affected by the coronavirus outbreak that has already led to temporary closures of many businesses and reduced spending across an array of industries including restaurants and airlines.

Workers who are covered by the guarantee of 10 paid sick days during this outbreak include all federal government employees, gig economy workers, and self-employed workers, according to the Washington Post’s Heather Long. Those who are not include workers at larger companies such as Amazon and McDonald’s — though some of these firms have committed to providing sick pay for their employees during this time.

Next, Congress is turning its focus to a third stimulus package, which could include direct payments to all Americans below a certain income threshold and could cost up to $1 trillion.

What’s included in the legislation that just passed

The legislation that just passed includes funding to support workers who get sick as well as those who have to care for children who are out of school because of the coronavirus response. It also includes money intended to expand programs for workers who have been laid off from their jobs, including additional funding for states’ unemployment programs.

Here’s a high-level rundown of what’s included, as reported by Vox’s Ella Nilsen, though the updated version has some differences with the original House deal — as indicated below:

Emergency paid sick days: The bill would give workers [10] days of paid sick leave to be available immediately during the coronavirus (many employers are asking employees to work from home for that amount of time). It ensures sick leave to [those who are ill or] impacted by quarantine orders [depending on the business they work at.]

Emergency paid leave: The bill would create a new federal emergency paid leave program for those … caring for a child due to coronavirus-related school closings. Eligible workers would receive benefits for a month (the program goes up to three months), and the benefit amount would be two-thirds of the individual’s average monthly earnings. Those receiving pay or unemployment compensation directly through their employers aren’t eligible. There is some precedent for this: Congress expanded unemployment benefits for up to 99 weeks for Americans left unemployed by the 2008 financial crisis.

Expanding food security: The bill would direct $1 billion to expanding access to programs like SNAP, WIC and the emergency food assistance program throughout the coronavirus pandemic. Progressive economists have long believed that expanding existing safety net programs is a highly effective way of stimulating the economy because the low-income people who benefit from them are highly likely to immediately spend any extra money they get — helping stabilize economy-wide demand. The 2009 stimulus bill featured many provisions along these lines. Conservatives, who are critical of those programs in general, tend to be highly skeptical of putting more money into them.

The passage of this bill signals major progress in Congress’s response to the coronavirus, though there are still many gaps it does not address. Lawmakers’ next package is intended to provide direct financial support for workers, small businesses, and affected industries — though the exact details have yet to be worked out.