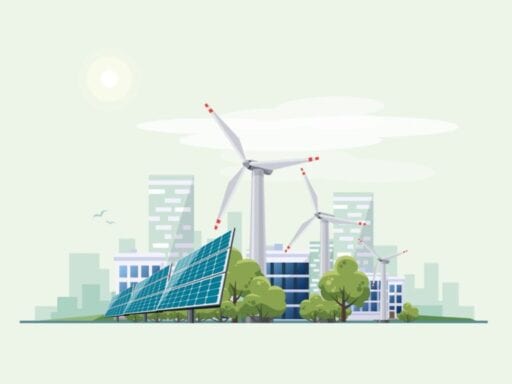 They’re trying to get clean energy tax credits in a must-pass spending bill.

Congress has not been especially productive during the Trump years, to say the least. And it’s safe to say that most of the action has not been notably pro-clean energy. But there’s at least a chance Congress could get something positive done here in the waning days of Trump’s first term. (Yes, believe it or not, it’s still the first term.)

By December 20, Congress must pass a spending bill to keep the government running. The Democratic House must agree to the bill. Right now there are furious negotiations taking place as Democrats try to secure a few key political wins, just under the wire.

House Democrats are trying to figure out what to prioritize. Many in the party want a boost in the earned income tax credit (EITC) and/or child care tax credits and are pressuring House Speaker Nancy Pelosi to push for them. The other candidate for top priority is a package of clean-energy tax credits.

Last month, Democrats on the Ways and Means Committee distributed a discussion draft of a bill called the Growing Renewable Energy and Efficiency Now (GREEN) Act, which would extend or create tax credits for a whole suite of clean energy technologies, from solar to on- and offshore wind, energy storage, new and used electric vehicles (EVs), carbon capture and sequestration (CCS), and biomass.

It is unlikely that anything so ambitious will get through a Republican Senate, but there are some credits, especially for EVs, offshore wind, and storage, that have strong bipartisan backing, or at least backing from some big industries.

The fight over the EV credit, for instance, is coming down to big auto companies, which want to make EVs and want help selling them, against the oil and gas industry, which has strong backing from the Koch empire. The Koch network of advocacy and lobbying groups is doing everything it can to block support for EVs, including ad campaigns and talking points characterizing EVs as toys for the elite, paid for by the poor and middle classes. In the Senate, Republican John Barrasso of Wyoming, chair of the Environment and Public Works Committee, has been lobbying furiously against the credit (he has previously proposed legislation to wipe it out entirely).

But Trump’s tariffs have crushed farmers, and his oil-friendly policies have led to the closure of biodiesel refineries. Iowa Republican Chuck Grassley needs to do something to help them. He’s been fighting a running battle with the Trump administration over blending requirements for biofuels (the oil and gas industry wants to keep them low, so that’s what Trump’s EPA has done) and he’s been promising to get key biofuel tax credits extended. So he’s under pressure to make a deal.

Energy storage has bipartisan support, as does offshore wind, and carbon capture (which didn’t quite make it into the Defense authorization earlier this week).

All of this gives Sen. Chuck Schumer (D-NY), who very much supports the clean energy credits and likes making deals, some room to maneuver.

On the House side, there’s a chance that Pelosi will hold out for the EITC or something like it, but it seems wildly unlikely that Republicans will give ground on that long-running dispute. If no agreement can be reached (and Democratic leaders are not optimistic), the tax extenders package could fall out of the bill entirely, or worse yet, Grassley could get his biodiesel credits and give nothing in exchange.

So maybe Democratic leadership at both the House and Senate level should just focus on clean energy tax credits. They might actually be gettable. And these leaders have, after all, been saying at every opportunity that climate change is an existential challenge. Perhaps that should earn these credits priority?

There is both political and policy merit to these credits.

Clean energy tax credits are incredibly popular, and they work

Earlier this month, Global Strategy Group conducted a survey of voters in battleground states and districts and found that they overwhelmingly support clean energy tax credits, across partisan lines. The numbers are bonkers:

That is a 66 point advantage among Republicans, not something you see on many progressive issues.

What’s more, respondents made it clear that clean energy is a motivating issue. Across battleground areas on average, a generic Democrat starts with a seven-point advantage over a generic Republican (49 to 42 percent). When voters are told that the Democrat supports clean energy tax credits and the Republican opposes, that seven-point advantage rises to 28 points — a 21-point net lift. That could easily make the difference in a close battleground race.

Voter support for these credits stayed high (82 to 18 percent) even when they were exposed to negative opposition messages. As I have said many times, voters love clean energy. It is one of the most reliable poll results over the entire time I’ve been covering politics.

And it’s not hard to message behind clean energy tax credits, because they work. They do what they’re designed to do: spur deployment and drive down prices.

These findings are summarized in a report from the research consultancy Rhodium Group last month, which found that “extending and expanding tax credits through 2025 for zero-emitting generation including wind, solar or nuclear could achieve reductions of up to 125 million tons compared to current policy in 2025,” which amounts to “25% of the gap between US emissions under current policy and its Paris commitments.” It’s not enough, but it’s a big chunk.

More recently, Rhodium took a close look at the potential impact of the Democrats’ GREEN Act and found that it could “reduce US net GHG emissions by up to nearly 100 million tons in 2030 compared to no extension of tax credits.”

The Act would “catalyze deployment of up to nearly 60 gigawatts (GW) of new non-hydro renewable generation” and lead to the sale of 3.4 to 5.7 million more EVs by 2030.

The Green Act isn’t anything but a small down payment on a real climate plan. It would only nudge the US a few percent closer to its Paris climate agreement commitments.

But it is not nothing, and it is better than anything else that’s likely to come out of this Congress.

There seems to be little chance that the GREEN Act will make it into the spending bill whole. It’s primary author, Rep. Mike Thompson (D-CA), told Bloomberg this week, somewhat optimistically, “I think my clean energy bill is something that we will pass after all this is done.”

But there’s a chance a few credits could make it in. Certainly the EV credit is worth fighting for, especially since, if Democrats ever get control of Congress, they’re going to be fighting against these same Koch-funded groups. Storage is worth fighting for. So is solar. Get something!

In a sane world with a functioning legislative apparatus, tax credits would not be a primary clean-energy policy tool. Even in industrial policy terms, they are somewhat crude. Ideally you’d want to get clean energy markets going with a balanced portfolio that included a price on carbon, performance standards in key industries, demand pull created by federal and state government procurement, targeted R&D in hard-to-decarbonize sectors, and dynamic financial incentives structured to be sensitive to time, place, and decarbonization potential.

But almost all of that would require big legislation from Congress. And the US is now governed by two political parties with incommensurate worldviews, values, and aspirations for the country. They can no longer agree on big things. Or medium things. And there are only a few scattered small things they still agree on.

Most of those small things are tweaks of the tax code — new credits, exemptions, refunds, adjustments, and the like — which can often pass in reconciliation bills (that aren’t subject to filibuster) or tucked away in must-pass funding bills like the one being discussed now.

This is precisely the kind of governance that causes every economist to cringe: here a subsidy, there a refund, favors for various constituencies tucked away in big bills where no one will ever see or question them. More and more policy gets carried out this way because it’s practically the only policy avenue left open.

It results in the bulk of government policy being obscured by the thicket of the tax code, so that most people never see or understand the role government plays in their lives — what Suzanne Mettler, a Cornell University professor of government, calls the “submerged state.”

I think I send this (non-academic) Mettler article on the “submerged state” to some class or person at least once a year — just sent it to my policy process theory students. Such compelling analysis of how policy designs affect citizens and citizenship: https://t.co/KjVfGJCm5E

Nonetheless! We live in a fallen world, and in particular, in a time of extraordinary stupidity, corruption, and instability. There is no telling what Trump will do tomorrow, or in the 2020 election. There’s no telling anything any more.

And these tax credits are at hand. They exist, they work, they have some bipartisan support, and there’s a small chance at least a few of them could make it into this spending bill.

If Democrats really think climate change is an emergency, an existential threat, they should be scrambling to make progress on the ground anywhere they can, any time they can. They shouldn’t let unwinnable or symbolic battles distract them from small, tangible victories that might still be possible.

Mountain gorillas are distancing, too — from humans
Trump’s flailing incompetence makes coronavirus even scarier
What we know about the explosive letter accusing Kavanaugh of attempted sexual assault
Republicans want to out the whistleblower because they can’t defend Trump on the merits
A looming shutdown deadline hasn’t changed the central conflict: the wall
The PPE shortage in America is a crisis — here’s a realistic plan to solve it