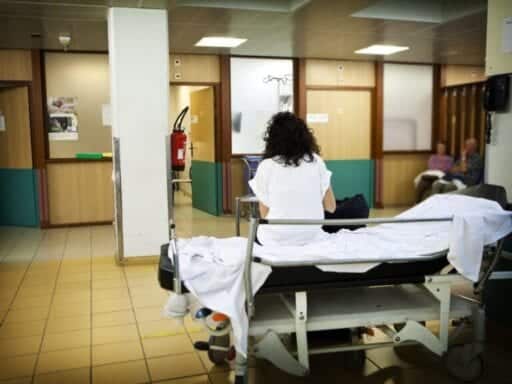 Lawmakers look like they finally have a deal to end surprise medical bills. Here’s how.

Just as the prospects of a congressional deal to stop surprise medical bills seemed to be dimming, lawmakers had a breakthrough. On Sunday evening, the leaders of several key health care committees announced they had come to an agreement.

Sen. Lamar Alexander, the top Republican on the Senate health committee, announced the news alongside Reps. Frank Pallone (D-NJ) and Greg Walden (R-OR), the top Democrat and Republican on an important House committee. (Sen. Patty Murray, the ranking Democrat on Alexander’s committee, did not join the trio; her spokesperson told Axios some Senate Democrats still have unspecified concerns but she still welcomed the development.)

”I do not think it is possible to write a bill that has broader agreement than this one does among Senate and House Democrats and Republicans on Americans’ number one financial concern: what they pay out of their own pockets for health care,” Alexander said on Sunday night.

They got there by compromising on what has been the most contentious issue in the surprise billing legislation: how much doctors will get paid when they provide emergency out-of-network care to patients.

Right now, patients can face “balance billing”: a provider not covered by their insurance plan will charge them the full difference — the balance — between what the insurer is willing to pay and what the provider wants to charge. That is how patients can end up with surprise bills for tens of thousands of dollars. Research shows 18 percent of ER visits and 16 percent of in-patient hospital admissions result in a surprise bill of some kind. Nearly half of Americans say they’ve gotten one, per a Families USA/Perry-Undem poll.

In all of the plans proposed in Congress, that practice would end. Patients won’t have to pay any more money for out-of-network emergency care and certain other services (like anesthesiology) than they would at an in-network provider.

That’s a big saving for patients, but it raised another big question: How much is their insurance plan going to pay a doctor the insurer doesn’t already have a contract with?

For months, there has been a fight between two approaches to this issue:

Patients, insurers, and employers favor a default price (because it keeps the cost lowest), and doctors want arbitration (because it gives doctors an opportunity to receive a higher payment). The Senate bill that passed out of committee had only a benchmark price, no arbitration; the House’s committee-passed bill included arbitration for bills above a certain amount.

So they split the difference.

Under the compromise announced Sunday, bills under $750 would be paid at a default price, based on in-network charges in the same region. But bills over that amount could be brought to arbitration. The arbiter will collect information from both sides and make a price determination, which is binding.

This is a political compromise. Dark-money groups with support from private equity invested in staffing doctors have spent millions of dollars to try to block the default-price approach — they call it rate setting — even though most of the experts I’ve talked to agreed a default price would be the simplest and the least expensive approach. There were real concerns among consumer groups that a deal on surprise medical bills might simply be dead.

So all told, you can see the logic of this compromise. Doctors get arbitration for higher bills (and the threshold is actually lower than the bill that originally passed in House committee, another win for doctors). But prices will be set for lower bills, so every single out-of-network bill in the country isn’t subjected to third-party arbitration.

The next stop, according to Alexander, is hopefully the end-of-year government spending bill that must pass before December 20. The deal includes a sweetener for Senate Majority Leader Mitch McConnell: a provision to raise the federal smoking age to 21. Now that the committees have hashed out a deal, it falls on House and Senate leaders to figure out the path forward.

It’s not a done deal. Hospitals are still opposed because they don’t want a default price of any kind. But the White House sounded supportive in a statement released Monday, and it’s difficult to imagine Senate Democrats being the final roadblock to a plan to reduce health care costs to patients.

After a grim prognosis a few weeks ago, there is fresh optimism that surprise medical bills can be a thing of the past.

Joker has toxic fans. Does that mean it shouldn’t exist?
In London, hundreds of thousands demand another chance to vote on Brexit
The South Carolina primary is a critical springboard for Super Tuesday
The Mueller report renders thousands of T-shirts irrelevant
Why it’s so satisfying to root for Disney villains
“I tried ketamine to treat my depression. Within a day, I felt relief.”