Conservatives are turning on Taylor Swift after she endorsed Democrats 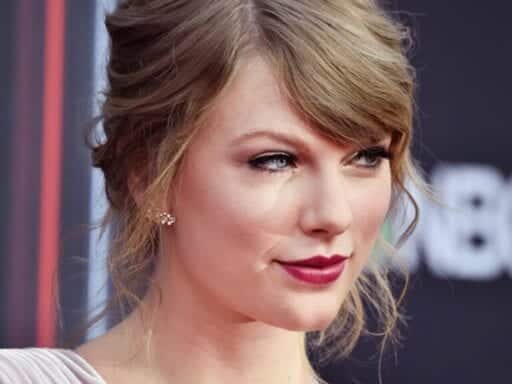 It used to be mad love …

Like Taylor Swift in a Taylor Swift song, Republicans have turned on Taylor Swift following the singer’s declaration that she’s voting for Democratic candidates in the 2018 midterm elections.

The singer posted a lengthy, detailed explanation on Instagram on Sunday of why she intends to vote for two Democrats — Senate candidate Phil Bredesen and US House of Representatives candidate Jim Cooper— in her home state of Tennessee. In a post that went out to her more than 110 million followers, Swift points to her views on women’s rights, LGBTQ rights, and systemic racism as aligning with those candidates’ more so than those of Republican candidate Marsha Blackburn, whose congressional voting record Swift said “appalls and terrifies me.”

I’m writing this post about the upcoming midterm elections on November 6th, in which I’ll be voting in the state of Tennessee. In the past I’ve been reluctant to publicly voice my political opinions, but due to several events in my life and in the world in the past two years, I feel very differently about that now. I always have and always will cast my vote based on which candidate will protect and fight for the human rights I believe we all deserve in this country. I believe in the fight for LGBTQ rights, and that any form of discrimination based on sexual orientation or gender is WRONG. I believe that the systemic racism we still see in this country towards people of color is terrifying, sickening and prevalent. I cannot vote for someone who will not be willing to fight for dignity for ALL Americans, no matter their skin color, gender or who they love. Running for Senate in the state of Tennessee is a woman named Marsha Blackburn. As much as I have in the past and would like to continue voting for women in office, I cannot support Marsha Blackburn. Her voting record in Congress appalls and terrifies me. She voted against equal pay for women. She voted against the Reauthorization of the Violence Against Women Act, which attempts to protect women from domestic violence, stalking, and date rape. She believes businesses have a right to refuse service to gay couples. She also believes they should not have the right to marry. These are not MY Tennessee values. I will be voting for Phil Bredesen for Senate and Jim Cooper for House of Representatives. Please, please educate yourself on the candidates running in your state and vote based on who most closely represents your values. For a lot of us, we may never find a candidate or party with whom we agree 100% on every issue, but we have to vote anyway. So many intelligent, thoughtful, self-possessed people have turned 18 in the past two years and now have the right and privilege to make their vote count. But first you need to register, which is quick and easy to do. October 9th is the LAST DAY to register to vote in the state of TN. Go to vote.org and you can find all the info. Happy Voting!

The news that the famously apolitical Swift had endorsed Democrats rocketed around the internet on Monday, eventually landing in the lap of the most powerful Republican in the country, President Donald Trump, who dismissed Swift as an uninformed voter and calculated that her endorsement of Democrats had dropped his interest in the singer’s music by about 25 percent.

”I’m sure Taylor Swift has nothing — or doesn’t know anything about [Blackburn],” Trump told reporters at the White House on Monday. “Let’s say that I like Taylor’s music about 25 percent less now, okay?”

Trump wasn’t the only Republican who voiced a newfound disinterest in Swift. Charlie Kirk, head of the right-wing organization Turning Point USA, told Fox and Friends that the singer should stick to singing instead of politics.

“What I used to love about Taylor Swift is she stayed away from politics” –@charliekirk11 pic.twitter.com/Nd77XXnQr8

Candace Owens, the communications director of Turning Point, also chimed in, saying that Swift was a Hollywood elitist and was using minorities as a political pawn:

On the heels of @taylorswift13 feeling the need to, as all Hollywood elitists do, use black people and minorities as pawns to brainwash people into doing their bidding— I would like come out to Tennessee and campaign for @MarshaBlackburn.

Marsha, let’s do this! #MAGA

Owens’s threshold for celebrities getting involved with politics, and for what makes certain public figures Hollywood elites or heroes, seem to be correlated to the politics they ascribe to. Over the summer, Owens lauded Kanye West for his vocal support of Trump, and last month said that he was the bravest man in Hollywood for voicing his political beliefs:

Kanye West is one of the bravest man in Hollywood right now. He was booed off stage last night for openly supporting Trump and telling the truth about the Democrats breaking down black families.

So @taylorswift13 has every right to be political but it won’t impact election unless we allow 13 yr old girls to vote. Still with #MarshaBlackburn

Huckabee’s dismissal is particularly glib in its characterization of Swift’s fan base. While Swift is indeed popular with teens, her self-titled debut album came out 12 years ago, in 2006. Assuming many of her fans have stuck with her (and according to a Billboard article from 2017, her career album sales are at 31.4 million and counting), even fans who were 6-year-olds at the beginning of her career are now old enough to vote.

There’s at least some anecdotal evidence that Swift’s voter-age fans are responding: As Buzzfeed explains, Swift’s Instagram post coincided with a voter registration spike in her home state of Tennessee.

“[Vote.org] has received 5,183 in the state so far this month — at least 2,144 of which were in the last 36 hours [according to a Vote.org spokesperson] up from 2,811 new Tennessee voter registrations for the entire month of September and just 951 in August,” Buzzfeed reports.

While it’s certainly feasible that Swift may have influenced some voters to register who may not have otherwise, it should be noted that the registration deadline in Tennessee for the November 6 elections is October 9. It makes sense that more people would register closer to the deadline than would have in August or September.

Swift hasn’t yet commented on the response to her endorsement, but it wouldn’t be a stretch to think that now there might be bad blood between her and the Republican Party.

Photos: kids in 123 countries went on strike to protect the climate
Vox Sentences: Google’s $90 million payout to Andy Rubin
The US’s new surge in coronavirus cases, explained
The Senate confirms Allison Rushing, a judicial nominee who once interned for a hate group
How China used Facebook and Twitter to spread disinformation about the Hong Kong protests
Hannah Gadsby, of the Netflix sensation Nanette, says she’s not quitting comedy after all