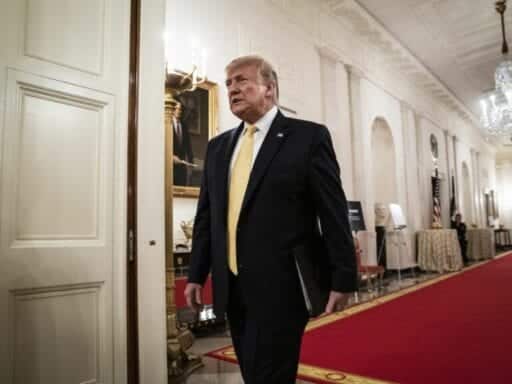 But trending on social media isn’t always a good thing.

Thursday’s sham social media summit at the White House might have already disproved its own point by being one of the most posted-about things on social media.

The summit, a motley crew of Trump supporters and online trolls — pointedly devoid of anyone from a real social media company — met to discuss their baseless theory that conservative voices have been systematically suppressed on social media.

The event was more popular on social media on the day of the summit than 7-Eleven Day, a promoted and highly discussed annual occurrence in which the convenience store chain gives away free Slurpees, according to data from social media measurement companies Hootsuite and Crimson Hexagon. It was also more popular than tweets about the Women’s World Cup winners, who had celebrated their victory parade in New York just the day before.

Both companies performed a variety of keyword searches to try and include the many ways in which people were talking about these subjects.

Crimson Hexagon found that nearly 170,000 tweets and retweets were about the social media summit, compared to 90,000 for 7-Eleven and just over 100,000 for the Women’s World Cup. On the day of the US women’s soccer team victory, however, that topic owned, with nearly 2 million tweets and retweets. Even Trump tweeted about it.

Hootsuite, which gathers this info on Twitter, Facebook, Instagram, and Reddit, among others, through its social media monitoring integration with Brandwatch, didn’t provide exact numbers but said the summit had twice as many mentions as #FreeSlurpeeDay and that it surpassed mentions for the Women’s World Cup from the day before.

But the summit wasn’t the biggest Twitter topic on Thursday. The top three biggest topics were convicted sex offender Jeffrey Epstein, his friend Donald Trump, and Korean pop band BTS, according to Crimson Hexagon, but the summit was certainly one of the more prominent social media topics in the US on that day.

A sentiment analysis of tweets about the White House social media summit were mostly negative, according to Crimson Hexagon. Of summit tweets that expressed an opinion, 64 percent were negative. Meanwhile, 7-Eleven Day’s opinionated tweets were 70 percent positive (hard to argue with free). On the day of the Women’s World Cup victory, 90 percent of its opinionated tweets were positive.

Trump is still trying to collect citizenship data for redistricting
Bon Appétit’s new Thanksgiving show is the most ambitious crossover event in history
Democrats have a plan to reopen the government. Republicans aren’t interested.
Why the term “BIPOC” is so complicated, explained by linguists
US airlines are waiving fees and canceling domestic flights as coronavirus spreads
Supertrees: Meet Congo’s caretaker of the forest