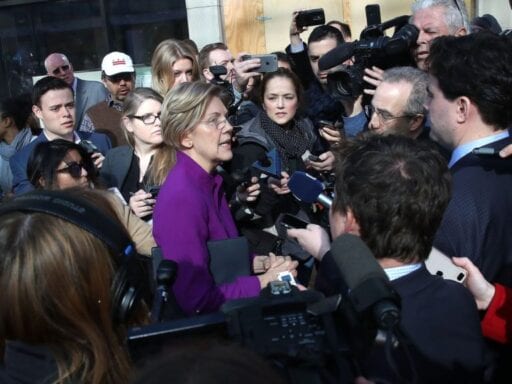 In a 2016 opinion, he described the CFPB and other independent agencies as a “threat to individual liberty.”

In 2016, Brett Kavanaugh, serving on the DC Circuit Court of Appeals, wrote an opinion declaring the agency a “gross departure from settled historical practice” and describing all independent executive agencies as a “headless fourth branch of the US government.”

Now, consumer advocates are worried about what Kavanaugh being on the Supreme Court would mean to the Consumer Financial Protection Bureau (CFPB), which the Trump administration has undermined — and about Kavanaugh’s attitude toward consumer protection more broadly.

The case Kavanaugh decided began in 2014, when the CFPB, under then-Director Richard Cordray, alleged that mortgage company PHH Corp. had harmed consumers through a mortgage insurance kickback scheme that started as early as 1995.

The bureau found that when PHH struck mortgage agreements, it referred its customers to mortgage insurers it had partnerships with. In exchange for those referrals, insurers bought reinsurance, a sort of insurance for insurers, from PHH’s subsidiaries, and PHH took those fees as kickbacks.

In 2015, the CFPB ordered PHH to pay $109 million in fines. PHH sued, seeking to vacate the CFPB’s order and arguing that its mere existence was unconstitutional.

Kavanaugh was part of a three-judge panel on the DC Circuit Court of Appeals that ruled largely in favor of PHH in October 2016. Kavanaugh, who wrote the opinion, held that the CFPB’s leadership structure, although not the entire agency, is unconstitutional. He took issue with the agency’s setup: It’s under a single director who can only be fired by the president with cause.

“Indeed, other than the president, the director of the CFPB is the single most powerful official in the entire United States government, at least when measured in terms of unilateral power,” he wrote. “That is not an overstatement.”

His 2016 decision was partially reversed in a 250-page en banc opinion issued in January 2018, which declared that the CFPB is constitutional. Kavanaugh wrote a dissent defending his original opinion, arguing that the case is one about “executive power and individual liberty.” PHH still got to skip out on the $109 million fine.

Consumer advocates are worried about Kavanaugh on the Court

If Kavanaugh is confirmed, his past qualms with the CFPB and his perceived deregulatory bent have consumer advocates on edge. Republicans have been gunning to take down the CFPB since its conception, and Acting Director Mick Mulvaney has sought to undermine it in multiple ways.

There are concerns Kavanaugh at the Supreme Court could further harm the bureau’s mission and perhaps undo it altogether.

Soon after Trump announced Kavanaugh’s nomination on Monday, Sen. Elizabeth Warren (D-MA), who originally came up with the idea for the CFPB, sounded the alarms.

There’s a lot to dislike about Brett Kavanaugh’s record – including his hostility toward consumers. He argued that the @CFPB – which has returned $12 billion to people who were cheated – is unconstitutional. The rights of consumers: that’s #WhatsAtStake. https://t.co/1lpHYdQ86M

Debbie Goldstein, vice president of advocacy group the Center for Responsible Lending, warned in a statement that the dismantling of the CFPB could result in a return to the predatory financial practices that necessitated it in the first place.

“Having a judge confirmed to the US Supreme Court who is anti-consumer and believes that the CFPB structure is unconstitutional is alarming and should concern consumers across the country,” she said.

Two CFPB cases currently being dealt with in lower courts could eventually reach the Supreme Court — CFPB v. All American Check Cashing Inc. in the Fifth Circuit Court of Appeals and CFPB v. RD Legal Funding case in a federal court in Manhattan — and ultimately put the issue of the constitutionality of the CFPB in its hands.

But it’s not clear that Kavanaugh would rule to abolish the CFPB. In fact, there’s evidence to the contrary — the 2016 opinion.

“Unless he was persuaded to change his mind, he has pretty much concluded that the statute [creating the CFPB] is unconstitutional but that it can be saved by, essentially, rewriting it to provide that the president has the right to remove the director with or without cause,” Alan Kaplinsky, an attorney at Ballard Spahr in the consumer financial services group.

In that opinion, Kavanaugh does cite Supreme Court precedent, which as a judge on that Court he would be better positioned to reexamine, but it’s not a given he would revise his decision. “I wouldn’t really view Kavanaugh as being a greater threat to the viability of the CFPB than any of the other conservative judges that are already on the court,” Kaplinsky said.

Kavanaugh could potentially recuse himself from a CFPB case, although Kaplinsky said that unless it were the specific PHH case, he doesn’t believe that’s likely.

Beyond the future of the agency itself, Kavanaugh’s 2016 decision and his general deregulatory stance suggest how he might handle other regulatory agencies.

“The PHH decision is insightful on Judge Kavanaugh for a couple of reasons,” said Dennis Kelleher, president and CEO of Better Markets, a watchdog group that advocates for stricter financial regulations.

It exemplifies Kavanaugh’s belief in the importance of presidential power — which could matter because of more than just the CFPB (see: the Mueller investigation). And the decision has a constitutional view that executive branch agencies have far too much discretion.

“His opinion in the CFPB case is an indicator that he will almost certainly be fairly adverse to consumer and investor rights as well as the discretion of independent agencies broadly,” Kelleher said.

The CFPB is funded by the Federal Reserve and is led by a single director, who is appointed by the president for a five-year term. The director can only be fired for cause — not because the president just feels like it.

This is a unique structure in the federal government: The Securities and Exchange Commission, the Federal Communications Commission, and the Federal Trade Commission, for example, are all governed by a group of commissioners who serve a certain term. The Department of Justice and Commerce, like other Cabinet-level departments, have a single director, but he or she can be fired with or without cause.

In his 2016 opinion, Kavanaugh argued that the CFPB’s setup puts too much power in the hands of a single person. That structure, he wrote, is unconstitutional.

While PHH Corp. argued that the entire CFPB should be shut down, Kavanaugh said that wasn’t the case, citing Supreme Court precedent. Instead, he put forth a narrower remedy to “simply sever the unconstitutional for-cause provision from the remainder of the statute.”

In other words, the court ruled that the CFPB didn’t have to be disbanded, but the president had to have the right to fire the director whenever he or she wants.

In the same opinion, Kavanaugh expressed skepticism about independent agencies altogether. While he suggested multi-commissioner setups were better than the alternative of a single-director scheme, he still seems to believe they’re not ideal. He called independent agencies a “headless fourth branch of the US government” that, without presidential supervision and direction, “pose a significant threat to individual liberty and the constitutional system of separation of powers and checks and balances.”

“That’s a pretty good indication of how he’s going to rule in the future,” Kelleher, from Better Markets, said.

A lot more of the regulatory apparatus could be at risk

Aaron Klein, a fellow in economic studies at the Brookings Institution and former Treasury Department aide, told me in an email that Kavanaugh’s logic in the 2016 decision could call into question the constitutionality of the independent financial regulatory system, including Comptroller of the Currency, an office created under President Abraham Lincoln; the Federal Housing Finance Agency, created under President George W. Bush; and potentially the Federal Reserve System.

“If his decision had not been overturned [in the 2018 decision], its logic would lead to challenges of all those agencies,” Klein said.

Politico reported that after Kavanaugh’s nomination announcement, the White House sent an email to industry trade groups calling for them to help get him confirmed.

“Judge Kavanaugh protects American businesses from illegal job-killing regulation,” the email read. Among other items, it specifically cited his leadership in “the effort to rein in unaccountable independent agencies” and wrote that Kavanaugh has overruled federal regulators 75 times on cases involving clean air, consumer protections, and net neutrality, among other issues.

In other words, it’s not just the CFPB Republicans are hoping Kavanaugh might help undercut. And if the Trump email is to be believed, those pushing his nomination are hoping he might also help to scrap environmental regulations at the EPA, internet and communications rules at the Federal Communications Commission, and more.

“The way almost all Americans’ health, safety, and welfare is protected in this country is through independent agencies,” Kelleher said.

Neil Gorsuch, Trump’s other Supreme Court pick, has expressed skepticism of Chevron, and it was often discussed when he was nominated in 2017. It’s too early to tell exactly where Kavanaugh will fall on Chevron-related cases — and, more broadly, how he’ll rule on federal agencies — but there’s evidence in the past that indicates he’s not so sure about it, either. As Politico notes, Kavanaugh in 2014 called Chevron “nothing more than a judicially orchestrated shift to power from Congress to the executive branch.”

“That constitutional view is aimed right at the heart of the New Deal-Great Society administrative state,” Keller said. “That’s what’s at stake here, and we’re going to find out over the next few years.”

Kaplinsky left more room for doubt. “[Kavanaugh’s] views are probably in line with Gorsuch and some of the other conservative justices on the Court that are very skeptical of the Chevron deference to agencies, but I don’t think it’s a black and white issue,” he said.

The moral logic of coronavirus
Why Iran won’t talk to Trump, explained in one paragraph
Why struggling companies promote women: the glass cliff, explained
Jeff Bezos says the National Enquirer’s owner threatened to release his “d*ck pick,” so he described...
People are running over George Floyd protesters. Are far-right memes to blame?
John Lewis’s graphic memoir trilogy, March, tells the story of a lifetime of results and actions