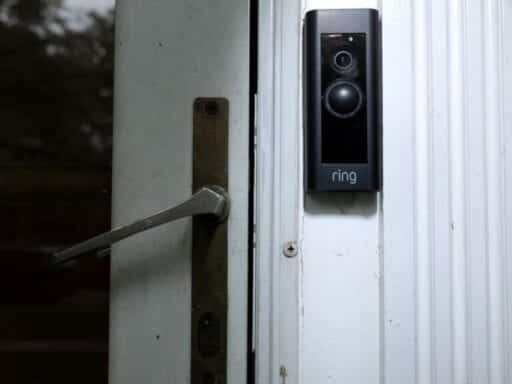 Share
Loading...
In the latest Ring incident, a hacker was able to communicate with a 8-year-old girl. | Chip Somodevilla/Getty Images

This is only the latest controversy for the video doorbell company.

Following a string of highly publicized hacks on Amazon Ring devices, a number of consumer and privacy groups, led by nonprofit advocacy group Fight for the Future, issued a product warning for Ring cameras on Tuesday. The joint warning by groups including the Electronic Privacy Information Center and Mijente asserts that Ring devices are not secure, that they expose personal information like device locations and wifi passwords, and that they’re “easier than ever” to hack and share video without your permission.

The most recent incident involved a person who accessed a Ring camera in the room of an 8-year-old Mississippi girl. The stranger was able to view footage of the girl and yell the n-word at her. At one point, he says, “I’m your best friend. I’m Santa Claus. Don’t you want to be my best friend?”

This is only the latest controversy for Ring, which has faced criticism over its close relationships with police and its potential use of facial recognition technology. Other similar incidents have happened in Georgia, Connecticut, and Florida; security researchers have also found that Ring devices could allow hackers to steal wifi passwords.

Ring did not immediately respond to Vox’s request for comment. The company previously told the Washington Post that the Mississippi incident was “in no way related to a breach or compromise of Ring’s security.”

In a statement, Fight for the Future’s Ken Mickles, the organization’s chief technology officer, wrote:

Amazon is not taking the steps necessary to protect their users. Amazon knew users’ wifi passwords had been leaked and were compromised. They issued no warning to users to change their password, nor did they take additional measures to ensure greater protection like requiring two-factor authentication. It was just a matter of time before hackers took advantage of these blatant security vulnerabilities.

The US Consumer Product Safety Commission would have purview to issue official product warnings for Ring devices, but only in the instance of mechanical safety issues, like it did for inclined infant sleepers earlier this fall. Data privacy concerns would fall to the Federal Trade Commission, which did not immediately respond to Vox’s request for comment.

Of course, consumer watchdog groups can issue whatever notices they want, though they don’t have the same force as one from a government organization.

The product warning arrives at the height of consumer shopping season, when Ring devices are heavily featured and discounted on Amazon.

The government is making it easier for “dark money” donors to go unnamed
The coronavirus is changing how America drinks
The single worst idea proposed at the Democratic debate
Trump’s obstruction of the 2020 census, explained
Colorado’s cleanest energy options are also its cheapest
PBS and Politico journalists are tag-teaming December’s Democratic debate