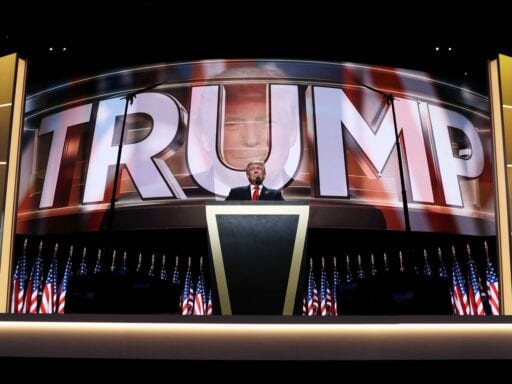 Conventions usually shake up polling in the short term, but do those effects last?

During convention week, a presidential candidate’s party gets saturation media coverage, with major speeches being aired in primetime. The candidate tries to show off an all-star team of supporters, and to broadcast a message that will win the support of voters in crucial states. That’s the main purpose of the conventions in the modern era — not to conduct party business, but to try to swing the election.

So how often do conventions actually make a difference?

If the question is whether conventions affect the polls in the short term, the answer is a resounding yes. In fact, a “post-convention bounce” is one of the most consistent and well-documented patterns in presidential polling — most candidates get one, though not all do, and the magnitude varies.

There are, of course, two conventions, and one has to go before the other (traditionally, the incumbent president’s party goes second, which is the case this year). So it’s common for the effects of the second convention to quickly dampen or drown out the effects of the first. In the four most recent presidential elections, in fact, the candidate with the second convention emerged with a poll lead that lasted weeks or even a month.

Yet in each of these cycles, polls eventually shifted again — sometimes after the debates, and sometimes after news events. So the convention season can make an impact on the polls, but it’s hardly the last word, particularly as they come with months left in the campaign.

The polls usually move around during convention season

The convention bounce is a well-understood part of presidential polling lore. In fact, it’s quite unusual for a candidate to fail to get a bounce — they usually do, as Geoffrey Skelley writes at FiveThirtyEight.

The obvious explanation would be that, when a party gets to put its preferred message forward (mostly unanswered) in four nights of primetime TV coverage, that party’s candidate tends to improve in the polls.

However, Columbia University statistics and political science professor Andrew Gelman and others have argued that sudden poll swings can often be explained by the phenomenon of “differential nonresponse” — that, at certain points in the campaign, supporters of one candidate might be less likely to answer pollsters. When it comes to the conventions, Democrats may be less likely to respond when Republicans’ convention is getting all the news coverage, and vice versa.

Whatever the reason, the swings can be dramatic enough to change which candidate is leading polls:

Now, Biden holds about an 8-point lead in national polls. He has led Trump in the RealClearPolitics national average all year, though the size of that lead has varied between 4 and 10 percentage points. He also has leads of 5 to 6 percentage points or more in enough swing states to give him an Electoral College victory with room to spare.

So for Trump to actually surge into the lead in national polls, he’d need a very big convention bounce indeed. An 8 percentage point convention bounce is not unheard of but, per Skelley, a candidate hasn’t gotten such a bump since 2000.

Is the convention effect more durable than other poll swings?

It’s clear that polls move around a lot during conventions. However, political scientists Robert Erikson and Christopher Wlezien have made the case that the net effect of convention season can be important.

The immediate post-convention period is chaotic and noisy for polls, but by about two weeks after they’ve concluded, polls become more predictive of the eventual outcome, according to their analysis. So Erikson and Wlezien have argued that, historically, the convention period has usually been more important than subsequent campaign events like debates. That could theoretically be because of the content of the conventions themselves, but part of it could also be that the election is drawing nearer and people are increasingly making up their minds.

Still, we need to keep in mind that the polls can and do shift once convention season is over — and that if the race is close enough (or if one candidate has an advantage in the Electoral College math), such shifts can be decisive. For instance:

Overall, polling swings during and after the conventions are common, but the experience of 2016 especially should be a reminder that there’s little reason to assume they will matter more than happenings in the more than two months between the conventions and election day. The time until then will include debates, intense advertising campaigns in swing states, and unpredictable news developments that could hurt one candidate or the other. There’s a long road ahead, meaning neither candidate can count on post-convention polling boosts to swing the election their way.

The controversy over a Trump judge’s oddly partisan “religious liberty” opinion, explained
Tropical Storm Barry: where the storm is and where it’s heading
No officers charged with killing Breonna Taylor
New polls show Ted Cruz could really lose in 2018
The biggest lie we still teach in American history classes
How the 2020 census is trying to overcome Covid-19, digital divides, and Trump to get an accurate co...