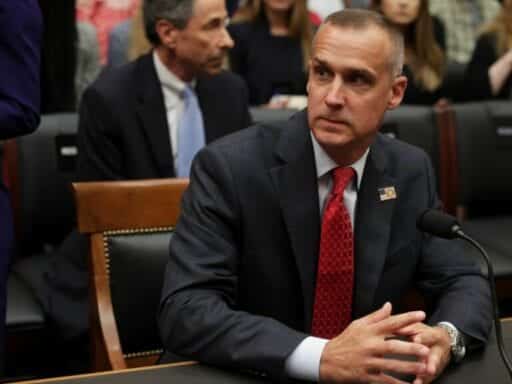 It was House Judiciary Democrats’ first big hearing of the fall. Here’s how it went.

Democrats on the House Judiciary Committee hauled in former Trump campaign manager Corey Lewandowski to testify Tuesday, in the first big hearing of their impeachment investigation — and it was a circus.

The testimony was mainly about one episode of potential obstruction of justice outlined in Special Counsel Robert Mueller’s report: President Donald Trump’s request to Lewandowski, in June 2017, that he deliver a message to Attorney General Jeff Sessions, pressuring him to retake control of the Russia probe and restrict it only to future election interference. Lewandowski never gave the message to Sessions.

It was a bizarre incident. Because Lewandowski was a private citizen at the time, it seemed to be an example of Trump trying to circumvent his own White House staff to covertly pressure Sessions. Mueller’s legal analysis suggested this was potentially an instance of obstruction of justice. However, Mueller decided not to reach a conclusion on whether it, or any other conduct by the president, was actually criminal.

So Democrats on the House Judiciary Committee hoped to use Tuesday’s hearing to draw more attention to the episode, as a part of their larger impeachment push.

What ensued was a bit of a mess. Some of Lewandowski’s testimony was difficult to believe, and he treated the committee with contempt generally. For many questions, he simply refused to answer — claiming he was respecting a White House demand that he limit his testimony to what was in Mueller’s report (though the White House’s legal rationale is contested, to put it mildly).

Politically, however, the whole spectacle seemed unlikely to change much for Democrats. As usual, the hearing had a disjointed feel, with five-minute questioning segments for members of Congress on the committee, alternating from party to party. The Democratic questioners varied wildly in effectiveness, and Republicans, for their part, went to bat for the president and his former campaign manager.

Yet the very end of the hearing revealed another potential model for how these things could be done: Barry Berke, a lawyer for House Democrats, grilled Lewandowski for 30 minutes straight, eventually forcing him to admit that he lied in media interviews. If the Judiciary Committee Democrats want to maximize their effectiveness this fall, more segments like that are the way to go.

Some of Lewandowski’s testimony was difficult to believe

Lewandowski was at his most unconvincing when he professed there was nothing unusual or concerning about Trump’s request to him.

Again: This is the president of the United States asking his former campaign manager — who was not a government employee at all — to deliver a message to the attorney general, relating to an investigation into the president and his circle.

The message was about a speech that Trump wanted Sessions to give. He wanted Sessions to reverse his recusal, to retake control of the Mueller probe, to publicly proclaim Trump did nothing wrong, and to limit Mueller only to investigating “election meddling for future elections” — that is, not what already happened in 2016 and not obstruction of justice in the time since Trump took office.

Any savvy operative would be worried about potentially opening themselves up to legal trouble for obstruction of justice about all this. And Lewandowski was notably lackadaisical in following through on it. After Trump’s initial June 19 request, Lewandowski asked to meet with Sessions, was rebuffed, and then did nothing else about it until Trump saw him again a month later.

When Trump followed up on July 19 — telling him to meet Sessions personally, and that if Sessions refused, Lewandowski should tell him he was fired — Lewandowski demurred again. Instead, though, Lewandowski passed off the message to Rick Dearborn, the White House deputy chief of staff (who was a former Sessions aide). Dearborn says he never actually delivered the message.

So one could certainly surmise that Lewandowski wanted to keep his hands clean from something he feared could he criminal — as Democrats did in their questioning Tuesday. Yet Lewandowski insisted he wasn’t worried about it.

What Trump asked him to do wasn’t illegal, he said. As for why he took him a month to take any action — well, he was going on vacation with his kids, he said. (He later clarified the vacation was for two weeks.) And he claimed that he wanted a sit-down meeting with Sessions away from DOJ because they were friends, and he wanted a relaxed environment.

There was lots of legally dubious — and ridiculous — stonewalling

The hearing had a farcical character, especially at the beginning, because Lewandowski refused to answer many questions — at the White House’s behest.

“Mr. Lewandowski’s conversations with the President and with senior advisers to the President are protected from disclosure by long-settled principles protecting Executive Branch confidentiality interests,” White House counsel Pat Cipollone wrote in a letter. “As a result, the White House has directed Mr. Lewandowski not to provide information about such communications beyond the information provided in the portions of the Report that have already been disclosed to the Committee.”

But an assertion of executive privilege like this — over the president’s conversations with someone who wasn’t even a government employee — is not at all as “long-settled” as Cipollone claims, and in fact is highly controversial.

Democrats could well push ahead with trying to hold Lewandowski in contempt, and try to get a court order forcing his testimony (though it’s unclear whether his testimony would be useful enough to them to make that expenditure of resources worthwhile).

For the purposes of Tuesday’s hearing, though, this stance meant that Lewandowski flatly refused to answer questions about his private talks with Trump — unless they were already mentioned in the Mueller report.

Lewandowski used that as an opportunity to mirror — mockingly — Mueller’s ultra-careful testimony from July. For instance, after being asked extremely basic questions, Lewandowski would take his time trying to locate the exact sentence in the report that would “allow” him to answer them.

For months, Democrats who support impeaching President Trump have struggled to make their case. Though over half the House Democratic caucus now supports an impeachment inquiry, and though the House Judiciary Committee recently kinda, sorta confirmed they are conducting one, they face continued resistance from Speaker Nancy Pelosi and moderates in the party, who view impeachment as a political loser.

When confronted with the mediocre poll results for impeachment, supporters have often responded by saying that once hearings get started, public opinion will change. That’s what happened during Watergate, after all. Congressional committees held hearings about Nixon’s crimes, and gradually, the percent of the country telling pollsters Nixon should be removed from office increased, from 19 percent in June 1973 to near 50 percent in March 1974. (Nixon resigned in August of that year.)

But the Washington Post’s Philip Bump has argued that there are a few problems with that comparison. For one, politics is far more polarized these days. Additionally, the Nixon investigations kept producing new revelations about his misdeeds that changed people’s minds — and it’s not clear Democrats’ hearings will do the same.

In any case, the Lewandowski hearing was the first major House Judiciary Committee hearing to take place this fall. That means it was the first big test for whether Democrats could win over the public — either through bombshell new revelations, or simply by putting on an effective hearing that communicates their political message.

The hearing was a partisan food-fight that produced little new information of import (partly because of Lewandowski’s stonewalling). Much of it was taken up by procedural wrangling. Republicans on the committee uniformly defended Lewandowski, who preached to the conservative choir (and may have helped boost his profile before a potential run for US Senate in New Hampshire).

And Democrats didn’t really have great material to work with. The central topic of the hearing was about how Trump told Lewandowski to deliver a message to Jeff Sessions that he should rein in the Mueller investigation. It’s scandalous stuff. But it turns out the message never even got to Sessions, and the Mueller investigation got to continue — making it another case in which Trump’s obstruction attempts ended up being more incompetent than effective.

So for those Democrats hoping to change the political dynamics of impeachment, this hearing will likely go down as a failure — and a sign of potential trouble to come.

But there was one bright spot for Democrats at the end

Finally, several hours after the hearing began, and after every member of Congress on the committee had had their say in five-minute questioning segments, Democrats shifted to a different approach.

Now, the questioning would be in one 30 minute bloc, and conducted by a skilled attorney: Barry Berke, who is a consultant to Judiciary Democrats.

Berke was far more effective at pinning Lewandowski down and getting answers out of him. After several minutes of grilling in which Lewandowski was shown clips of lies he told on television, Lewandowski admitted that he felt he had “no obligation” to be honest with the media in interviews that are for public consumption.

Lewandowski, dripping with disdain, all but admits he lied during media interviews, prompting the audience to gasp at his brazenness. Hard to believe this guy is considering a run for US Senate. pic.twitter.com/cwLf3NEI2E

The revelation is hardly a game-changer — few will be shocked that a Trump aide lies in press interviews. But it was certainly awkward for Lewandowski, who, again, is thinking of running for office next year. And it’s useful as a model for how questioning at subsequent hearings this fall could more effectively be conducted.

Members of Congress are set in their ways, and they each want their five minutes in the spotlight. But changing the political dynamics around impeachment at this point is a tall order. If Democrats on the Judiciary Committee are actually serious about trying to do that, one way to do so is to devote more questioning time to people like Berke.

The evolution of hand-washing, explained by a historian
Amazon’s surveillance cameras fly now — which is terrifying
What “home for the holidays” means during a pandemic
“Socialism” vs. “capitalism” is a false dichotomy
Watch: Saturday Night Live casts Matt Damon as Brett Kavanaugh. And he is YELLING A LOT.
A Stanford psychologist on the art of avoiding assholes