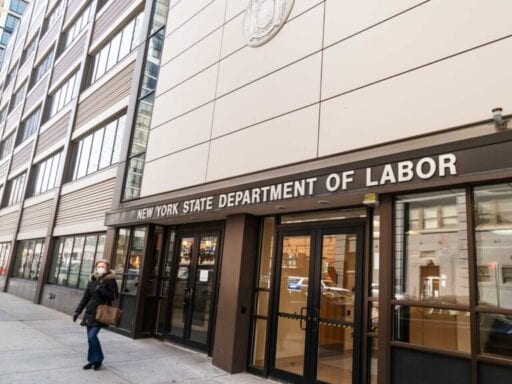 The upcoming jobs report will be far too rosy. The reality is much grimmer.

On March 24, 2020, the Federal Reserve Bank of St. Louis, to not much fanfare, predicted that unemployment in the United States was about to skyrocket to a point higher than that reached at the peak of the Great Depression: 32 percent.

That is an astonishing — even incomprehensible — figure. Just four weeks ago, before the coronavirus pandemic plunged us into a recession, unemployment was at 3.5 percent. During the depths of the Great Recession, the highest unemployment reached was 10 percent. Nearly a century ago, in the Great Depression, the worst figure was 24.9 percent — lower if you count people in work relief jobs as employed.

The so-called back-of-the-envelope calculation by the St. Louis Fed is simply staggering. If anywhere close to accurate, it suggests Americans have barely come to grips with the coming economic calamity.

To be clear, the 32.1 percent figure is almost certainly wrong when it comes to the precise number. Other economists argue it’s much too high. Jason Faberman, a senior economist at the Chicago Fed, tells me it is “based on extreme assumptions” that everyone at risk of layoffs gets laid off. But there are strong reasons to believe Americans are in for unemployment levels higher than any seen in most of their lifetimes.

Reaching that number is not inevitable. We can do much to arrest it. But it is going to take serious and sustained work from policymakers, who still might not grasp just how big the economic catastrophe is.

How the St. Louis Fed arrived at its estimate

Bank economist Miguel Faria-e-Castro wrote a blog post laying out the logic behind the “back-of-the-envelope” estimate.

First, he cited research by his St. Louis Fed colleague Charles Gascon, who classified 808 occupations tracked by the Bureau of Labor Statistics by how likely they are to face layoffs due to social distancing rules. Gascon’s estimate was that 66.8 million people in sales, production, food preparation, and other sectors were at high risk of layoffs.

Three other economists at the St. Louis Fed — Fernando Leibovici, Ana Maria Santacreu, and Matthew Famiglietti — relied on survey data asking Americans how close, physically, they work to other people to classify occupations. They estimated that 27.3 million workers are in occupations with “high contact intensity.”

So Faria-e-Castro simply averaged these two estimates — 66.8 million people, and 27.3 million people — together to estimate the likely number of unemployed people during coronavirus lockdown. They average to 47.05 million.

This is a very, very rough estimate, to a level where calling it “back of the envelope” feels like an insult to envelope math. Faria-e-Castro writes that the real number could be as low as 10.5 percent (if you take the estimate of “high contact” occupations and exclude education and health care workers who are less likely to be laid off) and 40.6 percent (if you use the “high risk of layoff” number only). There’s a whole universe of potential outcomes in that range.

But Faria-e-Castro’s estimate is worth taking seriously, even if it winds up being much too high.

That’s how many people filed new initial unemployment claims the week ending March 21. It was likely an undercount of the total number of layoffs occurring that week, given how backed up the phone and online systems for accessing unemployment insurance have been.

Due both to those deferred claims and to the increasing number of employers shutting down the following week, claims for the week ending March 28 may be higher. Yale economist Paul Goldsmith-Pinkham and University of Minnesota economist Aaron Sojourner estimate that there will be 5.6 million new claims. Preliminary news reports suggest the number could be even higher, even double the 3.3 million number from the prior week.

That 17 percent figure might be too high, Faberman of the Chicago Fed says, because it doesn’t account for the fact that the “take-up rate” of unemployment insurance claims rises during downturns. That means there are fewer unemployed people not getting unemployment relief who you have to add to the unemployment rate estimate, meaning the unemployment number could be an overestimate.

But he concedes 17 to 20 percent might be a good estimate of where the job market is headed, if not in March, then in a couple of months. Even now additional businesses are closing down as stay-at-home orders spread to new cities and states, suggesting we could be in for several weeks of high claims numbers.

Other ways of estimating how many people will ultimately be laid off suggest a much higher upper bound.

UChicago economists Jonathan Dingel and Brent Neiman recently put out a paper titled simply, “How Many Jobs Can be Done at Home?” Their answer, from evaluating survey responses to questions about how often workers need to work outdoors or use heavy machinery/vehicles, is that about 34 percent of jobs can be done from home. If you add the 12 percent of jobs that are part of the health care industry to that total (which is an overestimate, since at least some health care jobs can be done from home), you get 46 percent.

That makes 54 percent of all jobs not performable from home, or not part of the health care sector and thus more resistant to layoffs due to massive demand. This is higher, Dingel and Neiman are quick to point out, than other estimates of work from home. Princeton’s Alexandre Mas and Harvard’s Amanda Pallais, for instance, reported in 2019 that only 26 percent of Americans regularly worked from home; most of them were not in formal work-from-home arrangements, and very few were working exclusively from home.

54 percent unemployment is likely an extreme overestimate. Not every person who can’t work from home will be laid off. Some employers will keep them on payroll, perhaps using forgivable loans authorized as part of the congressional stimulus package. There are essential jobs other than health care that will keep people employed and not working from home during the pandemic, especially in grocery stores and takeout restaurants.

But 54 percent is nonetheless an upper bound. This shocks a lot of people I know, many of whom have jobs they can do from home. As a journalist I fall in that boat; I actually worked from home two to three days a week before the pandemic hit. My life hasn’t changed that much. But I have a very, very unusual job. Most work in the US cannot be performed from home, and it is reasonable to be worried that the vast majority of employers in such cases will not keep people on their payrolls.

There are, of course, other factors that could make unemployment in the 30 to 50 percent range less likely. The first and most obvious is the availability of government stimulus measures. Here, $1,200 checks are likely to be less important than the business loan provisions of the stimulus package, which enable businesses to take out large loans to cover their payroll on the understanding that the government will forgive the vast majority of these loans when the crisis is over.

Another factor, which Miguel Faria-e-Castro of the St. Louis Fed notes, is that the size of the labor force is not constant. During the last recession many people stopped looking for work and were not counted as unemployed for the purpose of the unemployment numbers put out by the Bureau of Labor Statistics. We should expect some of that to happen again this time.

Ultimately we just won’t have much clarity on the unemployment rate until we see numbers for April. The unemployment rate for March will include data both from early in the month, before mass layoffs began, and later in the month. It’s not going to be a useful number. April, however, will be the cruelest month, capturing the bulk of the layoffs and furloughs undertaken due to coronavirus. The April numbers will not be available until the first week of May, and even those numbers will likely be significantly revised in subsequent months.

But you should not be shocked if the April number is in the double digits, at the very least. This is not inevitable, but it is quite plausible. These are truly unprecedented times. Expect unprecedented numbers.

One Good Thing: Spiritfarer is an adorable video game about life and death