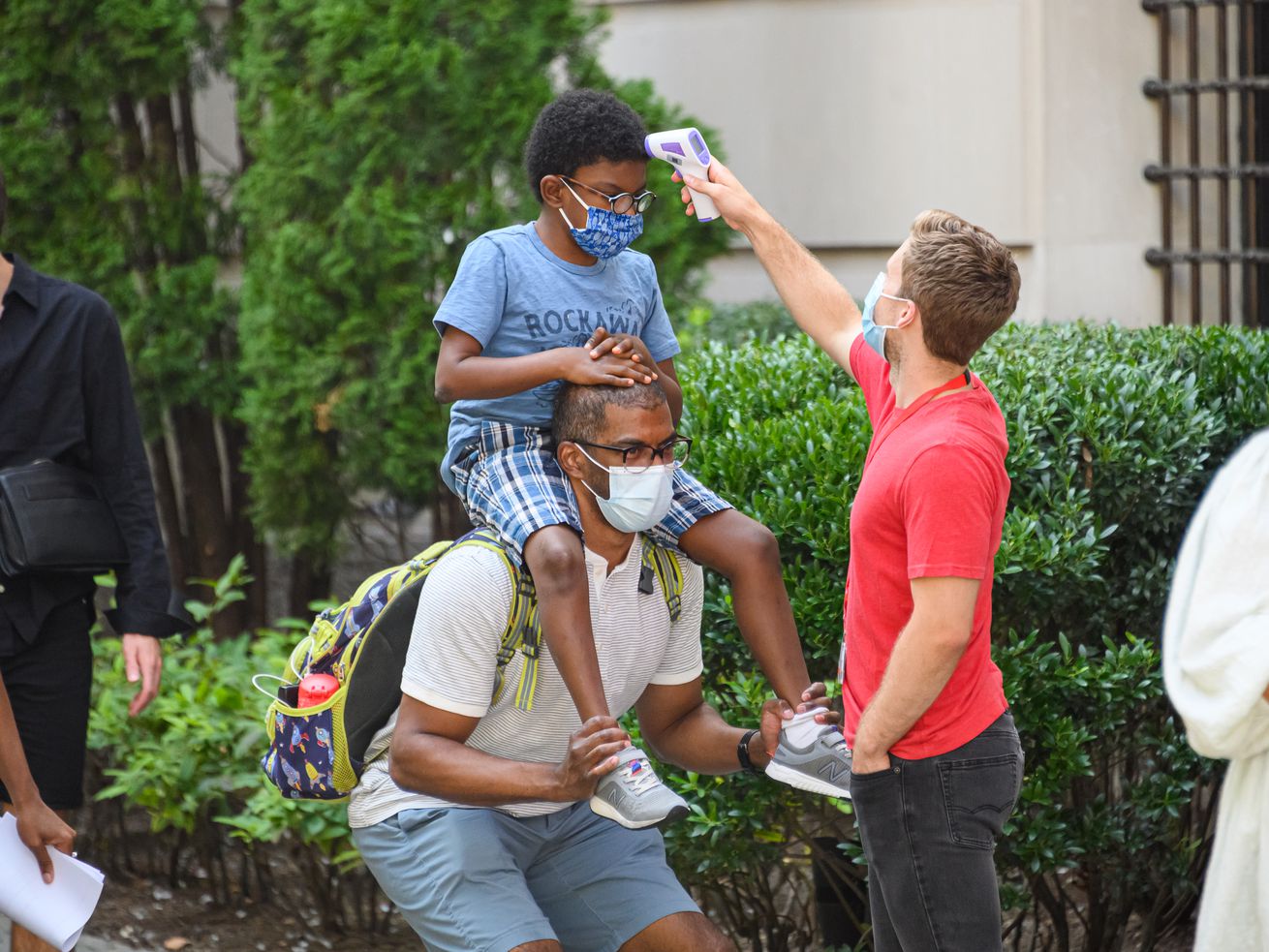 The pandemic — and people’s risk from Covid — has changed in this latest wave of cases.

Even as the current surge of Covid-19 in the United States surpasses those in the spring and summer of 2020, trailing only the devastating winter wave, it is being driven by a different mix of cases than the prior waves.

Back then, the coronavirus was still new and most people had no immunity to it. The vaccines were still months away. When cases started to rise, experts issued dire warnings that deaths would soon rise in accordance. They were right.

But this wave comes as the US is hitting a milestone: 70 percent of the over-18 population has received at least one dose of a Covid vaccine. There are still large pockets of the country without robust protection, with vaccination rates lagging in the 40s. Those places are driving the current surge. Still, immunity is much more widespread now, and medical care for Covid is much improved. As a result, deaths are (so far) not rising at nearly the same rate as cases.

That would be the hope in a more vaccinated world: Even if some people still get infected, the virus is more likely to be a temporary annoyance than a life-threatening event. The vaccinated can expect that protection, even as the delta variant takes hold, but the unvaccinated are facing a more dangerous virus on their own.

What distinguishes this wave from those that preceded is the different types of Covid cases we’re seeing now, compared to a year ago.

They are by far the largest share of new cases, according to public health experts and the available data. As Vox’s German Lopez reported, unvaccinated people make up 90 percent of confirmed new cases — or more — in every state with case data that denotes vaccination status.

Those people are facing a virus that has mutated to become more dangerous. Some unvaccinated people will feel mild or even no symptoms. That’s been true from the start of the pandemic. But data out of the United Kingdom indicates that the now-dominant delta variant is leading to more hospitalizations — and all the available data shows that it’s much more transmissible than previous variants.

With different states and regions seeing strikingly different vaccination rates, some places are more at risk than others of rapid spread. That is playing out in the case data. The South, which has some of the lowest vaccination rates in the country, is seeing twice as many new cases per capita as the West, the second hardest-hit region right now, according to the New York Times’s tracker.

At the municipal level, the rise in cases is also being driven by unvaccinated people. One example, from San Diego:

All Delta here in July.
The 8:1 odds are pretty good. pic.twitter.com/XU0T7hUXB2

Unvaccinated people with natural immunity due to previous infection probably aren’t showing up much in the case numbers right now because they do have immunity, and it appears fairly robust to date. The CDC does still recommend those people get vaccinated, though, because it is not known how long natural immunity will last.

Kids are the outlier group among the unvaccinated; children under 12 still aren’t eligible to receive a shot. The FDA hopes to approve the vaccine for those younger cohorts by winter. We have known for a while, however, that children appear less at risk of serious illness from Covid-19 than adults, especially older adults.

These so-called “breakthrough” infections are making up a small but notable share of new cases. According to the available state-level data, vaccinated people account for less than 5 percent of confirmed cases in most places currently.

There are a few subgroups here. There are people with just one dose who have less protection than people with two and are therefore more likely to get infected and show symptoms.

Immunocompromised people are their own group. Vaccines appear less effective for them. For people in this group to be truly protected, the virus would need to be suppressed through widespread vaccination — herd immunity, in other words.

“For them, vaccines are literally life-saving, but only via the decisions of others,” Kumi Smith, a University of Minnesota epidemiologist, told me.

Otherwise, a small number of vaccinated people will experience a breakthrough infection and feel sick. The data has been clear on that. With the delta variant, it looks like that number is going to be bigger than it was with prior variants. Vaccinated people with Covid can also infect other people, as the recent CDC study on the Provincetown, Massachusetts, outbreak indicates.

Different people will feel different symptoms, and some cases may feel more serious than others. We know some groups (older people, those with certain preexisting conditions, etc.) are at higher risk of serious symptoms. Fortunately, vaccination rates are highest among the over-65 population.

Very few vaccinated people have ended up in the hospital. If they are unlucky enough to have that happen, they are still more likely to survive than earlier in the pandemic.

Lopez offered the example of the Provincetown outbreak, which occurred largely among people who were vaccinated. As he reported, before vaccinations were widespread, we would have expected 90 people in that cluster to end up in the hospital and nine of them to die. Instead, just seven people have been hospitalized and no one died.

That’s partly thanks to the vaccine and partly because health care providers know a lot more now about how best to treat severe Covid cases. For both those reasons, deaths have not risen nearly as quickly as cases in the current wave.

There is a data lag to consider; deaths show up later than cases. But new cases have been rising for a month since July 4, and daily case numbers are now seven times what they were then. There has not been a comparable increase in new deaths. While they are up, they have not even doubled over the same period.

One open question is how much vaccinated people need to worry about long Covid after their infection clears. Though the data is currently limited, it seems to suggest vaccines help relieve long Covid symptoms.

This is probably the smallest share of cases. We are surely missing some of them, too. America’s high positive test rate (over 10 percent now) would suggest there are quite a few cases being missed. Experts have said a positivity rate closer to 5 percent (or lower) means that testing levels are adequate; anything above that indicates not enough tests are being performed relative to the amount of virus spreading in the community.

Either way, infected people who don’t have any symptoms are a testament to the vaccines working.

Some of these asymptomatic cases are being detected by routinized testing. The cluster among New York Yankees players and coaches in May is one example of how these cases pop up. A handful of people on the team felt symptoms, but most reported none despite positive tests. If they hadn’t been tested via MLB’s rules, they may never have even known they were infected.

The risk of asymptomatic vaccinated people transmitting the virus is currently one of the big open questions, several experts told me. There is good reason to think, though, that asymptomatic people are less likely to spread Covid than people who do feel sick.

“We see that pattern with unvaccinated individuals,” Tara Smith, an epidemiologist at Kent State University, said in an email. “People who are completely asymptomatic are less likely to spread than those who eventually go on to develop symptoms.”

We have entered a new phase of the pandemic, with a more complicated mix of cases than we’ve seen before. But what hasn’t changed is that vaccines still provide the best protection against the virus.

What election deniers want to do when they’re running elections