Dahlia Lithwick has been covering the Supreme Court for 20 years. She recommends one book about voter suppression. 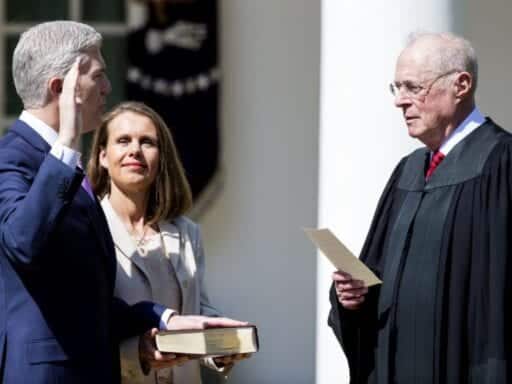 On this week’s episode of the Ezra Klein Show, the Slate reporter tracks the Court’s role in politics and vice versa.

Dahlia Lithwick, Slate’s legal correspondent, has been tirelessly covering the dramatic resignation of Justice Anthony Kennedy from the Supreme Court on television appearances, Slate, and on her own podcast, Amicus. Vox’s Ezra Klein called her “one of the smartest and most humane legal analysts we have” when they sat down to talk to about what Justice Kennedy’s retirement means for American democracy.

In this conversation on The Ezra Klein Show, Lithwick makes a compelling case that Americans have had a sort of magical thinking about the justice system. That “the courts fly in on silver unicorns and promote justice and democracy.” She mentions Ian Millhiser’s book, Injustices, as a good reminder that “the Court has always been a small-c conservative institution.”

She also discusses her changing views on lifetime appointments, the role of religion in the justice system, and legal reporters’ “Patty Hearst syndrome” toward the Supreme Court.

When asked about book recommendations for somebody who wants to understand the Supreme Court better, Lithwick only offers one suggestion: One Person, No Vote by Carol Anderson (who appeared on the podcast a few months ago). It’s a book that on its face doesn’t relate to the Court but, according to Lithwick, is crucial to understanding how it became less of a small-d democratic institution.

She believes “we need to reclaim very, very strongly the idea that there have been all kinds of assaults on voting. We need to understand what they are and how they’re happening and work really, really meticulously to reverse engineer that.”

You can listen to the full conversation with Dahlia Lithwick on The Ezra Klein Show by subscribing on Apple Podcasts or wherever you get your podcasts, or by streaming the episode here: