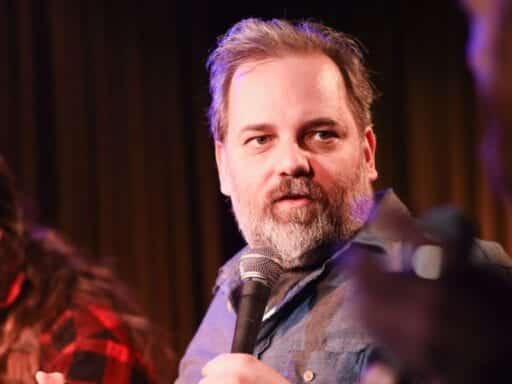 The creator of Community and Rick and Morty has apologized and exited Twitter over an offensive 2009 comedy short.

Dan Harmon is the creator of cult shows, like Community and Rick and Morty, that inspire intense adoration on the internet. But now he’s come under fire from a different corner of the internet that’s been busy in recent days, culminating in Harmon deleting his Twitter account over manufactured backlash to a distasteful video from 2009.

An online brigade, spearheaded by prominent alt-right figure Mike Cernovich and his supporters, has spent the past week unearthing out-of-context tweets and other damning pieces of digital detritus in order to stage performative outrage over the idea that the authors of the content are pedophiles. They aren’t; the alt-right’s true purpose appears to be attacking public figures, mostly men, who have outspoken leftist viewpoints. They’ve had so much success in making this outrage appear real that they managed to get Disney to fire Guardians of the Galaxy director James Gunn, after they unearthed a litany of old tweets in which Gunn had made jokes about child abuse.

This victory appears to have emboldened them to turn their attention to Harmon. In recent days, a comedy sketch Harmon made in 2009, a tasteless parody of Dexter that he deleted shortly after posting it, resurfaced on 4chan and spread rapidly through online alt-right communities.

The video, which aired as part of the longstanding comedy festival Channel 101, showed Harmon breaking into a house and abusing a baby doll. The original intent was to mock Dexter’s approach to murder — the main character hunts and kills other serial killers — by attempting to swap the concept of murder for rape. As a joke, it failed, and in a statement released Monday night, Harmon succinctly apologized for it:

In 2009, I made a ‘pilot’ which strove to parody the series Dexter and only succeeded in offending. I quickly realized the content was way too distasteful and took the video down immediately. Nobody should ever have to see what you saw and for that, I sincerely apologize.

Unlike Disney and Gunn, Adult Swim, which airs Rick and Morty, is standing by Harmon. The network released a statement strongly condemning Harmon’s 2009 joke but reminding everyone that “Dan recognized his mistake at the time and has apologized.”

The reactions from the men who’ve come under attack from Cernovich and his followers over the past week have varied. Gunn apologized for the jokes in his tweets, which were made between 2008 and 2012. Comedian and author Michael Ian Black, who was also targeted for similar long-ago jokes, responded in a lengthy Twitter thread in which he called out the moral hypocrisy of the campaigners — specifically Cernovich, who was charged with rape in 2003 and supported the campaign of Roy Moore, who was accused of sexually abusing underage girls.

Wow. This is quite a comedown from James Gunn. Mike, we’ve had this conversation before. There’s a qualitative difference between a comedian making jokes – even offensive jokes (me)- and somebody being charged with rape in 2003 (you). https://t.co/b5U7ITKkU7

Harmon, however, took a much more direct approach: He apologized and then completely deleted his Twitter account, leaving the frequently contentious Rick and Morty fandom (lately of Szechuan sauce riot fame) to hash out the whole mess.

As always when dealing with the onslaught of trolling deployed by the alt-right, it’s helpful to remember that all of this stems from performative outrage rather than sincere horror — especially considering that in this case, one of the first people to recognize that his video was offensive, and do something about it, was Harmon himself.

So it’s refreshing that Adult Swim seems to be willing to deal with manufactured outrage as it should be dealt with — by letting it die and paying heed to the age-old rule of the internet: Don’t feed the trolls.

Greta Thunberg is traveling from Canada to Chile without leaving the ground
The bare minimum America could do to expand health coverage
The third Democratic presidential debate, explained in under 30 minutes
The TikTok-Microsoft-Trump drama, explained
Kirsten Gillibrand gave her opponents a history lesson on abortion politics at the debate
Watch: Biggest moments from Bill Barr’s confirmation hearing