Dani Rodrik recommends 3 books on the problems of globalism 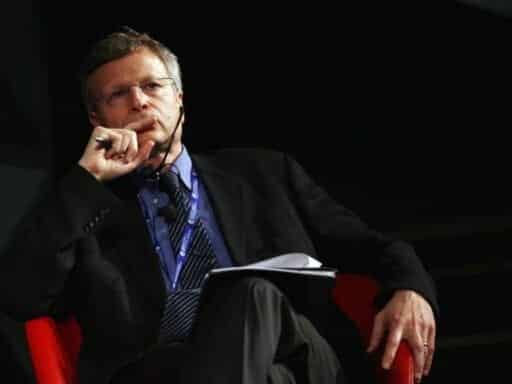 The economist appeared on the Ezra Klein Show to discuss Trump’s trade war.

Economist Dani Rodrik, a professor of international political economy at the Kennedy School of Government at Harvard, has made critiques of financial globalism for years. He warned in his 1997 book Has Globalization Gone Too Far? that tensions around global trade would lead to greater divisions between the “winners” and “losers,” ideologies that have crystallized in Brexit and the election of Donald Trump.

Rodrik appears on a bonus episode of the Ezra Klein Show this week to discuss his recent article on how to avoid Trump’s trade war, the importance of borders, and why there’s little incentive to compensate the “losers” of trade agreements.

Rodrik’s latest book, Straight Talk on Trade: Ideas for a Sane World Economy, highlights what the proponents of globalization got wrong and how to move forward. His picks for book recommendations (plus one article) put his critiques in a historical context.

1) Economism: Bad Economics and the Rise of Inequality by James Kwak

James Kwak, a University of Connecticut School of Law professor, wrote Economism as a deconstruction of the “imaginary assumptions and misleading half-truths” taught in Economics 101. He tracks how this mode of thinking, what he calls economism, was packaged and sold in the United States to influence tax, labor and trade policy.

2) Power and Plenty: Trade, War, and the World Economy in the Second Millennium by Ronald Findlay and Kevin O’Rourke

The authors of Power and Plenty went back a full millennium to trace the development of the global economy over the past thousand years. They found that trade and geopolitics have always been inextricably linked. According to Rodrik, it is “a fantastic history that allows the reader to put our current troubles in a long historical context.”

John Gerard Ruggie tracks the way that global economies have evolved since World War II in this “classic piece on embedded liberalism in the post-war economic order.” Rodrik says, “in many ways we need to go back to some of the same principles if not the same practices” that Ruggie highlights in the article.

You can listen to the full conversation with Dani Rodrik on the Ezra Klein Show by subscribing on Apple Podcasts or wherever you get your podcasts, or by streaming the episode here:

Every New York state primary race you need to know about, briefly explained
Nevada highlighted Pete Buttigieg and Amy Klobuchar’s weakness with African American voters
Wildfires have ignited inside the Arctic Circle
Cohen signals openness to cooperating with federal investigators
Isabel Wilkerson wants to change how we understand race in America
Vox Sentences: A NAFTA by any other name