“David Koch walked the walk”: a libertarian on the Koch brother’s legacy 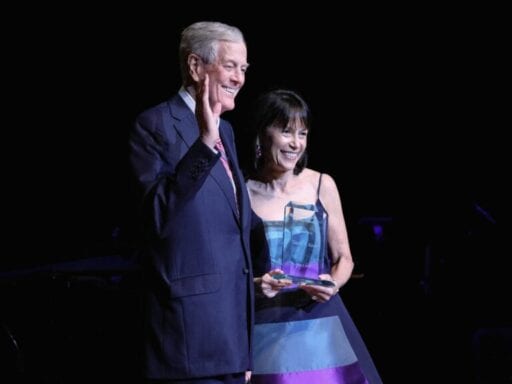 The editor at large of Reason Magazine remembers David Koch, who died Friday at the age of 79.

David Koch, the billionaire industrialist who, together with his brother Charles, ran one of the most influential (and controversial) political giving operations, died Friday at the age of 79.

A libertarian, Koch was nevertheless one of the most powerful forces in conservative politics, spending hundreds of millions of dollars to back conservative candidates in elections on every level and pouring millions more into think tanks and efforts to stop political projects he viewed as examples of government expansion run amok, like mass transit.

Environmental and business regulations were another of the brothers’ main targets. As my colleague Andrew Prokop noted, their underlying ethos was about promoting “liberty” and “economic freedom” — both of which served their bottom line:

But these aims often coincided with their business and financial interests, since Koch Industries is a major oil refining and chemical conglomerate. Policies aimed at reining in carbon emissions and combating climate change would generally be bad for the Kochs, so they fought any such proposal tooth and nail.

But the Kochs also put millions into criminal justice reform, a cause that brought the brothers and their network together with former adversaries.

At their core, the Koch brothers were “fundamentally, philosophically libertarian,” says Nick Gillespie, editor at large of Reason Magazine, a monthly libertarian publication. (Reason is published by the Reason Foundation, which is among the many beneficiaries of David Koch. Koch served as a trustee of the foundation for 36 years and was a major donor as well.)

I spoke with Gillespie, who was also formerly Reason’s editor-in-chief, about David Koch’s impact on libertarian politics and politics at large, and what both liberals and conservatives have gotten wrong about the billionaire donor. A transcript of our conversation, lightly edited for clarity and length, is below:

What were your impressions of David Koch and his work?

Reason [Magazine] is published by a nonprofit called the Reason Foundation, and he was on the board of trustees from sometime in the early ’90s, before I was there, but I met him probably half a dozen or so times over the past 25 years. One thing that is striking about him was his seriousness of purpose, I would say. In every situation that I saw him, he was really dialed into what was going on and what the details were, as well as the kind of larger vision of whatever was being discussed.

What they got right is an interesting question, and I’ll take what they got wrong first. And I think what both the right and the left fundamentally got wrong is that they thought that the Koch brothers [were] this kind of apparition that you summon, like Voldemort or something like that. But that’s predicated upon an idea that they are Christian social conservatives who are ultimately self-interested, only [interested] in creating a world where their business or their businesses can flourish. And I think that’s so fundamentally wrong, and it led to a lot of oddness in the discourse around David and Charles Koch, who, more than any two people, are responsible for the postwar, post-’60s libertarian movement.

They’re fundamentally, philosophically libertarian — they believe that individuals should be given as much freedom to innovate and to create the wealth that they want to, based on mutual respect for people’s rights and things like that. If you look back toward the end of the ’80s, in an MIT alumni survey, they asked, “Graduates, what are you most proud of?” And Koch said he was most proud of running for vice president on the Libertarian Party ticket in 1980. If you look at the platform he was part of, it was all about stuff like getting rid of [penalties for] victimless crimes, ending the drug war, actually speaking out in favor of equal rights for gays and lesbians at a time when no Republican and no Democrat, no major mainstream party person, was really pushing that on a national level.

They’re fundamentally libertarian. They think that individuals have rights that should be respected always and everywhere. And that also meant that they’re not religious, they’re not pushing a narrow morality. They were anti-intervention, [and] David Koch was critical of the Iraq War and Bush’s foreign policy.

So I think the main thing people got wrong was thinking that they were social conservatives, probably of the Christian variety, whereas in fact, they were hardcore principled libertarians, which meant that they were against corporate welfare, they were against special rules for connected people. David Koch walked the walk. He believed in free minds and free markets, and believed in making the world better through good business practice and good philanthropic practice.

And then I guess the question is, what did they get right? I think on a certain level, the right and the left, while they got the large story wrong about the Kochs, on another level they’re right to say that these guys are the inheritors of a kind of 19th-century cosmopolitanism that believes in local governance and living in particular places, but are also very interested in kind of a cosmopolitan worldview that goes beyond Wichita, that goes beyond America, and embraces all aspects of the world. That’s frightening now to a lot of people.

Do you think that David Koch and the Koch brothers contributed to a concept that you see both from the Tucker Carlson right and from the left, that it’s these “big money oligarchs” who are secretly in charge of our politics?

I think they would tell you [that] they’re not in charge of our politics, because both had retreated somewhat from politics in terms of trying to sway elections over the past several election cycles, because I think they realized that they were not having the intended outcomes and results.

The Koch brothers informed a series of ideas that are powerful, and are meaningful, and will change politics, and are changing politics. [But] they did not have a great amount of success with, like, electing Mitt Romney rather than Barack Obama in 2012. I don’t think either of them was particularly thrilled by Donald Trump, etc. But I think the right and left are right to recognize that the Koch brothers represent an alternative vision of what politics and culture should be like. So in that sense, I think that’s true.

What do you think that David Koch’s ultimate legacy will be, not just in wider politics but for libertarians and in libertarian circles?

It’s impossible to underestimate or to understate the impact that he had in growing a variety of institutions that created an intellectual architecture of framework for libertarian ideas. So whether it’s through his board membership and contributions to Reason or to other groups, including philanthropic groups, he helped fund a ton of people who learned how to think about ideas in a pre-political way.

And I think this is part of what neither the right or the left nor journalists get about the Kochs, the Koch brothers: that ultimately they’re more interested in what happens before politics.

It’s about a worldview, and it’s a worldview that, again, is classically liberal in that it celebrates local cultures and local traditions, but then it also blends that with the kind of cosmopolitanism that comes out of a kind of appreciation for universal human rights and the idea that we’re all equal and we should try and discover how best to live our lives. And I think that’s his main legacy to the libertarian movement: helping to bolster and create and fund the institutions that allow libertarian ideas and thought to flourish.

A new era of celebrity tabloids, minus the snark
Trump’s Twitter tantrum is a distraction for everyone — but also for himself
Mali’s president was elected after a coup. Another coup just removed him from power.
National Guard troops are deploying to help with coronavirus. Here’s what they’re doing.
America’s first generic abortion pill, explained
How The Good Place taught moral philosophy to its characters — and its creators