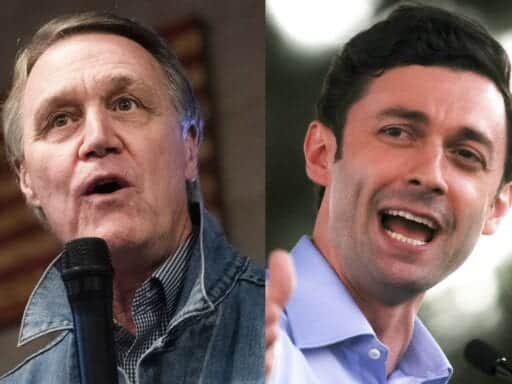 Georgia now has two Senate runoffs that will be decided in January.

Republican Sen. David Perdue and Democrat Jon Ossoff are headed to a Georgia Senate race runoff after both candidates failed to clear the state’s 50 percent vote threshold to win outright.

These runoffs underscore just how competitive the traditionally Republican state of Georgia has become for both parties.

The races also represent one of Senate Democrats’ last remaining paths to securing a Senate majority. Democrats had a disappointing result for congressional races during the general election, losing some seats in the House, as well as key Senate races including Maine. The result in the North Carolina Senate race has not yet been called, as election officials there are counting ballots, potentially into next week.

The runoff could become difficult for Democrats; the party’s strategy involved harnessing the large voter turnout that typically accompanies presidential elections. It could be hard for the candidates to muster the same level of enthusiasm for these runoff elections — which has often given Republicans the edge in past years.

Perdue, the millionaire former CEO of Reebok and Dollar General, entered the cycle viewed as one of the safer GOP senators up for reelection. The race tightened in large part due to President Donald Trump’s lagging poll numbers and Georgia’s diversifying electorate. Georgia’s Black vote was higher than in 2016, and Democratic strength came from the booming Atlanta suburbs.

Democrats primarily tried to cast Perdue as an out-of-touch elitist who had failed over his term to stay connected to regular voters. The Ossoff campaign centered anti-corruption reforms — including a ban on stock trading by lobbyists — as the candidate’s top priority.

Both Perdue and Loeffler have taken heat for stock trades made after they received classified briefings on the Covid-19 pandemic while they were in office. Both have denied the allegations of wrongdoing, and say that the trades were made by outside advisers, without their knowledge.

Democrats had good reason to invest in Georgia. Perdue broadcast his concerns about his race on an off-the-record April call obtained by CNN. On it, the senator issued a warning to Republican activists: “Here’s the reality: The state of Georgia is in play. The Democrats have made it that way.” The senator also highlighted the demographic trends that made the political environment friendlier to Democrats.

As the New York Times reported, “white residents now make up fewer than three in five voters in Georgia, and a wave of migration to the Atlanta area over the past decade has added roughly three quarters of a million people to the state’s major Democratic stronghold.”

Voter enthusiasm in Georgia was high this year. Long lines reported during the early voting period were both a sign of voter excitement and longstanding disinvestment in election infrastructure, particularly in predominantly Black neighborhoods. As of October, the state hit record registration levels, with about 7.6 million registered voters. At least 1 million Black voters cast ballots in 2020, an increase from 712,000 in 2016.

“Georgia has by far the largest percentage of Black voters of any battleground state,” said 2018 gubernatorial candidate Stacey Abrams, also the founder of voting rights group Fair Fight in an email the week before the election. “We’ve already had half a million more Georgians cast their ballots than did for the entire early voting period of 2016.”

Trump’s lagging statewide poll numbers did not help Perdue. In 2016, Trump won Georgia by 5 points. That lead evaporated in the run-up to the 2020 election. Early polls this year showed Trump leading former Vice President Joe Biden by nearly 4 points in Georgia. In the final week before Election Day, the two men were in a statistical tie. And as final ballots were counted, it appeared the winner’s margin of victory could be as small as a few thousand votes.

As the battle for two Georgia Senate seats continues, Democrats and Republicans alike are likely to pour heavy resources into these races — two that could make or break a Senate majority. But both parties will have to wait a little longer to know the final outcomes.