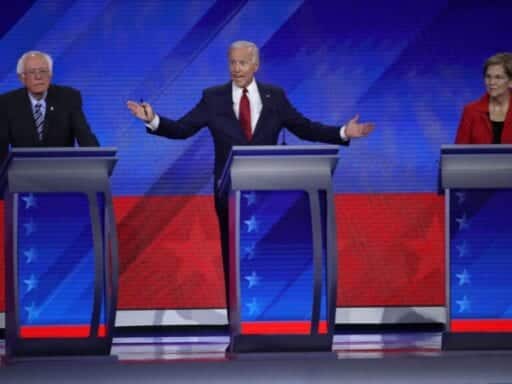 Seven candidates have qualified to take the stage in Los Angeles.

The sixth Democratic debate of the 2020 presidential election is scheduled to take place this Thursday, December 19, at Loyola Marymount University in Los Angeles. The seven qualified Democratic candidates had threatened to skip the debate in solidarity with LMU campus workers in a labor dispute, but LMU staff has since secured a tentative contract agreement with the school’s food service provider, and the debate is officially on. The debate will stream live on the websites of PBS and Politico.

To qualify for this debate, the Democratic National Committee requires that candidates receive at least 4 percent in four DNC-approved polls, and have at least 200,000 individual campaign donors. But this past weekend, nine Democratic presidential candidates — including the seven qualifying ones — sent a letter to the DNC urging the party to relax these requirements, in order to foster greater diversity on the debate stage. (Of the seven qualified candidates, Andrew Yang is the only person of color.)

Follow below for Vox’s full coverage of the debate, including how to watch, breaking news updates, analysis, and more.