Deepfakes are a real political threat. For now, though, they’re mainly used to degrade women. 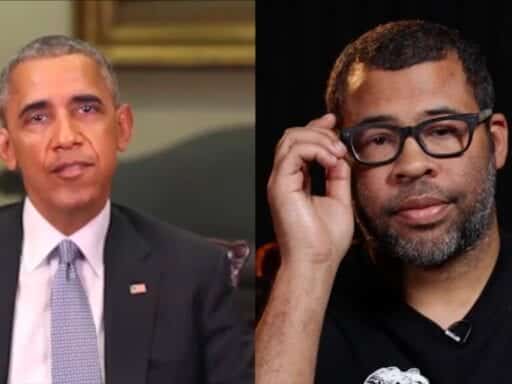 Share
Loading...
Jordan Peele uses deepfake technology to simulate a speech by Barack Obama as an ironic warning against the rise of deepfakes. | BuzzFeed

The concept of “deepfakes,” those strange, AI-created videos made to simulate real people or even people who don’t exist in frequently unrealistic or pornographic situations, is alarming enough. Now Deeptrace Labs, creator of a service designed to identify deepfakes in the wild, has found that the number of these fake videos is proliferating at an alarming rate.

The study also found that the vast majority of the subjects of these fake videos across the internet — a full 96 percent — are of women, mostly celebrities, whose images are being turned into sexual fantasies without their consent.

“Subjects featuring in YouTube deepfake videos,” the study notes, “came from a more diverse range of professions, notably including politicians and corporate figures.” That suggests that the videos might also be used to play a role in YouTube’s ever-more reactionary political environment — though thankfully not at a chaos-inducing rate. Yet.

The study does note, however, that outside of politics, deepfakes seemed to be used to undermine cybersecurity concerns, enhance fake digital identities, and target businesses and other organizations, specifically to “enhance social engineering against businesses and governments.”

The study also found a number of other interesting anomalies related to the use of deepfakes around the world. For example, researchers found that non-Western subjects featured in almost a third of videos on deepfake pornography websites, with female K-pop singers making up a quarter of the subjects targeted worldwide.

The new report acknowledges that we’re increasingly living in an age when deepfakes can seriously disrupt the political landscape. In addition to the deepfake, the report notes the rise of what it calls the “shallowfake”: strategically edited and altered videos such as a fake video of Nancy Pelosi that went viral earlier this year. Efforts to remove these and other deepfakes from the internet have been lackluster at best; in fact, the typical response has been to use deepfake technology to warn against deepfake technology.

The rise of this dangerously deceptive genre of technology, the report concludes, should necessitate strategic and immediate action, though it stops short of recommending what that action should be. Instead, it emphasizes that many of the threats deepfakes pose to public and private security “are no longer theoretical.”

You can read the full report at the Deeptrace website.

Trump is holding a rally in one of the country’s worst Covid-19 hot spots
What Donald Trump and Jim Jordan really mean when they say “locker room talk”
Nearly a fifth of US emissions come from public lands. A new House bill aims to cut them to zero by ...
Michael Atkinson becomes latest Trump-appointed official to be targeted by one of his tweets
Amy Klobuchar’s 2020 presidential campaign
A millennial moved back in with her parents. Her mom maybe wants her to stay forever.