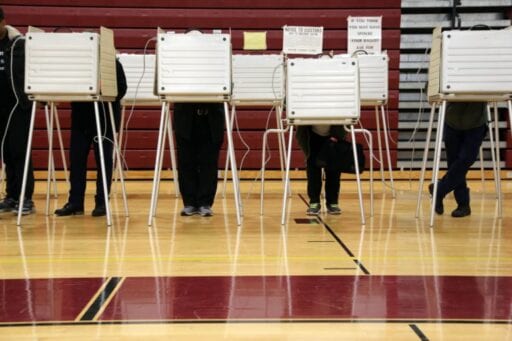 Republicans say it is the first time in the state’s history that Democratic voter registration has dropped below 50 percent. Is it?

Recording the Company cast album was infamously hellish. This cult favorite doc captured it all.
Trump reportedly plans to strip more security clearances to distract from the news cycle
The GOP tax cuts aren’t popular, so Republicans want to do more of them
Watch: Ayanna Pressley learns she won her Massachusetts primary for Congress
Mike Pompeo called US-North Korea talks “productive.” Hours later, North Korea says they were “regre...
What would Trump actually want to do on health care in a second term?