Democrats’ increasingly narrow path for winning back the Senate, explained 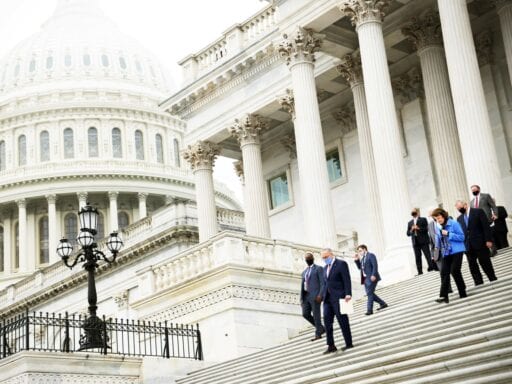 Democrats came into the 2020 Senate elections as slight favorites. But Republicans have had a strong showing.

Democrats entered Election Day with high hopes of retaking the Senate and winning full control of Washington if former Vice President Joe Biden beats President Donald Trump in the race for the presidency.

But by Wednesday, the election results made clear those hopes were dimming. Even if Biden prevails, it is looking likely that he will have to deal with a Republican Senate. That said, nothing is sure until the final votes are counted — which will take some more time. (Even then, Georgia runoff elections could add a small level of uncertainty.)

As of right now, Republicans have the advantage. Here’s what happened.

One reason Democratic odds of winning the Senate were so high — about 3 in 4, according to the final FiveThirtyEight forecast — was they seemed to have opportunities to flip seats in Trump states. South Carolina and Montana were rated toss-ups, and Texas was only Lean Republican.

If Democrats broke through in one or more of those races, it would have likely portended a good night for them. Instead, Republicans appear to have won all of them handily:

It’s also worth noting that while Senate Majority Leader Mitch McConnell was never considered to be vulnerable to Democratic challenger Amy McGrath, McGrath did raise a lot of money — only to lose to McConnell by more than 20 points. Republicans also held on in Kansas and they lead in Alaska — two other states where Democrats were thought to have an outside shot before the votes were counted.

Democrats are also struggling in the swing states

A win in South Carolina or Texas would have been a bonus for Democrats. Their clearest path to a majority was winning most (or all) of Arizona, Colorado, Georgia, Iowa, Maine, and North Carolina.

Former Gov. John Hickenlooper did beat Republican incumbent Cory Gardner in Colorado, and Democrat Mark Kelly is leading Sen. Martha McSally in Arizona. Those are solid pickups for Democrats but, with Alabama lost, they need more and — at least at the moment — they don’t appear to be getting them.

Sen. Joni Ernst has defeated Democrat Theresa Greenfield in Iowa, with a comfortable 6 percentage point margin after polling showed the race effectively tied. Republicans are also leading in Maine (Sen. Susan Collins over Sara Gideon) and in North Carolina (Sen. Thom Tillis is ahead of Cal Cunningham), though there are more votes to be counted.

Ernst was buoyed by another strong Republican showing in her state. Collins is a well-known incumbent who recently voted against Supreme Court nominee Amy Coney Barrett to shore up her independent credentials. But if Democrats end up falling one seat short of a Senate majority, much of the blame is likely to be attributed to Cunningham, who enjoyed a solid lead in early polling before a sex scandal rocked his campaign, and saw Tillis close the gap in the final weeks.

In Michigan, Democratic Sen. Gary Peters is facing a strong challenge from Republican John James, and a loss would effectively end his party’s hopes of winning the Senate. But if Peters pulls out a win (and he may, given Biden’s narrow lead in the state), and if Republicans win the states where they lead but the race has not been called, it’s a 50-48 GOP Senate, with two outstanding races in Georgia that could be heading for a runoff.

Control of the Senate could come down to Georgia

Georgia had two Senate seats up for grabs in 2020: Republican Sen. David Perdue was up for reelection, and there was a special election for the seat vacated by retired Sen. Johnny Isakson and filled by appointment by Sen. Kelly Loeffler.

The state has an unusual “jungle primary” system, which could mean one or both of those races will go to a runoff election this January. In brief, with the jungle primary, every candidate — regardless of party affiliation — was on the same ballot for the November general election. If one candidate gets 50 percent of the vote, they win. But if no candidate clears that threshold, then the top two vote-getters face off one-on-one in the runoff.

Loeffler is headed to a runoff against Democratic candidate Raphael Warnock. Another prominent Republican, Rep. Doug Collins, was in the race, likely splitting the GOP vote, keeping all candidates well below 50 percent. It will be Warnock vs. Loeffler on January 5, with Republican voters expected to unify behind Loeffler.

The question is whether Perdue also ends up in his own runoff, which would assuredly be against Democrat Jon Ossoff. As of 11 am ET on Wednesday, Perdue was slightly above the 50-percent threshold with most of the votes counted, and Ossoff behind at 47 percent. But election experts believe most of the votes left to be counted tilt toward the Democrat.

Barring a surprise in one of the other states, Democrats would have a chance for Senate control if they win two Georgia Senate seats in runoffs and Biden wins the White House. In that case, a Vice President Kamala Harris would break the 50-50 tie.

It’s a very narrow path for the minority, but it’s the only one left.