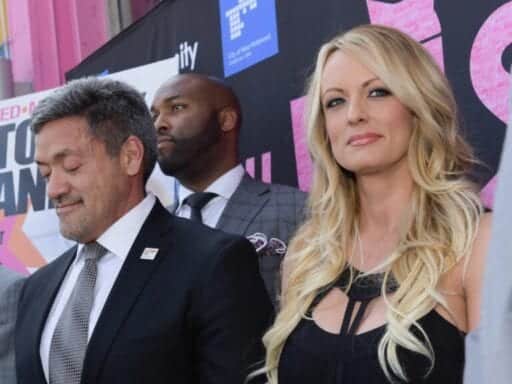 House Democrats are reportedly planning hearings on the president’s hush money payments to women he had alleged affairs with.

Stormy Daniels and Karen McDougal could soon be headed to Capitol Hill — and the subject of hush money payments to them to keep them from speaking out about their alleged affairs with President Donald Trump made the subject of some hearings before Congress.

The House Judiciary Committee is planning on holding hearings on hush money payments made to the two women ahead of the 2016 election, according to a report from the Washington Post’s Rachel Bade and Tom Hamburger. It would be the latest in a series of investigations Democrats have launched into the president since retaking the House in the 2018 midterm elections. Though they’ve stopped short of impeachment, committee leadership says the litany of inquiries are part of a long-term effort to highlight the president’s misdeeds and uncover information about him and his associates — though it’s not really clear what new information hearings about the hush payments would reveal.

As a reminder, both Daniels and McDougal are key figures in the campaign finance woes of President Trump and his former personal lawyer, Michael Cohen, who is currently serving a three-year prison sentence in New York. Daniels, a porn actress whose real name is Stephanie Clifford, alleges she had an affair with Trump in 2006, and Cohen paid her $130,000 to keep her from speaking about it publicly ahead of the 2016 election. McDougal, a former Playboy model who also says she had an affair with Trump, was paid $150,000 by National Enquirer parent company American Media Inc. as part of a “catch-and-kill” scheme in which the company paid for her story and then buried it.

Cohen in August of 2018 pleaded guilty to eight federal crimes, including campaign finance violations related to the hush payments. And he implicated the president in his crimes, saying that the payments were made at the direction of “Individual 1,” meaning Trump. He stated in court that the payouts were made “in coordination with and at the direction of a federal candidate for office” and “for the purpose of influencing” the 2016 presidential election.

Earlier this year, Cohen testified before Congress about his years of work with Trump and brought with him checks, some of which were signed by Trump and others in the Trump Organization, reimbursing him for the Daniels payout. And last year, CNN published a secretly recorded tape of a conversation between Trump and Cohen about orchestrating the deal with AMI and McDougal.

The president’s team initially said Trump didn’t know about the payments at all and has since offered various different explanations as to what happened. Trump insists that he committed no wrongdoing. The Post reports that congressional Democrats believe their inquiry will “reopen questions” about Trump’s involvement in the payouts, including whether he “would have been charged were it not for Justice Department opinions that a sitting president cannot be indicted.”

Jay Sekulow, the president’s personal attorney, told the publication that “no campaign violations were engaged in by the president.”

The White House did not return a request for comment.

According to the Post’s report, the Judiciary Committee believes there might be more information to be gleaned from AMI and David Pecker, its CEO. Last year, Pecker was granted immunity in the investigation into the hush money payments and subsequently admitted to them. Democrats also reportedly want to highlight how much Trump has changed his story on the payouts and look into why the federal investigation into them was ended.

The alleged Daniels and McDougal affairs and the subsequent hush money endeavors are certainly the juiciest elements of the overall storyline on the president’s alleged misdeeds and questionable conduct. But there is some debate over whether this is the best course of action for House Democrats. We already know a lot about the McDougal and Daniels schemes, and it’s not entirely clear what the end game is here.

Some progressives have complained that Democrats are spinning their wheels on various Trump investigations without producing anything of real significance. The battle for the president’s tax returns, for example, seems likely to last past the 2020 election. And while more than half of House Democrats now support opening an impeachment inquiry into the president, leadership is hesitant to move forward.

Whether an inquiry into the payout schemes will move the needle is unclear. But Daniels, at least, has signaled she’s ready to go. On Tuesday, she tweeted that she has “no fear of being under oath” should she be called to testify.

I have no fear of being under oath because I have have been and will be honest. Bring it! https://t.co/69EJyd9PUh

Trump lashes out at FBI Director Wray for telling the truth about the IG report
Brexit: The UK is finally leaving the European Union
“He will be missed dearly”: Joe Biden and Barack Obama release statements on John McCain’s death
What makes HBO’s Sharp Objects so good is hiding in plain sight
Morocco and Israel plan to normalize ties. Trump changed US policy to make it happen.
The New York Times staff revolt over Tom Cotton’s op-ed, explained