Denny’s is selling Beyond Burgers now 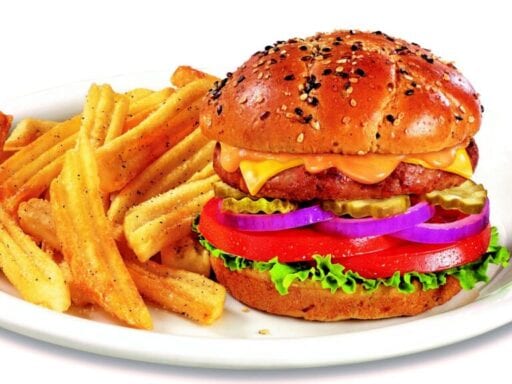 Denny’s is jumping on the plant-based meat bandwagon.

The restaurant chain has announced that it is launching the Denny’s Beyond Burger, starting in Los Angeles and expanding nationwide by 2020. (It’ll also be offering free-with-a-drink-purchase Beyond Burgers in Los Angeles on Halloween as part of a promotion for the new product.)

Plant-based meat alternatives are increasingly popular around the country, but their rise has been particularly quick in the world of fast food and casual dining. Restaurants like TGI Friday’s, Dunkin’, Carl’s Jr., KFC, and now McDonald’s have started to offer products from Beyond Meat, and competitor Impossible Foods offers its options at Burger King, Little Caesars, and Qdoba, among others.

The news was announced on the same day that Beyond Meat reported that the company had turned a profit for the first time in its third-quarter earnings report. When Beyond Meat had its IPO in May, the company was an interesting bet for investors: There were some signs that plant-based meat was taking off, but the company had never turned a profit and had not yet proven it could hold down deals with some of the biggest American fast-food franchises.

Since then, Beyond Meat has delivered. Consumer excitement about plant-based products has held up, and more restaurants and grocery stores have signed on to sell the products. The deal with Denny’s is the latest sign that new companies are still eager to sign on with plant-based meat.

Plant-based meat is a big deal

Plant-based meat products aren’t just another tasty menu item. Proponents argue that they’re part of the solution to a major societal problem. All around the world, many people like the taste of meat — and demand for meat products is growing. But conventional meat production can involve severe animal cruelty, promote antibiotic resistance and public health problems, and produce a lot of greenhouse gases.

That, Beyond Meat founder Ethan Brown has said, is what drove him to develop an alternative protein. If plant-based meat products taste like conventional meat but are delivered to consumers in a more sustainable, climate-friendly, animal-friendly package, then consumers will get on board.

2019 has been the year that this theory was put to the test. Beyond Meat, Impossible Foods, and a raft of new competitors from other companies in the industry have gotten more attention than ever before. And while not all food critics are persuaded that the burgers taste just like meat, they’re getting close. Both Impossible Foods and Beyond Meat put out a new, improved version of their burgers this year, and both have teams hard at work on developing an even more perfect burger.

That’s not to say there’s been no pushback. Critics have pointed out that a Whopper is still a Whopper even if it’s plant-based — not all that much healthier than one made from meat. As plant-based meat has become a fast-food staple, the health criticisms have grown louder as have complaints that plant-based products lack the authenticity of real meat.

But the burgers keep selling, and consumers seem to like what they taste. And restaurants like Denny’s are getting on board.

There are more than 1,700 Denny’s restaurants. Beyond Meat is now offered at more than 53,000 restaurant and grocery locations worldwide. The increased sales are what drove their profits in the third quarter of the year. And with new deals with Dunkin’, McDonald’s, and Denny’s signed so far in the fourth quarter, Beyond is showing no signs of slowing.

CDC issues travel advisory to residents of New York, New Jersey, and Connecticut
“Are they alive?”: Uighur Muslims demand videos of relatives in Chinese internment camps
George Floyd’s brother’s plea to Congress: “Stop the pain”
Amy Coney Barrett refused to say if Trump can delay the election. The correct answer is he can’t.
Election Day fears of voter intimidation largely didn’t come to pass
I went to a huge conference on school safety. No one wanted to talk about gun control.