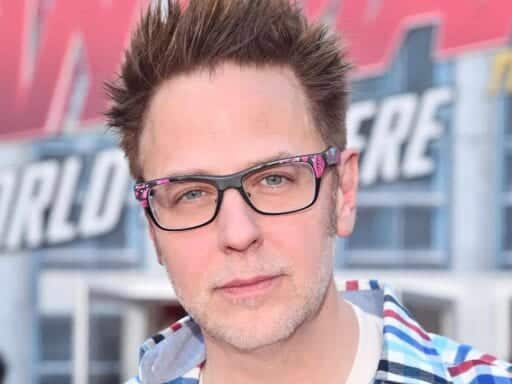 There was a conservative push to make it happen.

Disney has fired director James Gunn from helming the third film in the hit Guardians of the Galaxy franchise, following the discovery and circulation of several old tweets in which he displayed gross humor and made jokes about rape. The tweets began to circulate Thursday after right-wing news personalities found the tweets and began calling for his dismissal; Disney later fired Gunn, on Friday afternoon.

”The offensive attitudes and statements discovered on James’ Twitter feed are indefensible and inconsistent with our studio’s values, and we have severed our business relationship with him,” Walt Disney Studios chair Alan Horn said in a statement.

In response, many conservatives began calling for Gunn’s firing, and encouraged their followers to confront Disney and Gunn himself. Some argued that conservatives have lost their jobs over things they have said, and questioned why Gunn was still employed even though he had displayed such poor taste. Gunn has also been a vocal critic of Donald Trump, which might further explain why conservatives were so insistent on seeing him punished.

Gunn tried to add context to the tweets on Thursday evening.

“Many people who have followed my career know when I started, I viewed myself as a provocateur, making movies and telling jokes that were outrageous and taboo. As I have discussed publicly many times, as I’ve developed as a person, so has my work and my humor,” he tweeted. “It’s not to say I’m better, but I am very, very different than I was a few years ago; today I try to root my work in love and connection and less in anger. My days saying something just because it’s shocking and trying to get a reaction are over.”

But his comments were clearly not enough to change Disney’s mind.

Gunn has directed both of Marvel’s two Guardians of the Galaxy movies and saw them take off to wild success. He and his cast and crew are credited with taking an obscure comic book team and turning them into a massively successful franchise.

Gunn was also scheduled to appear at San Diego Comic-Con this weekend as part of Sony’s Hall H presentation, but it’s unclear if he will still be in attendance.

6 key Senate and House races to watch on Tuesday
How Mike Bloomberg made his billions: a computer system you’ve probably never seen
Scorsese’s Taxi Driver and The King of Comedy are two sides of a story that Joker doesn’t get
Trump eliminates federal anti-racism training, calling it “a sickness”
What life is like for Paul Manafort in jail
RSVP now: Nicole Cliffe and the Vox Book Club finish off The Secret History, live on Zoom