Disney+ will stream The Simpsons in its original 4:3 aspect ratio in early 2020 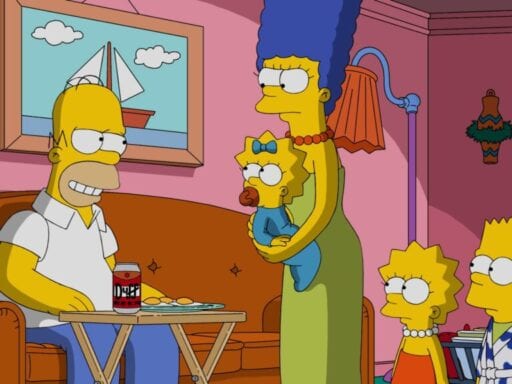 Our national nightmare is over.

Everything’s coming up Milhouse! After many websites across the entirety of this great internet of ours — including the one you are reading right now — complained about Disney+ displaying the first 19 and a half seasons of The Simpsons in an aspect ratio that cut out much of the visual information and many of the show’s funniest gags, the service has announced it is adding the episodes in their original aspect ratio.

The change will take place in “early 2020,” according to a statement from Disney.

Here’s what else Disney had to say:

We presented “The Simpsons” in 16:9 aspect ratio at launch in order to guarantee visual quality and consistency across all 30 seasons. Over time, Disney+ will roll out new features and additional viewing options. As part of this, in early 2020, Disney+ will make the first 19 seasons (and some episodes from Season 20) of “The Simpsons” available in their original 4:3 aspect ratio, giving subscribers a choice of how they prefer to view the popular series.

Until February 2009’s “Take My Life Please” (the 10th episode of the 20th season), every episode of The Simpsons was formatted for boxy, standard-definition TVs, in an aspect ratio of 4:3 (meaning four units of width to three units of height). But on our modern widescreen TVs, which display images at a 16:9 ratio (16 units of width to nine units of height), 4:3 programs are displayed with black bars on either side of the picture, because it isn’t large enough to fill the entire screen. (For more on aspect ratios, consult this Vox explainer from the halcyon days of 2014.)

However, some viewers feel like they’re not getting “the full picture” if they see those black bars, so many networks that rebroadcast old 4:3 programs alter them to fill a 16:9 ratio by zooming in on the center of the image. This process ends up slicing off the top and bottom of the image. Sometimes, the truncated image that results is not a problem. But in the case of a show like The Simpsons, which contains many, many sight gags, the tops and bottoms of an image can be where some of the best stuff lives.

dug real deep into the archives for this one! ❗ lost a little weight , lost a little off the top , but same old me! pic.twitter.com/fojzOXTpTh

Per Disney’s statement, those of you who (wrongly!) want to watch older episodes of The Simpsons zoomed in to 16:9 will continue to have that option. But Simpsons purists such as myself will have the distinct pleasure of watching these episodes as they were intended: in a strange, boxy shape that doesn’t fill the entirety of our modern TV screens. (Meanwhile, it seems unlikely the Michael Jackson episode from season three will be available on Disney+ anytime soon.)

It’s really true what they say: Simpsons episodes in 4:3 aspect ratio for some — miniature American flags for others!