Do Democrats think the government should be able to get around data encryption? 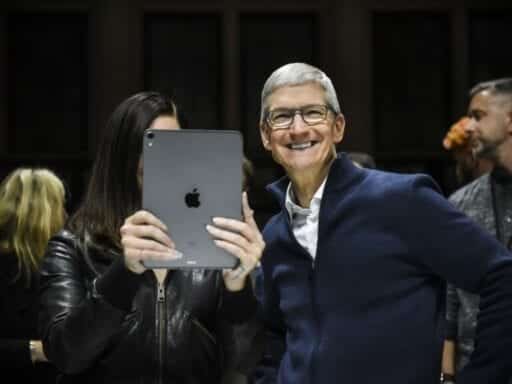 If the government wants to access your WhatsApp messages, 2020 Democrats say it needs to follow due process.

To find out how 2020 Democratic candidates would use their presidential powers to address different aspects of technology, we sent seven key questions to every campaign. This post includes five candidates’ answers to the third question. You can find answers to the other six questions on the landing page.

In the event of a crime, should the government be able to access Americans’ encrypted conversations?

Bernie Sanders: [I am] very wary of America’s long history of allowing the government and big corporations to have unauthorized and sometimes unlimited access to our communications, consumer practices, and even private conversations. [I also believe] that our criminal justice system needs fundamental reform, and that under secret and sweeping interpretations of surveillance and other investigative law, low-income, minority, and activist communities have been subject to flagrant abuses of their privacy and their constitutional rights.

Technology cannot shield people from the justice system, especially when it comes to white-collar and other financial crimes. But in cases where encrypted messages are accessed over the course of a criminal or national security investigation by law enforcement, due process must be respected, and public policy should be updated to keep pace with changing technology. [I] firmly [oppose] the Trump administration’s efforts to compel firms to create so-called “backdoors” to encrypted technologies — an attack on the First and Fourth Amendments that would ultimately leave everyone less secure.

Elizabeth Warren: The government can enforce the law and protect our security without trampling on Americans’ privacy. Individuals have a Fourth Amendment right against warrantless searches and seizures, and that should not change in the digital era.

Pete Buttigieg: My administration will move beyond the polarized debate and engage all the key stakeholders — including civil liberties groups, technology companies, academics, experts, law enforcement and other government officials, and the public more broadly — to find ways forward that protect the core privacy, security, and economic interests at stake, while ensuring that law enforcement has strong tools to do its job. As president, I commit to engaging with recognized experts to ensure that any plan is cognizant of systemic security risks, responsive to foreign threats, and grounded in technical facts.

My administration will respect the Fourth Amendment and protect against unlawful search and seizure. To the extent the government seeks new tools to gain access to data, we should demand heightened legal standards, including probable cause, supported by a warrant from a judge, and a showing of necessity and/or the exhaustion of other techniques, as we did years ago in the context of wiretaps. In an age where a significant amount of personal information is stored on smart devices in our pockets, the government’s desire to access that technology should come along with a corresponding increase in its showing of necessity and its attention to addressing the privacy risks that can result.

Bottom line: We should not have to choose privacy or national security; we need both. End-to-end encryption should be the norm. It provides critical protections for both our personal privacy and our personal security. It is the strong consensus of cryptographers right now that weakening or banning end-to-end encryption is likely to result in significant security risks. At the same time, we also need to ensure that law enforcement has access to the tools it needs to keep us all safe.

Tom Steyer: Evidence in criminal cases should be gathered in accordance with the law. To ensure that we are adequately protecting civil liberties, we should revisit the extent to which the government can access and monitor our digital communications.

Michael Bennet: This should only be permitted in rare cases of imminent and significant danger to public safety, and only with a warrant from a civilian court.

Trump was never going to be forced out
Voting in person is roughly as safe as going to the grocery store
Bernie Sanders wants to ban police use of facial recognition tech
The deadliest attack of the year in Kabul bodes poorly for the US-Taliban deal
“Reopening” isn’t enough to save bars and restaurants — the US needs a bailout
The US has a 2.5 billion-pound surplus of meat. Let’s visualize that.