Do you remember the very best meme of September? 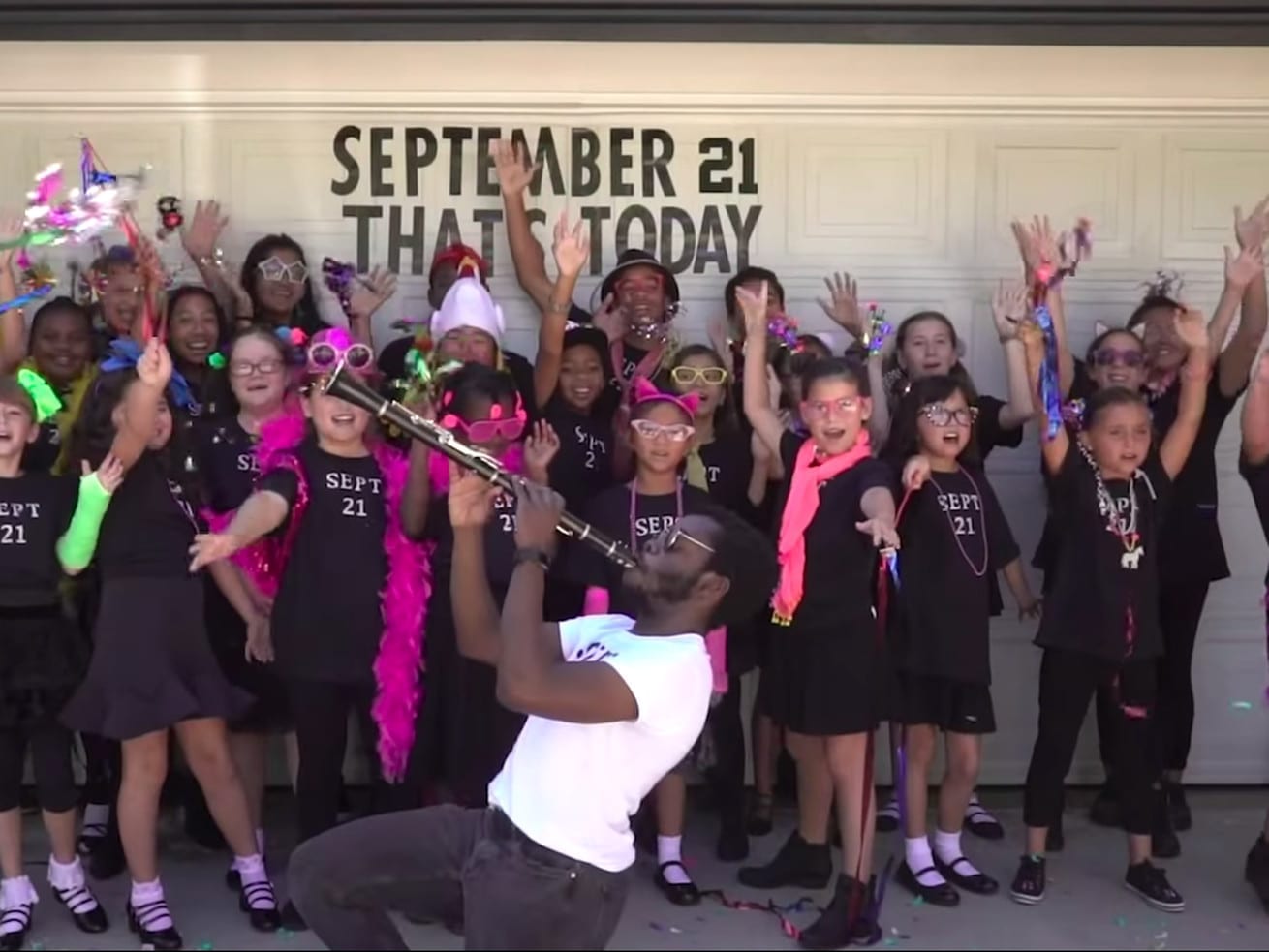 Why September 21 is so much more than a random calendar date.

We know that you remember Earth, Wind & Fire’s “September,” the iconic 1978 funk classic that propelled one specific date into the cultural lexicon: September 21.

What’s that? Did you think September 21 was just an ordinary day? Nothing special? Not a holiday, not the date of a landmark historic event, just another day?

Well, you would be wrong. September 21 is more than just a pop culture holiday. On September 21, love was changing the minds of pretenders while chasing the clouds away. Golden dreams were shiny days, the bell was ringing, and our souls were singing.

If you don’t understand why that’s a monumental occasion — and especially if you do — then you’re in luck, because you’ve got a fantastic annual meme to bring the groove back every year, thanks to comedian and screenwriter Demi Adejuyigbe (The Good Place).

For the last three years, Adejuyigbe has gone viral on Twitter with an absolutely delightful series of “September” video renditions, which emphasize the day — September 21, say it loud and proud — on repeat. Through a combination of music, dance, and custom-made T-shirts, Adejuyigbe emphasizes the magical properties of September 21 and its palpitating, life-giving vibrations that only those with true soul can feel. (Well, okay, those with true soul and also anyone with access to YouTube, where they can watch and experience the joy for themselves.)

Note the way Adejuyigbe skillfully creates suspense about the theme of his video, masterfully building to the reveal that September 21 is, in fact, today. No wonder 36,000 #blessed Twitter users retweeted the heck out of it. So many, in fact, that on September 21, 2017, Adejuyigbe returned for a surprise sequel.

Concerned that Adejuyigbe might not be able to sufficiently ramp up the payoff to hype over a totally random calendar day with no larger cultural significance whatsoever? Fear not, because Adejuyigbe kicks things off by appearing in front of a closed curtain and then dancing in a T-shirt that doesn’t climactically inform us that September 21 is today, only to psyche viewers out by cutting the curtain and revealing — surprise! — September 21 was today all along! And there are confetti guns and a bonus confetti-spewing saxophone to prove it.

But if you thought that Adejuyigbe outdid himself on September 21, 2017, that’s only because you of little faith weren’t prepared for September 21, 2018. In this one — no, no, it’s too good to spoil. Just watch.

As you can see, Adejuyigbe builds with intrepid cleverness on the “thwarted expectation curtain” from the previous year by introducing a scene with no curtain and then raising one in order to remind us that even if the world is a cesspit, we’re all going to be all right because Demi Adejuyigbe got small children to stand in his garage singing jubilantly about the fact that it’s September 21, and he played an exploding confetti clarinet for them, and then they all got ice cream together.

Oh, and if that weren’t enough, Adejuyigbe is donating sales of his now-iconic SEPT 21 T-shirts to progressive charities RAINN, RAICES, and the National Center for Transgender Equality.

When we remember the 21st night of September, what we are remembering is that this is how humanity prevails, not through war and conquest and an apocalyptic fear of the Other, but by coming together to celebrate the spectacular ordinariness of life, and the way even a mundane calendar date can be filled with wonder and beauty and unforgettable communion.

How better to commemorate that than through a ridiculous, sublime reduction of Earth, Wind & Fire’s pop masterpiece to its most essential, most universal element? When we sing “never was a cloudy day,” what we’re really singing about is the eternal human spirit that refuses to accept defeat and stop loving when there are apocalyptic storm clouds rolling overhead. When we sing “ba-dee-ya,” what we’re really saying is “yes, we can.” And when we talk about what really makes America great, what we’re talking about is: September 21.