Donald Trump is attempting a hostile takeover of the Republican Party 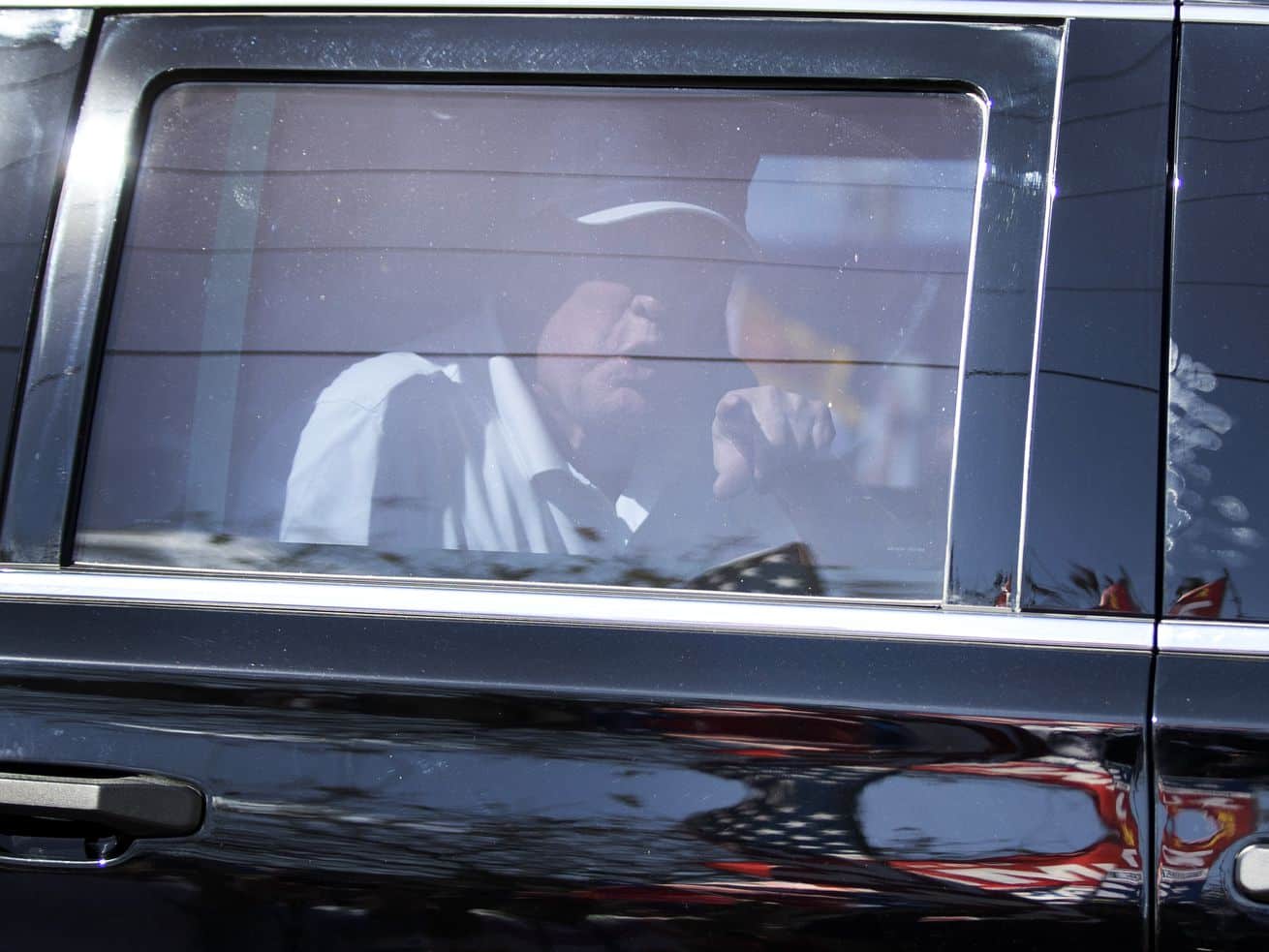 Donald Trump isn’t happy the Republican Party won’t purge members who haven’t been totally loyal to him. And of late, he’s doing more about it than he did when he’d channel his anger by posting mean tweets.

Days ago, lawyers representing Trump took the extraordinary step of demanding the Republican National Committee (RNC) and other prominent GOP groups cease and desist using Trump’s name and likeness. The RNC denied the request, citing Trump’s status as a public figure, and Trump responded Monday night with a tweet-like statement asking supporters to give to him instead of to the party.

“No money for RINOS,” the statement begins, referring to an acronym for “Republicans in name only,” which for Trump has come to mean anyone who isn’t totally loyal to him.

“They do nothing but hurt the Republican Party and our great voting base — they will never lead us to greatness,” it continues. “Send your donation to Save America PAC at DonaldJTrump.com. We will bring it all back stronger than ever before!”

He didn’t start his own party, which is complicated to do and be competitive, but Trump is trying to set himself up as the place where money for Republicans should go as opposed to GOP committees pic.twitter.com/IPaiXTaIEy

This wasn’t the first time since he left office that Trump asked his supporters to give money to him instead of the Republican Party. He did the same thing during his February 28 speech headlining CPAC.

“There’s only one way to contribute to our efforts to elect America-first Republican conservatives and in turn to make America great again, and that’s through Save America PAC and donaldjtrump.com,” he said.

the grift goes on pic.twitter.com/Mer7Pii6hi

Save America PAC is Trump’s “leadership PAC”: a type of political committee formed by current or former elected officials that has relatively few restrictions on what it can do with donations. And, as a result, Trump may have more than just political revenge on his mind in asking supporters to give to him instead of to the Republican Party.

“If you’re going to direct a lot of money from a political committee to yourself, this is the way to do it,” Jordan Libowitz, communications director for Citizens for Ethics and Responsibility in Washington (CREW), told me in an interview.

The cease-and-desist letter from Trump’s lawyer came a day after Trump released a statement announcing he plans to campaign for whoever primaries Sen. Lisa Murkowski (R-AK) next year. Murkowski was one of seven Republican senators who voted last month to convict Trump on an article of impeachment for inciting the January 6 insurrection, and is the only one of those senators up for reelection who’s not retiring.

Trump blasted Murkowski, saying, “She represents her state badly and her country even worse. I do not know where other people will be next year, but I know where I will be — in Alaska campaigning against a disloyal and very bad Senator.”

While Trump hasn’t committed to running for president again in 2024, he has made very clear that he plans to campaign against “disloyal” Republicans next year. During his speech at CPAC, he referenced the 17 Republicans in the House and Senate that voted either for his impeachment or conviction by name and said, “Get rid of ’em all.”

Trump also had harsh words for Senate Minority Leader Mitch McConnell, who voted for Trump’s acquittal but then immediately gave a speech on the Senate floor denouncing him. And, in the days following CPAC, McConnell made clear he’ll stand by Republicans in his caucus who are up for reelection next year, even if Trump campaigns against them.

Libowitz said that while it’s highly unusual for a former elected official like Trump to use his leadership PAC against his own party, he isn’t surprised Trump is doing it.

“This is essentially the story of the scorpion and the frog, except it’s the grifter and the political party,” he said. “So I think it was a little naive to ever believe he’d become a team player when there were tens, if not hundreds, of millions of dollars on the table.”

Save America PAC is a lucrative business opportunity for Trump

Save America PAC has already proven itself to be a formidable fundraiser. Thanks largely to highly misleading emails, it raised $31.5 million in the weeks after Election Day. Donors were told the money was going to fund legal challenges, but a careful reading of the fine print indicated the money was largely being raised for things like paying down campaign debt and funding Trump’s post-presidency operation.

The PAC is still sitting on most of that money. Fundraising emails told donors it would be getting involved in the Georgia runoffs, but that never happened. And now Trump wants even more.

Trump says he’s raising money to root out “RINOS.” Whether he can purge the party of Republicans who aren’t loyal to him remains to be seen. But one thing is for sure: Leadership PAC funds are one way Trump can continue to cash in on his popularity among Republicans at a time when activity at his properties has slowed down.

Call me crazy, but sometimes it almost seems like all the business the hotel saw during the Trump years was aimed at currying favor with his administration while personally enriching him in the process… https://t.co/L9MC9vGBJ2

Libowitz explained to me that since leadership PACs have “very few restrictions” on how money is spent, he expects “to see a lot of this money going to Trump companies, and I have to imagine it’s just part of the grift.”

Trump could use the money to hold events at his hotels, for instance. But there are other ways it could flow back to the former president.

“There aren’t a lot of restrictions on travel expenses, so he can rent his own plane for himself and pay himself to fly around the country,” Libowitz said. “He can pay Ivanka and the rest of his family very large amounts as consultants for the PAC. He can rent office space for himself.”

Libowitz said he’ll believe Trump actually plans to use the leadership PAC funds to help MAGA candidates when he sees it.

“I think the question is: Is he the kind of guy who has a hundred million dollars in the bank and then will spend it to help others who couldn’t necessarily turn around and help him, or is he the kind of guy who will find a way to direct that money back to him and his closest allies?” Libowitz said. “Traditionally, Trump is the latter.”

The Trump-RNC feud is remarkably one-sided

The RNC responded to the cease and desist from Trump’s lawyers with a letter insisting it “has every right to refer to public figures as it engages in core, First Amendment-protected political speech, and it will continue to do so in pursuit of these common goals,” Politico reports. It also decided to move part of its spring donor retreat next month to Trump’s private Mar-a-Lago club in Palm Beach, Florida, according to the Washington Post.

That RNC letter, written by chief counsel Justin Riemer, says that RNC Chair Ronna McDaniel and Trump “enjoy a close relationship, and we understand that President Trump reaffirmed to her over the weekend that he approves of the RNC’s current use of his name in fundraising and other materials, including for our upcoming donor retreat event at Palm Beach at which we look forward to him participating.”

But while the RNC wants people to believe the tiff with Trump is really no big deal, there are indications it is.

As Forbes reporter Andrew Solender detailed, the National Republican Senatorial Committee (NRSC) — which was another of the many GOP-affiliated groups to receive a cease and desist — went a few days without pushing out communications mentioning Trump after news of the cease and desist broke. But that came to an end on Tuesday afternoon went it sent out an email lauding him.

Regardless of how active Trump ends up being in campaigning against the Murkowskis of the world next year, Republican Party officials are now put in the unenviable position of having to prepare for a two-front war during a midterm cycle in which they hope to take back control of at least one of the two chambers of Congress.

“Even if he doesn’t spend [the leadership PAC money], the threat of spending it against someone could be enough to get them in line and get them to still pay deference to him,” Libowitz said.

The West has all the ingredients for another terrible wildfire season
Iran just fired missiles at US military targets. What does this mean?
Africa has so far been spared the worst of the coronavirus. That could soon change.
American white people really hate being called “white people”
Chief Justice Roberts could be an unexpected savior of public education in a religious schools case
What are hot chocolate bombs and why are they suddenly everywhere?