Donald Trump is not delusional 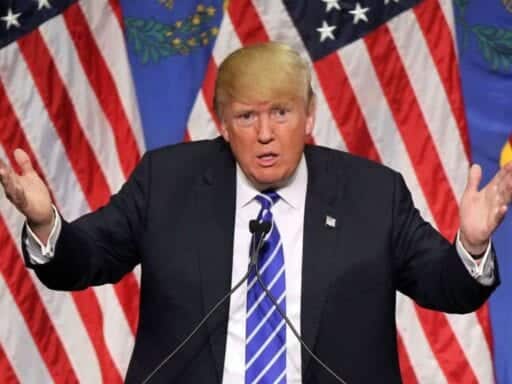 White House aides want you to believe the president stands with Putin because he doesn’t get what’s going on.

Top aides at the White House are peddling a remarkable excuse for President Donald Trump’s embarrassing performance at a press conference in Helsinki on Monday, where he sided with Russian President Vladimir Putin over American intelligence officials on the question of whether Russia interfered in the 2016 election.

The president, they tell Axios’s Jonathan Swan, is delusional:

He views the entire exercise as a “witch hunt” cooked up by Democrats and Deep State conspirators to underline his election win.

Ego prevents him acknowledging the possibility that any external action could have interfered with his glorious victory.

The handful of White House staff Swan has privately communicated with since today’s press conference are not proud of the man they work for. But he doesn’t expect any to resign.

Okay. Here’s the thing: If Trump’s aides actually believed this, wouldn’t they do something about it? The fact that they haven’t — aside from speaking anonymously to a reporter about it — suggests they don’t actually believe it.

Plus, Trump’s own public statements and decisions, though often bizarre or rude or offensive, show he isn’t confused about the basic facts of the situation.

For example, despite what aides are selling, we know Trump knows what a “cyberattack” is. He’s proven he gets that it is not the same as “collusion.”

On a debate stage during the campaign, he disputed Hillary Clinton pinning the blame on Russia, invoking a stereotype about hackers (obese and antisocial) and raising the possibility that it was the Chinese:

He even once called on Russia to find Clinton’s “missing” emails. Coincidentally, the Democratic National Committee was hacked by Russians two days later.

When Trump talks about “collusion,” a word that also starts with a C, he seems to nonetheless be able to differentiate it from “cyberattack.” He understands that collusion is about whether or not his campaign was involved in Russian operations, including those cyberattacks.

For example, talking about special counsel Robert Mueller’s probe earlier on Monday, Trump said: “There was no collusion at all. Everybody knows it. People are being brought out to the fore. So far as I know, virtually, none of it related to the campaign. They will have to try really hard to find something that did relate to the campaign.”

Then there’s the question of Mueller himself. Aides tell Axios that the president is “constitutionally incapable of taking anything Mueller finds seriously.” But Trump doesn’t act like a man who doesn’t take the investigation seriously. Even before Mueller came onto the scene, Trump went so far as to fire his FBI director over Russia (which set up Mueller’s entrance). Then he considered firing Jeff Sessions, his attorney general, because Sessions recused himself from all things Russia.

The White House is claiming — anonymously, of course — that the root of all this is Trump’s deeply held, paranoid belief that this is “a ‘witch hunt’ cooked up by Democrats and Deep State conspirators to undermine his election win.” Trump says this all the time. Even two of his final words at the press conference with Putin on Monday were “witch” and “hunt.”

But his actions say something different. Trump personally dictated the cover-up statement about the Trump Tower meeting, the one held during the campaign by his campaign manager Paul Manafort, his son Don Jr., his son-in-law Jared Kushner, and several Russians. He knew the truth was the problem. Not the “Deep State.”

If the best defense that the aides closest to Trump can come up with for his open support for Putin is that he’s delusional, they must either be delusional themselves or believe that we are delusional enough to buy it.

This Passover is not like other Passovers
Why Covid-19 is so dangerous for older adults
Trump has repeatedly attacked the NFL. That hasn’t stopped players from protesting.
CNN reports that Rudy Giuliani’s financial dealings are under investigation by prosecutors
Trump Just Exploited The London Bridge Attack For His Own Benefit
Ivanka Trump’s fashion brand is closing