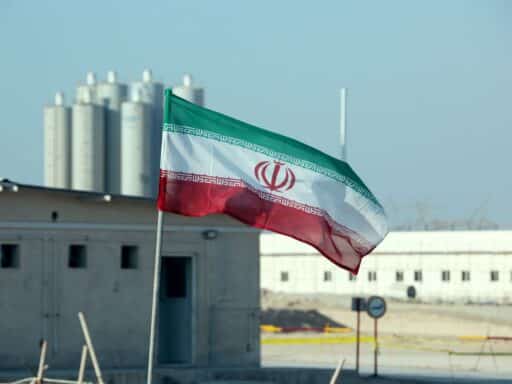 Three top Biden team members made clear that reentry into the pact is a “long ways” away.

President Joe Biden’s team has made clear in its earliest hours that a swift return to the Iran nuclear deal is unlikely — potentially prolonging a foreign policy crisis many in Washington had hoped to resolve quickly.

The Trump administration abandoned the agreement in 2018 and reimposed strict economic sanctions on Iran, further decimating the nation’s already struggling economy and complicating the Islamic Republic’s ability to fight the coronavirus. In defiance, Tehran purposefully surpassed caps on its nuclear development established under the deal as a pressure tactic to scare the US back into the accord. The regime’s message, in effect, was the US could either reengage diplomatically or witness Iran’s push toward a nuclear weapon.

Tehran has never officially said it seeks a nuclear bomb, but its actions have long made its intentions to at least get close to having one pretty clear, and some estimates indicate the country would be just three months away from achieving a workable bomb should it actually decide to do so.

On the campaign trail, Biden said he would rejoin the 2015 pact with Iran and other world powers, on one key condition: “If Iran returns to strict compliance with the nuclear deal, the United States would rejoin the agreement as a starting point for follow-on negotiations,” Biden wrote in a September essay for CNN.

But in just the last few days, hopes of an imminent American return to the agreement have dimmed, with three senior members of Biden’s team signaling that may not happen right away.

During her Tuesday confirmation hearing to be director of national intelligence, Avril Haines fielded a question by Sen. Susan Collins (R-ME) about Haines’s views on the US rejoining the nuclear accord. Her answer was somewhat surprising.

“I think, frankly, we’re a long ways from that,” she said. She then added that Biden and his team would “also have to look at the ballistic missile issues” — referring to Iran’s continued development of an advanced arsenal of ballistic missiles — as well as Iran’s other “destabilizing activities” before rejoining the nuclear agreement.

Two Senate Democratic aides texted me almost immediately after her remarks to share their displeasure. “Not a great answer from Haines,” said one. (The Senate confirmed Haines to her post on Wednesday.)

Later that afternoon, Secretary of State-designate Antony Blinken made similar comments. “We are a long way from there,” he said about rejoining the deal, speaking at his Tuesday confirmation hearing. “We would then have to evaluate whether they were actually making good if they say they are coming back into compliance with their obligations, and then we would take it from there.”

And during her first briefing on Wednesday, White House press secretary Jen Psaki echoed those two remarks. “The president has made clear that he believes that, through follow-on diplomacy, the United States should seek to lengthen and strengthen nuclear constraints on Iran and address other issues of concern,” she said. “Iran must resume compliance with significant nuclear constraints under the deal in order for that to proceed.”

“The president has made clear that he believes that through following diplomacy, the U.S. should seek to lengthen and strengthen nuclear constraints on Iran and address other issues of concern,” White House Press Sec. Psaki says of the admin.’s plan to deal with Iran pic.twitter.com/vWEtdQxo2c

Clearly, Biden officials are on the same page when it comes to Iran, and they all indicate the new team isn’t pushing for a quick reentry into the nuclear accord. “That would be my interpretation of remarks by Haines, Blinken, and Psaki,” Suzanne Maloney, an Iran expert and director of the foreign policy program at the Brookings Institution, told me.

It’s possible that all of this is a negotiation tactic, staking out a hardline position at the outset in order to build in wiggle room to compromise later on. But it’s also possible that this stance could delay — or even doom — the prospect of a return to the diplomatic path between two bitter adversaries.

The road to a revamped Iran deal is full of pitfalls

The Biden administration may not want to move fast, but the time to do anything meaningful is already running out.

Iranian President Hassan Rouhani spoke on Wednesday about how the nuclear deal could be saved. His main message during his Cabinet meeting was that the US — not Iran — had to move first. “If Washington returns to Iran’s 2015 nuclear deal, we will also fully respect our commitments under the pact,” he said. The ball is “in the US court now,” he said.

Specifically, the regime wants the US to lift sanctions and unfreeze Iran’s foreign financial assets before it agrees to roll back its latest nuclear developments.

That’s a potentially significant complication, and it will take a fair bit of negotiating for the two sides to agree on a sequence of events palatable to both. The problem is that Iran has a presidential election coming this summer, and Rouhani, who was president when the nuclear deal was signed and who staked much of his political future on making the deal happen, will be leaving office after his second and final term ends.

The next Iranian president might not be as amenable to saving the nuclear pact, which means Biden may only have a few months before the reentry window closes.

“The expectation of the Rouhani government is a quick return” to the deal, Tehran University’s Nasser Hadian, who is close to top regime figures, told the New Yorker earlier this month. “If Biden doesn’t act, then all of Iran’s major factions will push for Iran to increase all aspects of its nuclear program.”

But even if the US wanted right back in the deal and Iran complied with its terms, it would take a while to fully verify that Tehran had in fact reversed its trajectory toward a weapon, experts say. The UN’s nuclear watchdog, for example, would need to gain access to multiple facilities to check that the Islamic Republic had wound down its uranium enrichment. That by itself could delay any return to the deal.

Views differ on how bumpy the road to an Iran deal reentry will be. Some, like the Foundation for Defense of Democracies’ Behnam Ben Taleblu, say, “It would be wise [for the Biden administration] to wait” to rejoin the deal, especially as “there may not be that much of a domestic constituency [in the US] compared to other matters.”

Others, like Brookings’s Maloney, believe the US will eventually rejoin the original Iran deal — not a revamped one — because the Biden team would rather focus on other global problems such as the pandemic or China. “It wouldn’t be shocking if the administration opts to take what they can get and park this issue,” she told me.

How the US proceeds may soon depend heavily on Robert Malley, a former Obama administration official who will reportedly be Biden’s Iran envoy. Experts tell me he’s likely to seek a quick resolution to the Iran deal issue, potentially putting him at odds with other leaders on the team.

Which means the future of America’s return to the Iran deal isn’t set, and could conceivably turn into a contentious point within the administration. What once seemed like a foregone conclusion, then, may be anything but.

Game of Thrones: Does Arya’s “green eyes” prophecy mean she’ll kill Daenerys?
I’m Iranian American. I’m tired of being treated like a political pawn.
Trump and the Navy are on a collision course
Trump is banning travelers from the UK to combat coronavirus. Domestic travel restrictions could com...
How police unions became so powerful — and how they can be tamed
The Bachelor finally had a direct conversation about racism