DoorDash is still pocketing workers’ tips, almost a month after it promised to stop 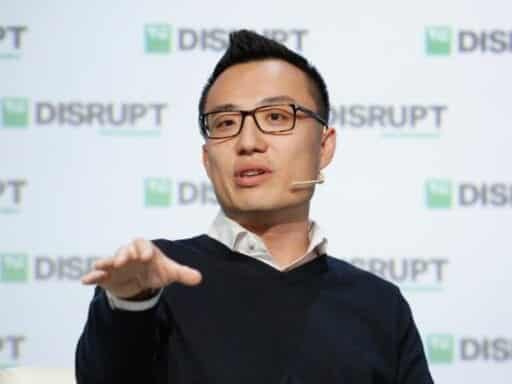 Share
Loading...
About a month ago, DoorDash CEO Tony Xu announced that the company would change its its controversial tipping policy that puts customer tips toward workers’ base pay. But the company has yet to make that change, which is upsetting some of its workers. | Photo by Kimberly White/Getty Images for TechCrunch

It’s been almost a month since the delivery company promised workers it would offer details about its new tipping policy “in the coming days.”

It’s been almost a month since DoorDash, the leading food delivery app in the US, finally caved to public pressure and announced it would stop pocketing its workers’ tips.

At the time, CEO Tony Xu announced in a series of tweets that DoorDash would institute a new model to ensure workers’ earnings would “increase by the exact amount a customer tips on every order.” Xu promised to provide “specific details in the coming days.” The next day, Xu sent out a note to DoorDash workers, broadly outlining changes and letting them know “what to expect in the days ahead.”

But 27 days later, current DoorDash workers tell Recode that the company’s pay and tipping policies have stayed the same. The company has not made any public statements about its worker pay and how it plans to institute the changes, nor has it offered a specific date when it will fulfill its promise.

A spokesperson for the company declined to comment about the company’s plans to change its tipping policy.

4/ Going forward, we’re changing our model – the new model will ensure that Dashers’ earnings will increase by the exact amount a customer tips on every order. We’ll have specific details in the coming days.

“They’re still stealing tips,” Dawnielle Turner, a DoorDash worker in Cleveland, Ohio, told Recode. “Why would you send the email out and have everyone anticipating such a major change?,” she said.

Turner, a mother who works full-time to support herself and two small children, also does deliveries for other food delivery apps, like Postmates, Instacart, and Grubhub. She said all of the apps have pay problems, but that none of them “are going so far as stealing tips.”

DoorDash’s delivery workers are contractors who don’t have protections like minimum wage or benefits like health care that full-time employees get. Since these workers’ pay can fluctuate — some drivers Recode interviewed said they earn as little as an average of $8 an hour — tips are crucial for earning a living wage.

Another DoorDash worker who preferred not to be named said he was initially very excited when he heard that the company was listening to workers’ concerns and changing its tipping policy. Since then, the company’s inaction has disappointed him.

“The company really tries not to pay us as much as possible,” he said. The DoorDash worker, like many others, now asks people to tip him in cash so that he can be sure his tip money is going to him in full. He’s even started handing out flyers to his customers explaining the controversy, and why workers prefer for people not to tip through the app.

How tipping became a big issue

DoorDash initially came under fire for its tipping policy back in February, when customers realized that the company, along with other food delivery apps, was subsidizing workers’ pay with customers’ tip money.

One of DoorDash’s competitors, Instacart, initially ignited the drama and bore the brunt of public scrutiny when one of its workers shared a receipt showing how the company paid only 80 cents on a large order for which the customer had tipped $10. The complaint sparked criticism that the company was relying on customers’ tips rather than its own pocketbook to pay its workers. After Instacart initially dismissed the situation as a one-off “edge case,” causing more public uproar, the company’s CEO ended up apologizing to workers and changing its policy to separate tips from base pay going forward.

DoorDash has a similar practice to Instacart’s old policy of sometimes using tip money to subsidize workers’ base pay — but unlike Instacart, for months the company stood firm on its controversial tipping policy. Despite mounting negative press, including a tech worker employee boycott and a labor investigation by city officials in San Francisco, the company refused to change.

In statements to the press, the company defended its tipping model, saying that it was part of a larger, new model that workers preferred to an older one. After it conducted a driver feedback survey that notably failed to ask drivers about its controversial tipping policy, the company started showing its workers a breakdown of tips and pay. But it still didn’t do what its workers and customers were asking — to separate tips from base pay.

Around the same time, DoorDash closed a new $400 million round of financing that valued it at a cool $7.1 billion.

It wasn’t until a July New York Times article returned the spotlight to DoorDash’s practice of dipping into the tip jar that the company finally announced that it would change its policies.

When DoorDash acquired its rival Caviar for $410 million earlier this month, some of its workers viewed the move as proof the company has the cash to pay them better, if it wanted to.

“I’ve heard a lot of cynical takes,” Sage Wilson, an organizer for labor advocacy group Working Washington, told Recode. Referring to the acquisition, Wilson said, “a lot of DoorDash workers are saying ‘look, that’s where our tip money went to.’”

The acquisition has also prompted discontent on the corporate employee level, too. According to a report from The Verge, several Caviar employees have complained that DoorDash hasn’t been offering fair packages in their job transition offers, and that the company didn’t allow some employees who are immigrants “to discuss the status of their work visas with immigration lawyers until they signed the un-negotiated offers.”

Some workers and labor advocates are skeptical that DoorDash will end up paying its workers the tip money they feel they’re owed — specifically, back wages. DoorDash didn’t mention back wages in its public promises to workers.

“One of the big questions in addition to what the new pay model is going to be, is, are they going to pay back pay to all those tips, dating back to 2017?” Wilson said.

Wilson said he never expected the company to make changes to its pay model and figure out back wages overnight, but considering it’s been almost a month now since Xu’s tweet promising changes in the “coming days,” it’s been one day too many.

Since DoorDash’s public controversy over tipping, several workers Recode spoke with said they’ve been considering stopping working for the company in recent months because of consistent issues with pay.

“I’ve been trying for a while to get a regular job,” said Turner, who used to work in insurance before she turned to gig economy jobs. She wanted a more flexible schedule that allows her to also take care of her children, one of whom needs special medical attention. “But it’s really important to me that even if I stop [working for DoorDash], these changes get made for everyone,” she said.

Vox Sentences: A NAFTA by any other name
To build the wall, Trump is sacrificing airport security during the government shutdown
The White House is dealing with another Covid outbreak
The impact of Trump’s trade wars, explained
How Congress could force Trump to use the Defense Production Act
My two days watching Newsmax, the network waging war on Fox News from the right