EBay is suing Amazon for “racketeering” and anti-competitive practices 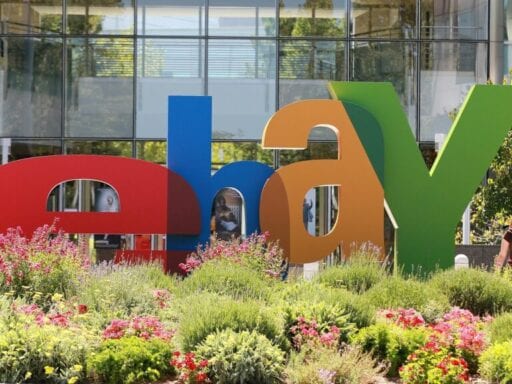 A lawsuit filed in California this week mentions three mid-level managers by name.

EBay is suing Amazon for an alleged “conspiracy” to steal high-volume sellers off its platform through its user messaging system, the New York Times reported Thursday. The lawsuit, filed Wednesday in the Northern District of California, says Amazon exhibited “a pattern of racketeering activity” and its employees conspired to “infiltrate and exploit eBay’s internal member email system using fraud and false pretenses.”

The alleged scheme — of Amazon employees creating fake eBay accounts and then messaging successful eBay sellers and recruiting them to Amazon— is nearly identical to the one described in the lawsuit eBay filed against Amazon in the same court in October of last year, which is currently in arbitration.

The previous lawsuit took care to paint Amazon as metastatic and insatiable, a big bully eating everyone’s lunch. (EBay’s current market cap is around $33 billion, while Amazon’s is about $887 billion.) It pointed out that 2017 was the first year in which more than half of products sold on Amazon were listed by third-party sellers — what they feel is a mimicry of eBay’s business model and raison d’être. This time, eBay’s lawyers underlined their argument with the same CNN quote as they used in the previous suit, referring to Amazon as “an 800-pound gorilla with a hand grenade.” Amazon declined to comment on the new lawsuit.

The difference here is the level of coordination eBay is alleging. The first suit couldn’t prove that individual Amazon employees were acting at the direction of any higher-ups, but this one mentions three mid-level managers by name — the highest ranking being Sonja Boch, currently head of global seller recruitment at Amazon.

The previous lawsuit also didn’t say whether Amazon had succeeded in stealing sellers, while this one does: “The racketeering conspiracy that the Defendants and other Amazon managers directed was a success. Amazon representatives satisfied significant portions of their seller recruitment quotas through the illegal activity, and filled holes in Amazon’s product offerings[.]”

EBay’s terms of service explicitly prohibit this kind of recruitment, as well as exchanging emails and phone numbers over their messaging system, and Amazon employees agreed to those terms of service when they made the eBay accounts in question.

The suit quotes several seemingly damning messages from Amazon employees, including one in which an employee identifies himself as a member of a “hunter/recruiter team which actively searches for sellers” and several in which they type out email addresses with strange formatting (e.g. spelling out the words “dot” or “at”) and expressly saying that they’re trying to avoid detection. The managers listed in the suit are accused of training sales reps “on how to solicit eBay sellers … referred to internally as ‘prospecting.’”

The rivalry between eBay and Amazon is openly bitter, and has only escalated in recent months. Last week, eBay announced plans to launch its own fulfillment service next year, which will provide its sellers with the two-day delivery service that Amazon long considered its calling card. During Amazon’s annual Prime Day super-sale event just 10 days before that, eBay ran a “Crash Sale” — named to poke fun at the fact that Amazon’s website crashed repeatedly during its 2018 Prime Day.

Bank of America is giving its tellers a huge raise. It’s not out of generosity.
The best $80 I ever spent: TSA PreCheck
Elon Musk: SpaceX and the Boring Company will help the Thai boys trapped in the cave
Some lawmakers and school officials are trying to ban Nike after its Kaepernick ad
How beaches and pools became a battleground for US civil rights
Social media’s conspiracy theory problem isn’t going away