Edward Snowden says Facebook is just as untrustworthy as the NSA 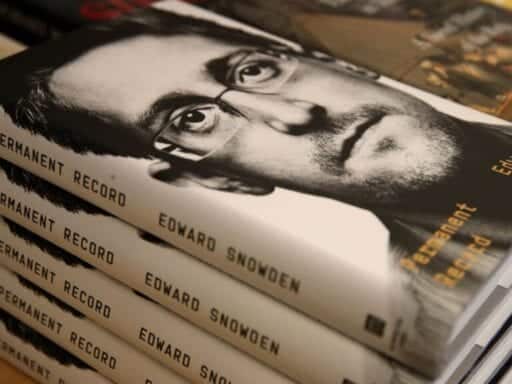 The NSA surveillance whistleblower issued a scathing review of tech in his upcoming interview with Recode’s Kara Swisher.

American whistleblower Edward Snowden is living a life of exile in Russia because he shared thousands of top-secret government documents with journalists. But six years after he exposed how the US government surveils the digital lives of everyday Americans, Snowden is not just worried about the powers of government agencies like the National Security Agency (NSA), he’s concerned about big technology companies, too.

In an upcoming interview with Recode’s Kara Swisher on the Recode Decode podcast, Snowden said he thinks it’s a “mistake” to see the NSA as a bigger threat to privacy than tech companies.

“Facebook’s internal purpose, whether they state it publicly or not, is to compile perfect records of private lives to the maximum extent of their capability, and then exploit that for their own corporate enrichment. And damn the consequences,” Snowden told Swisher. “This is actually precisely the same as what the NSA does. Google … has a very similar model. They go, ‘Oh, we’re connecting people.’ They go, ‘Oh, we’re organizing data.’” Although, Snowden said, these companies still don’t know as much as the government, which can gather information from all of the many tech platforms.

Snowden was talking to Swisher about the publication of his new book, Permanent Record, in which he details his journey from an idealistic young national security contractor, eager to help protect the US from foreign threats in the aftermath of 9/11, to a disillusioned whistleblower. The massive government surveillance effort he revealed in 2013 wouldn’t be possible without the data-gathering that tech companies do in the first place, Snowden said.

Snowden also pointed out that the Fourth Amendment — which protects citizens from searches unless law enforcement has a warrant or probable cause — only applies to government, not to companies. So while the FBI might need a warrant to probe your inbox, there’s no constitutional barrier to a company like Facebook searching and retrieving people’s private information without a judge’s approval.

The former NSA systems engineer said to better protect people from being exploited by the data collection of major tech companies, the US should have software liability laws. These would be similar to consumer product liability regulations that can hold companies and executives responsible for selling physical goods that harm people.

“We have serious liability laws in every other sector,” said Snowden. “If you produce medicine and put it on the shelves and your baby aspirin kills babies, you get sued. You go to jail, right? If you build a car and it catches on fire and kills people, you get sued, your company might get shut down, you might go to jail. We have no software liability laws in the United States.”

Recently, companies such as Facebook, Google, and Amazon have come under fire by regulators for their perceived negative effects on society — from alleged monopolistic practices to data breaches.

“When you look at technologists as a class, we’re at a fork in the road,” said Snowden. “There is a class led by Mark Zuckerberg that is moving toward the maximization of technological power and influence that can be applied to society because they believe they can profit by it or, rightly or wrongly, they can better use the influence that their systems provide to direct the world into a better direction. … And then you have this other fork in the road where there are people … [who] go, ‘The advance of technology is inevitable and technology can do very good things for the world, but we need to understand that there must be limits on how that technological power and influence can be applied.’”

Snowden also pushed back on the idea that people don’t care about their data privacy because they still use services like Facebook that have notoriously failed to steward user data.

“People actually care. They care very much. But they feel powerless to change it,” said Snowden, “so they adopt a position of laissez-faire, ‘I don’t care,’ as a psychological coping mechanism, because otherwise you are being victimized, and that’s a difficult thing to deal with.”