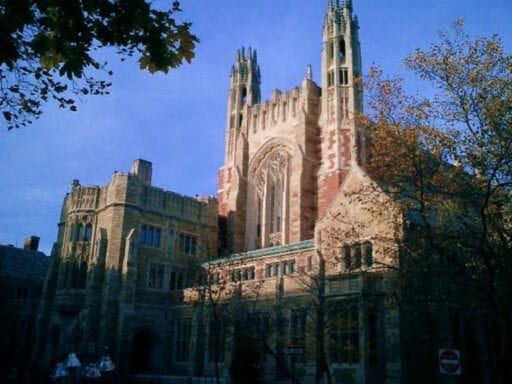 In the developing world, elites often place allegiance to one another above the public good. Now we’re seeing that tendency here.

Twenty-five years ago, I arrived at the Yale Law School as a young woman from Jamaica. Although I have never met Judge Brett Kavanaugh, I subsequently clerked on the United States Court of Appeals for the District of Columbia Circuit and I have heard nothing but praise about him from my many friends who know him. He is, by all accounts, an extraordinary public servant and a kind and generous person.

Moreover, he stands out for other reasons: When I clerked, there were very few women, and even fewer black people employed in those positions. As a black woman, I definitely stood out. Thus, I am particularly struck by the racial, gender, and ideological diversity among his clerks.

Given his impeccable credentials, unsurprisingly, in the past few weeks several opinion pieces have appeared from law professors across the ideological spectrum, praising his nomination.

Echoes from the developing world

These opinion pieces take me right back to my childhood in Jamaica. Development scholars who study the “Third World” often observe that it is rarely the poor who hamper the development and disrupt the functioning of institutions that must be strong and trustworthy in order for a nation to thrive.

More often, elites are the problem. In my own region of origin, the Caribbean, the problem is endemic. Elites act to protect other elites, even when they belong to different political parties and have widely divergent interests, and even when the fundamental institutions of their country are at risk.

Much of the praise of Kavanaugh fits that pattern. The clearest recent example that I have seen of such legal-elite back scratching is Akhil Reed Amar’s opinion piece, “A Liberal’s Case for Brett Kavanaugh,” in the New York Times. Amar, a Yale law professor called him a “superb nominee” who “commands wide and deep respect among scholars, lawyers and jurists.” He noted that Kavanaugh lived up to Trump’s promise to pick “someone with impeccable credentials, great intellect, unbiased judgment, and deep reverence for the laws and Constitution of the United States.”

Amar rattled off Kavanaugh’s elite credentials: He sits on the United States Court of Appeals for the District of Columbia Circuit, sends many clerks to the Supreme Court, and, yes, is an “avid consumer” of legal scholarship (including, presumably, scholarship from Yale).

Amy Chua, another Yale law professor, was similarly effusive in the Wall Street Journal, although she focused more on Kavanaugh’s role as a mentor to women clerks. Omitting all talk of his rulings (or the real-life implications of such rulings), she cited his work ethic, his “commitment to excellence,” and his decency.

I find it easiest to interpret fulsome praise of this sort through the lens of Pierre Bourdieu, the French sociologist. Bourdieu argues that elite status is inextricably tied with cultural capital; he speaks particularly about the love of art as a signifier of elite status. These defenses of Kavanaugh are pure Bourdieu, just with a legal patina. They are members of the same elite legal tribe — they have visited the same museums and speak the same language of refined criticism, even as they admire different paintings.

Now, this is not to completely dismiss the value of elites. Elites often serve an important purpose — as advisers, and as a force for counterbalancing some of the extreme views of cruder politicians.

Consider, for example, President Ronald Reagan’s nomination of John Noonan to the United States Court of Appeals for the Ninth Circuit in 1985. Noonan had been a director of the National Right To Life Committee, and so, for obvious reasons, liberals were concerned about Noonan’s likely jurisprudence on reproductive rights. Law professor Lawrence Sullivan played a key role in explaining to his friend, liberal Sen. Howard Metzenbaum, that setting aside reproductive rights concerns, Noonan was likely to be more sympathetic to civil rights than any other likely Reagan nominee. Sullivan’s prediction proved largely correct.

But we are living in different times, and the distinctiveness of the Trump administration ought to cause elite lawyers to think in a new way about their broader obligations to their fellow citizens. Much has been made of the fact that the Mueller investigation may yet reach the president, and that persons who are being investigated should not pick judges who may yet preside over their cases. The situation is made even more unsettling by the fact that Kavanaugh appears to have an expansive view of executive power.

But there is more: Trump’s presidency has put the fundamental institutions of the country at risk. We have been forced to consider whether the president may have received unlawful assistance from a foreign power during the election campaign and whether he obstructed the investigation of that issue by firing FBI Director James Comey.

After his attorney general, Jeff Sessions, properly recused himself from the Russia probe (on the grounds that his role as a political surrogate for the Trump campaign and his meeting with the then-Russian ambassador during the campaign might reasonably raise questions about his impartiality), the president publicly castigated him for doing so.

When you combine this with the president’s assertion that he can pardon himself, and with his statement that “I have the absolute right to do what I want with the Justice Department,” not to mention his multiple public denunciations characterizing even Republican-appointed federal judges as run-of-the-mill political actors — it is clear that foundational American institutions are taking a beating: the FBI, the Justice Department, and, yes, even the courts.

The integrity of the fundamental institutions of justice of the United States is being questioned. We may not reach the point of crisis that backsliding democracies like Turkey or Poland are seeing; Poland’s ruling party is, as I write, purging judges who do not support its agenda, and replacing them with allies.

However, we are perhaps not so far from that kind of scenario as many hope; particularly if Americans come to question the legitimacy of the judiciary in the way that the president clearly does.

Polish or Turkish law professors who write glowing testimonials about judicial nominees in these times would be rightly criticized by their peers. Too much is at stake.

In a time of institutional crisis, attending good schools and being a thoughtful colleague aren’t sufficient qualifications for the high court.

Amar clearly embraces the idea that presidents should exercise their political judgment to appoint brilliant elites whose rulings are likely to advance the presidents’ political agendas. And he supports the belief that senators should confirm such well-qualified nominees, regardless of whether the nominees’ rulings are likely to advance senators’ political agendas. While this argument might be appropriate for normal times, it is inappropriate in the Trump era.

As someone from the “Third World,” I fear that legal elites are taking their country’s institutions for granted. They see a colleague who is perhaps also a friend, with credentials very much like theirs, being nominated for the highest court in the land, and they quite understandably want to applaud.

In less politically precarious times, we might debate whether Kavanaugh’s impressive resume should earn him a “yes” vote, even from Democratic senators. But if anyone should realize that extraordinary “constitutional politics” are required in these abnormal times, it is the legal elites who are now writing in support of Kavanaugh.

As Jed Shugerman of Fordham Law School has noted, “no president [with] concrete and credible evidence of high crimes has ever appointed a Justice to the Supreme Court.” We need to be having a robust conversation about what it means that this is precisely what may be happening now.

And this is not a conversation for the pages of an obscure law review. Other law professors need to ask this question persistently and loudly in the public domain. It is the minimum that legal elites owe to their fellow citizens.

If legal elites fail to do so, they will be following a global practice where elites act to protect each other, creating tremendous risk not only for legal institutions, but also for non-elites. And non-elites are much more likely to need the law’s protection than are most graduates of Ivy League law schools.

Eleanor Marie Lawrence Brown is a professor of law and international affairs and a senior scientist at the Rock Ethics Institute, at the Pennsylvania State University. Find her on Twitter @athlynbryant.

Who’s winning the Democratic primary in the polls, explained
Sen. Mike Lee’s tweets against “democracy,” explained
“The status quo is dead”: Rebecca Solnit on America after the coronavirus
The Vast of Night is an exquisite indie sci-fi drama with Twilight Zone vibes
People love Trader Joe’s so much there are now professional Trader Joe’s influencers
Immigrant moms have had more preterm babies since Trump was elected