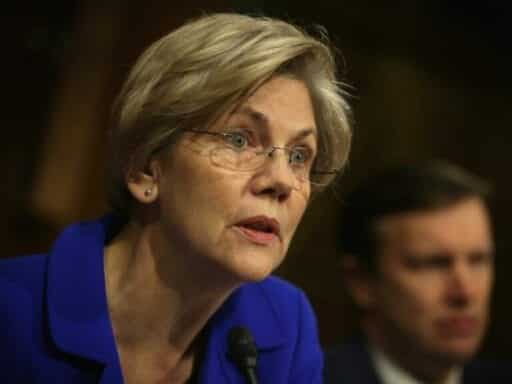 “This is not about politics; this is about principle. This is about what kind of a democracy we have.”

Sen. Elizabeth Warren (D-MA) continued to push for the impeachment of President Donald Trump at a CNN town hall on Monday night, telling her more cautious colleagues that they cannot avoid the issue because it is politically inconvenient.

”There is no political inconvenience exception to the Constitution,” Warren said, later adding: “This is not about politics, this is about principle. This is about what kind of a democracy we have.”

In her answer, Warren outlined her three main conclusions from Special Counsel Robert Mueller’s report on the Trump campaign and administration and Russian election interference.

“The first is that a hostile foreign government attacked our 2016 election in order to help Donald Trump,” Warren said. “The evidence is just there. Read it, footnote after footnote, page after page documentation. Part two, Donald Trump welcomed that help.”

Her third major conclusion, she said: “When the federal government starts to investigate part one and part two, Donald Trump took repeated steps aggressively to try to halt the investigation.”

At CNN town hall, @ewarren lays out case for Trump impeachment hearings: “There is no political inconvenience exception to the Constitution… In a dictatorship, everything in government revolves around protecting the person at the center, but not under our democracy.” pic.twitter.com/andj7pSkjR

Warren is one of the few 2020 Democratic contenders who has supported Congress pursuing impeachment — something Speaker of the House Nancy Pelosi has urged her party to approach with caution. Sen. Kamala Harris, Bernie Sanders and Cory Booker also said talks of impeachment were premature, as did Sen. Amy Klobuchar at an earlier town hall.

But Warren pushed back against the idea that impeachment would be too time-consuming — all evidence is laid out in the Mueller report, which clearly states the laws — she said, and argued that it is important in part to hold politicians responsible for their choices.

“If there are people in the House or the Senate who want to say that’s what a president can do when the president is being investigated for his own wrongdoings or when a foreign government attacks our country,” she said, “then they should have to take that vote and live with it for the rest of their lives.”