Elizabeth Warren says she lost her job when she got pregnant. Thousands of women every year say the same. 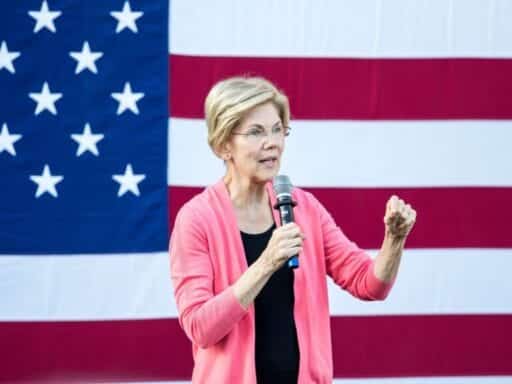 Pregnancy discrimination is illegal in 2019. It still happens all the time.

There was the woman who says she was fired after she asked about maternity leave. And the woman who says her boss repeatedly criticized her pregnancy weight gain and then let her go after she gave birth. And the one who says that hundreds of her injured co-workers were allowed to take a break from heavy lifting — but when she was pregnant, she was told there was no work for her.

While pregnancy discrimination has been illegal in the United States since 1978, all three of these women were pregnant and working in the 2010s. It’s an issue that has come to the fore in recent days because Sen. Elizabeth Warren, now one of the leading candidates for the 2020 Democratic presidential nomination, has said she was let go from her teaching job in 1971 after her employer learned she was pregnant. Some media outlets have questioned the veracity of her story, as Vox’s Emily Stewart explains. But according to many women who have come forward in recent years, experiences like the one Warren describes weren’t just common in 1971 — they remain common today.

The controversy around Warren’s experience is evidence that as the senator climbs in the polls, she’s starting to get more scrutiny as a candidate, Stewart points out. But it’s also an opportunity for more sustained attention to an issue that affects thousands of Americans every year, and that Congress could actually do something about.

“This is not a problem that was left behind in the 1970s,” Elizabeth Gedmark, a senior staff attorney at A Better Balance, a nonprofit that works on pregnancy discrimination, told Vox. “It is still alive and well.”

Pregnancy discrimination has been illegal since 1978. But it’s still happening.

Until 1978, pregnancy discrimination was legal in America, Gedmark said. If an employer wanted to fire someone for getting pregnant in 1971, the year Warren says she was let go from her teaching job, there would have been nothing to stop it.

Seven years later, workers got some protection with the Pregnancy Discrimination Act, which bars employers from firing or demoting people because they are pregnant. The law also says that employers must treat pregnant workers the same way they would treat others with a similar ability to work. So if the employer would grant light duty to someone with an injury preventing them from lifting heavy objects, that employer is supposed to let a pregnant worker with a similar limitation work light duty as well.

In practice, however, “the standard really is not working for huge numbers of workers,” Gedmark said. Even after 2015, when the Supreme Court found in favor of a UPS worker who said she was denied accommodations during her pregnancy when workers with disabilities — and even workers who had lost their licenses due to drunk driving — got adjusted duties, lower courts routinely rule against women who bring pregnancy discrimination suits, she said.

It’s often hard for workers to know exactly how other people at the company are being treated, Gedmark explained, which makes proving their case difficult. And even when they can show different treatment, they sometimes lose. Gedmark pointed to the case of Cassandra Adduci, a FedEx worker who says she was denied light duty when her doctor told her not to lift heavy weights during her pregnancy. She came to court armed with a spreadsheet of 261 other FedEx workers who got light duty for reasons other than pregnancy, as A Better Balance details in a 2018 report. She still lost her case.

One woman the Times reporters spoke to was Otisha Woolbright, who worked at a Walmart deli when she was pregnant in 2013, lifting 50-pound trays of chicken into an oven. Three months into her pregnancy, Woolbright says she started bleeding and was told by her doctors that she needed to transfer to light duty. Walmart eventually granted the request. But Woolbright says she was soon fired — three days after she asked about maternity leave.

But accounts of pregnancy discrimination come from across industries, including from ostensibly feminist workplaces. Melissa Teitel became pregnant with her first child in 2014 while working as director of sales for the fashion label started by designer Prabal Gurung. Though Gurung is an outspoken proponent of women’s equality who once sent models down the runway wearing T-shirts reading “the future is female” and “nevertheless, she persisted,” Teitel told Vox last year that during her pregnancy, he repeatedly made derogatory comments about her body and weight, saying things like “nobody should see those legs.” When Teitel requested to do some of her work from home after her baby was born so she could continue breastfeeding, she says she was let go from the company.

A spokesperson for Prabal Gurung said Teitel left of her own accord, and that her account “does not in any way reflect the spirit or culture of our work space.” But Teitel told Vox on Tuesday that years later — and more than a year after she first spoke publicly about her experience — the memory is still painful.

It was “nine months of my life that changed me in a lot of ways and that made my experience of having a baby just horrible,” she said. “I don’t think that any woman should have to go through that.”

After Warren’s story started getting scrutiny, many people came forward on Twitter to share their own experiences of pregnancy discrimination. Warren highlighted some of them in a video released early Wednesday morning. “Telling our stories is one way we can fight back,” the candidate said.

After I became visibly pregnant, I was told that the job I’d been promised for next year would go to someone else. Pregnancy discrimination is real, and it still happens today—but telling our stories is one way we can fight back. Here are some of your stories that I heard today. pic.twitter.com/x1pe2ikzTr

Advocates are calling for a stronger law to fix the problem

Anti-discrimination advocates hope that attention to Warren’s story could go beyond scrutiny of her individual case, leading to an increased focus on how to protect pregnant people in the workplace. One key reform, many agree, is the Pregnant Workers Fairness Act. The proposed federal legislation would hold employees to a standard similar to that in the Americans With Disabilities Act, Gedmark explained. Employers would have to provide reasonable accommodations for pregnant workers unless it would be an undue hardship for them. This would eliminate the need for pregnant people to compare themselves to other workers and “provide very clear guidance” for what employers should do, Gedmark said.

The act has been introduced in Congress multiple times and been cosponsored by many of the 2020 Democratic candidates for president, including Sens. Warren, Kamala Harris, and Bernie Sanders. In her recently released labor reform plan, Warren pledged to fight for passage of the legislation.

The Pregnant Workers Fairness Act currently has little chance of passing the Republican-controlled Senate. But advocates hope that discussion of Warren’s history will have the side effect of directing public attention to the severity of pregnancy discrimination today. And people who have spoken out about the discrimination they faced want to see a fairer workplace for others.

“I hope that when it’s my daughter’s time to be in the workplace, that things are different,” Teitel said.