Elon Musk and the Thai cave rescue: a tale of good intentions and bad tweets 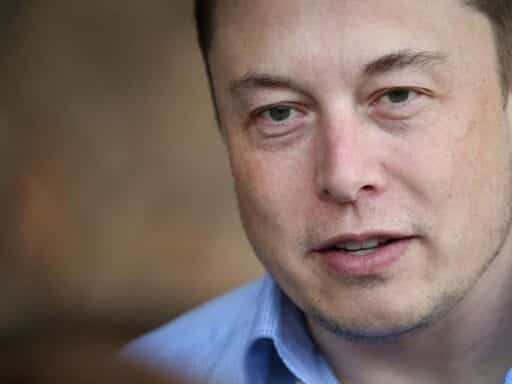 He’s now apologized for calling one of the rescuers a “pedo.”

Musk had come under fire earlier this week after he nonchalantly referred to one of the British rescuers involved in the Thai cave rescue as a “pedo guy” — implying that he was a pedophile. Despite the immediate outcry, Musk initially refused to back off his comments.

The subject of Musk’s tweet, Vernon Unsworth, had slammed the tech leader’s efforts to aid in the cave rescue by building a miniature submarine, calling it a “PR stunt” in an interview with CNN. In response, Musk launched his unfounded attack.

“His actions against me do not justify my actions against him, and for that I apologize to Mr. Unsworth and to the companies I represent as leader,” Musk wrote on Wednesday, after lightly disparaging Unsworth once more.

Nonetheless, his actions against me do not justify my actions against him, and for that I apologize to Mr. Unsworth and to the companies I represent as leader. The fault is mine and mine alone.

Musk typically lashes out on Twitter without any retraction. (One of his recurring targets is the media, which he has repeatedly blasted for unflattering reports about Tesla.) But his “pedo” comment was widely considered shocking, even for him.

The saga started with what seemed like a promising philanthropic effort: After 12 young soccer players became trapped in a cave in Thailand, Musk offered up the help of engineers from SpaceX and the Boring Company. He also deployed experts from Tesla to help design a pod that could be used to transport members of the soccer team who were stranded.

The boys were eventually rescued in a massive international rescue operation with divers carrying them through the cave on stretchers — a mission that did not end up using Musk’s submarine.

While many lauded Musk’s efforts, a fair share of people (including Unsworth) mocked his attempts to involve himself in the rescue at all. This back-and-forth ultimately culminated in one of Musk’s Twitter rants, with a slew of insults slung at any who dare impugn his work.

Musk’s critics have seized on the latest Twitter attacks as yet another sign of his thin-skinned nature and rash temperament — something he has said he’s working on. As his recent remarks indicate, that effort might still be a work in progress.

Here’s how it all unfolded.

July 4: Musk wonders if he can help with the Thai cave rescue effort

About a week after the Thai soccer team disappeared into the Tham Luang Nang Non cave system, Musk wrote a tweet asking if he could aid in the rescue in some way.

I suspect that the Thai govt has this under control, but I’m happy to help if there is a way to do so

“I suspect that the Thai govt has this under control,” he tweeted — which did, in fact, turn out to be the case — but the tweet showed Musk was considering trying to intervene.

Two days later, Musk posted about sending other experts to help with other on-the-ground needs at the rescue site. Some of the technologies he tweeted about included drills, water pumps, and battery packs.

SpaceX & Boring Co engineers headed to Thailand tomorrow to see if we can be helpful to govt. There are probably many complexities that are hard to appreciate without being there in person.

It’s unclear whether these efforts were utilized during the rescue, but Musk’s tweets suggest that the engineers were on hand to provide other logistical help as well. A SpaceX spokesperson did not immediately respond to a request for comment.

Got more great feedback from Thailand. Primary path is basically a tiny, kid-size submarine using the liquid oxygen transfer tube of Falcon rocket as hull. Light enough to be carried by 2 divers, small enough to get through narrow gaps. Extremely robust.

Musk then noted that he was “iterating” with Thai cave experts to determine the optimal design for some sort of “escape pod.” Following these conversations, he landed on the idea of using a “kid-size submarine” that could potentially help shuttle the trapped Thai boys to safety.

Some wondered whether Musk would be able to complete the project in time to contribute to the rescue, given the extreme pressure the team was facing from impending rains. He appeared to think he could — but suggested that the submarine might also be relevant for future endeavors if it didn’t play a role in the team’s efforts this time around.

Construction complete in about 8 hours, then 17 hour flight to Thailand

Mini-sub arriving in about 17 hours. Hopefully useful. If not, perhaps it will be in a future situation.

He also offered a glimpse of the submarine getting tested in a California swimming pool.

Just returned from Cave 3. Mini-sub is ready if needed. It is made of rocket parts & named Wild Boar after kids’ soccer team. Leaving here in case it may be useful in the future. Thailand is so beautiful. pic.twitter.com/EHNh8ydaTT

Roughly a day later, Musk offered another Twitter dispatch after visiting “Cave 3,” and said he would be leaving the “mini-sub” in Thailand in case it could be useful down the line. As one Thailand-based translator tweeted a few days later, the Thai Navy did huddle with SpaceX engineers to discuss future applications of Musk’s technology.

Just got back from Cave 3

July 10: All 12 Thai players are rescued — without Musk’s submarine

The last of the Thai players was successfully pulled from the cave on July 10. Divers helped carry the boys — who were equipped with scuba masks — through the winding pathway of the cave on stretchers, writes Vox’s Radhika Viswanathan.

Though rescuers initially said they were going to teach the boys to swim out of the flooded cave accompanied by expert divers, on Wednesday, we learned that instead the boys had been given medication and put on stretchers before they were passed from diver-to-diver through the cave.

Musk cheered the rescuers following the mission’s success. The mini-submarine was not ultimately used.

Great news that they made it out safely. Congratulations to an outstanding rescue team!

This is where things started to sour: While Thai rescuers praised Musk’s technology, some said it wasn’t “practical” for their plans. “Although [Musk’s] technology is good and sophisticated, it’s not practical for this mission,” Narongsak Osatanakorn, the head of the joint command center overseeing the operation, told the Guardian.

Musk quickly hit back at Osatanakorn, noting that he was “not the subject matter expert,” and expressed doubts about his credentials, according to The Guardian. Musk added that Osantanakorn was “inaccurately described as rescue chief.”

He later shared his email correspondence with Richard Stanton, one of the members of the rescue team, in an effort to prove his point — and seemed bewildered by the backlash toward his attempt to help.

The former Thai provincial governor (described inaccurately as “rescue chief”) is not the subject matter expert. That would be Dick Stanton, who co-led the dive rescue team. This is our direct correspondence: pic.twitter.com/dmC9l3jiZR

This reaction has shaken my opinion of many people. We were asked to create a backup option & worked hard to do so. Checked with dive team many times to confirm it was worthwhile. Now it’s there for anyone who needs it in future. Something’s messed up if this is not a good thing.

Please consider this a commitment that I will fund fixing the water in any house in Flint that has water contamination above FDA levels. No kidding.

Given his recent contributions, some wondered if Musk would also chip in and help with other ongoing crises, with one Twitter user attempting to goad the entrepreneur into bringing clean water to Flint, Michigan.

“I heard a bunch of people saying there’s NO WAY you could help get clean water to Flint, Michigan,” the user tweeted, citing others who had undermined Musk. Musk made a commitment to fixing the issue almost on the spot. (Others swiftly parroted this tweet and tried to provoke Musk into addressing topics as varied as their friends’ love lives and crumbling national infrastructure.)

All of that brings us to the explosive “pedo” comment.

As Vox’s Emily Stewart details, Unsworth, the British diver involved in the cave rescue, wasn’t quite as kind as Osantanakorn in his take on Musk’s submarine. In an interview with CNN, Unsworth slammed the pod as merely a “PR stunt,” and said “it had absolutely no chance of working,” noting that the device would not have been able to navigate corners and obstacles given how rigid it was.

Cave rescuer on Musk: “It was a PR stunt. It had no chance of working.” pic.twitter.com/uPgRMQLkRx

Musk snapped, suggesting that he didn’t recall seeing Unsworth at the rescue site and saying that he would produce a video that would prove the submarine could, indeed, work. Seemingly out of nowhere, he then called Unsworth a “pedo guy” — accusing him of being a pedophile. It’s an insult that’s become common in some far-right online circles, and even compared to Musk’s history of incendiary tweets, the comment was striking:

“We will make one of the mini-sub/pod going all the way to Cave 5 no problemo. Sorry pedo guy, you really did ask for it,” he wrote in a since-deleted tweet.

This got overwhelming pushback, with many Twitter users arguing that calling someone a pedophile is a serious allegation that can’t just be lobbed as a casual insult. Tesla’s stock also took a dip after Musk’s statement and multiple investors in the company expressed concerns.

Musk later responded to some of this criticism by writing simply, “Bet ya a signed dollar it’s true.” Unsworth has said he’s considering legal action over the remark.

July 18: After much consternation over the “pedo guy” comment, Musk apologizes

Following the blowback, Musk begrudgingly apologized to Unsworth about his “pedo guy” remarks and said they were made “in anger,” given the negative reactions to his “act of kindness.”

As this well-written article suggests, my words were spoken in anger after Mr. Unsworth said several untruths & suggested I engage in a sexual act with the mini-sub, which had been built as an act of kindness & according to specifications from the dive team leader.

This isn’t the first time Musk has said he needs to temper his Twitter comments. He recently expressed regrets about his inclination to go on the offensive on the social media platform.

“I have made the mistaken assumption — and I will attempt to be better at this — of thinking that because somebody is on Twitter and is attacking me that it is open season,” Musk told Bloomberg. “And that is my mistake. I will correct it.”

This apology seems like a good place to start.

Texas worked in secret with Trump officials to obstruct Biden’s immigration policy
He signed up to DJ on a cruise ship. Then coronavirus struck.
There are now five confirmed US coronavirus cases. Experts say it’s no cause for alarm.
Trump’s plan to let employers discriminate against LGBTQ workers, explained
This painting explains a surprising amount about about your political views
One company thriving in the pandemic? Bath & Body Works.